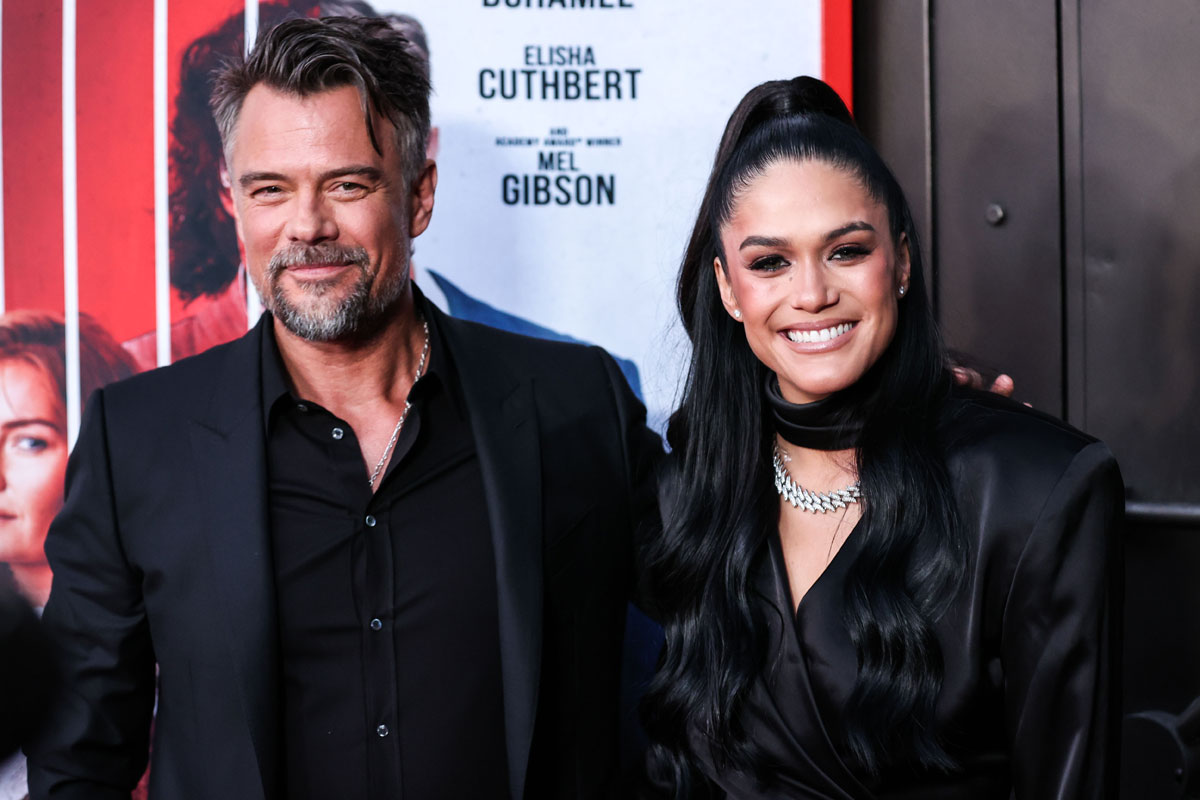 Josh Duhamel kind of fell off my radar after he and Fergie announced their divorce 2017. I guess he’s been doing his rom-com and action movie thing and he dated Eiza Gonzalez for a little while in 2018. According to earlier coverage, Josh met and began dating a 28-year-old former Miss World America named Audra Mari, then he and Fergie finalized their divorce in 2019, and then he proposed to Audra. They got married a couple of weeks ago in North Dakota and made their red carpet debut at the premiere of Josh’s new movie, Bandit.

Josh Duhamel is in marital bliss!

The actor and his wife Audra Mari made their first red carpet appearance since getting married in Fargo, North Dakota earlier this month, attending the premiere of the actor’s new movie Bandit on Wednesday at Harmony Gold Theatre in Los Angeles.

On the carpet, Duhamel looked dapper in an all-black suit. Mari, a model and 2016’s Miss World America, was equally fashionable in a black dress with a high-low hemline and exaggerated shoulders.

The newlyweds, who tied the knot on Sept. 10, got cosy as they stood arm-in-arm while posing for photographers.

In regards to their wedding day, he added the “most memorable moment was seeing her [in her wedding gown.]”

Bandit — which is based on a true story — stars Duhamel as Gilbert Galvan Jr., who escaped a Michigan prison and went on the run to Canada where he robbed 50 banks in three years. The film will be released in theaters on Friday.

Following their wedding, in an interview with Vogue Australia, Mari shared that their special day almost did not happen.

The morning of their nuptials, the actor ended up in the emergency room after injuring his back the night before. She told the magazine he had been “pulling some wild dance moves on the party bus,” which caused a slipped disc.

“Cue the cortisone shot and let’s get married!” she said, remembering her reaction to the unanticipated ordeal.

She and Duhamel did go on to get married on schedule, tying the knot in North Dakota on the rooftop of the area’s Jasper Hotel.

After their wedding, they rode in the back of a cool, vintage, red convertible. Fun! So, unsurprisingly, Audra is 28 and Josh is 49. Um, they look better matched than, say, Dane Cook and his young fiancee. Josh definitely looks older than Audra, but it looks more like a normal large age gap and not like he started dating one of his friend’s daughters. It seems like they met when Audra was already in her mid-20s (Leo would never) so that’s a plus. But, um, if your groom slips a disc just from dancing the night before the wedding, maybe he’s a little old for you? Anyway, it’s good he’s okay and they were still able to go ahead with their wedding. I’ve never been to North Dakota, but I’m sure they had a beautiful wedding there. They look happy in their red carpet photos. They’re quite a tall couple. 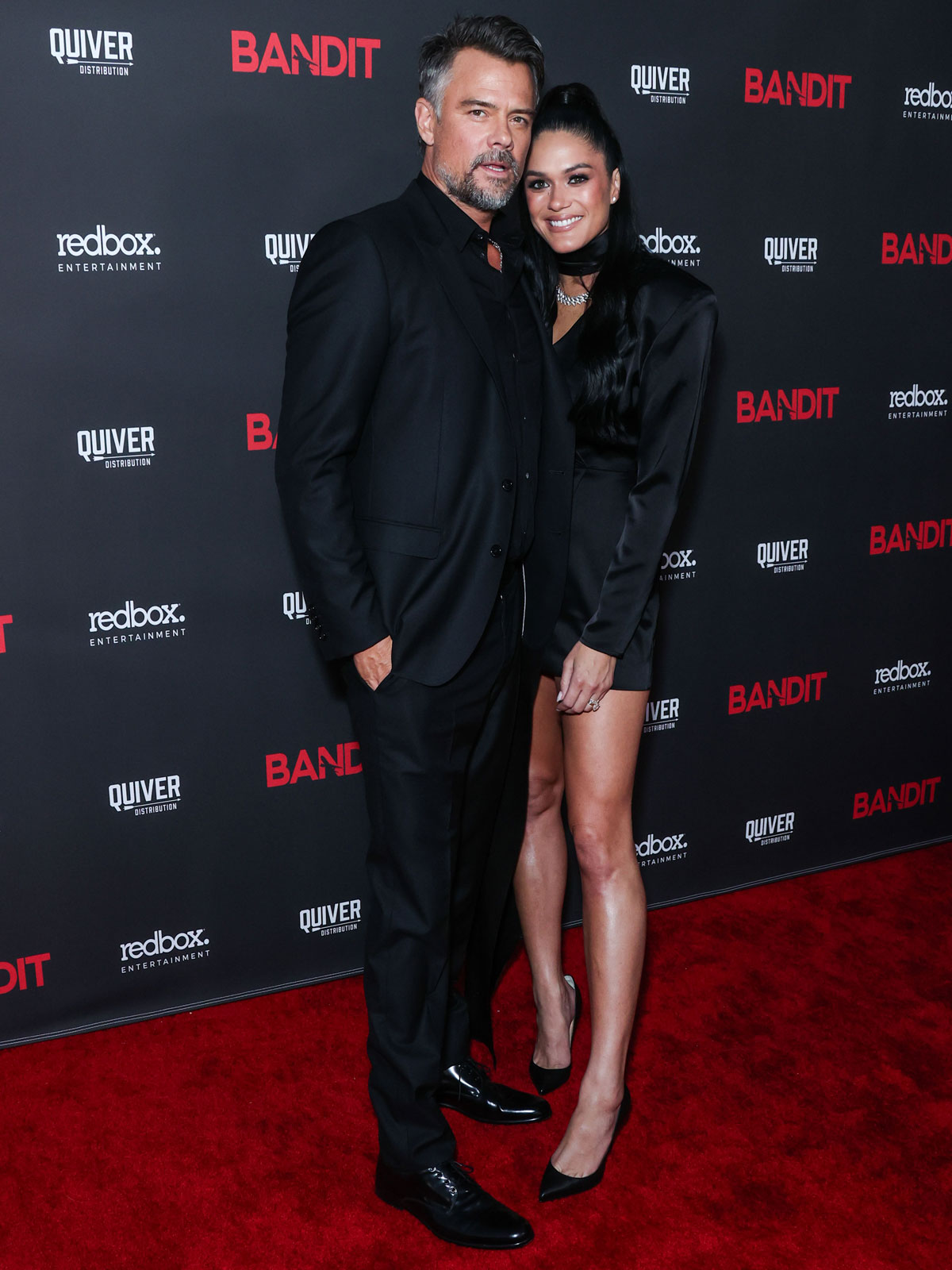