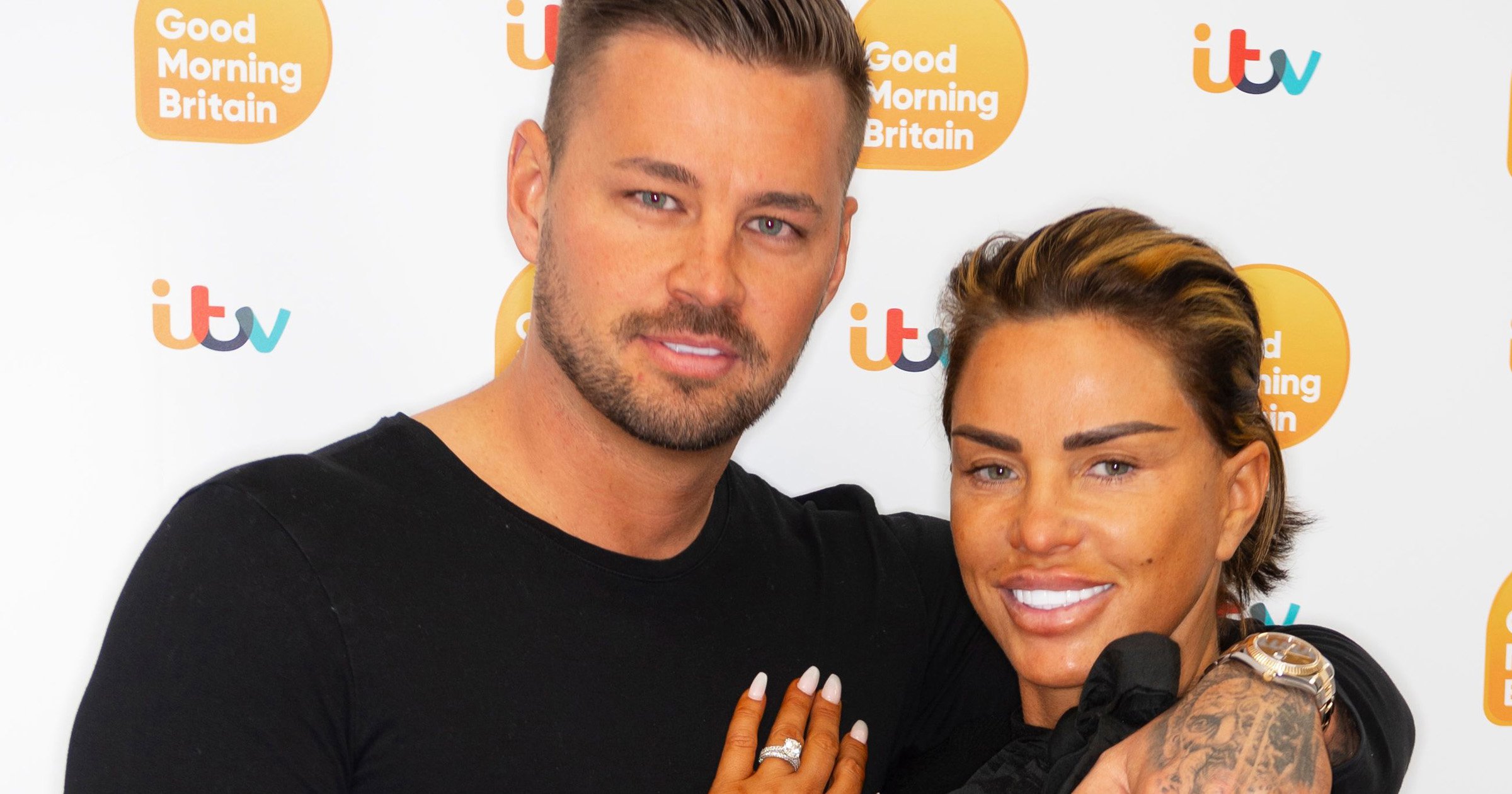 Katie Price has revealed she is considering having a fifth cesarean section in order to have a child with fiancé Carl Woods.

The couple, who have been open about trying to conceive, are looking into options to have a child together, including using a surrogate.

Katie, 43, already has five children, but wants to expand her brood with another baby with Carl, 32.

During an appearance on Australia’s Studio 10 on Friday, she revealed: ‘I’ve decided [to have more kids] as they get older, and they leave the house, you know I’m so nurturing.

‘But because I’ve had four caesareans, they only recommend three. I have seen a gynaecologist and they said that I would be able to have another one. If not, I would do surrogacy.’

Katie admitted: ‘I’m not finished yet, I definitely want more babies. When you get old, I might look young and act young, but our bodies inside are getting old whether we like it or not.

‘So the next baby I have I will have to do IVF, I already know that. So that is another journey that I will talk about.’

The couple have been open about their struggle to conceive naturally after taking several ‘baby-making holidays’ together to try and get pregnant.

Katie is already mum to Harvey, 19, with footballer Dwight Yorke, as well as Junior, 15, Princess, 13, who she shares with ex-husband Peter Andre and Jett, seven, and Bunny, six, with ex-husband Kieran Hayler.

She previously told The Sun, that she and Carl were exploring IVF, revealing: ‘We’re going to call the baby Miracle. I’m doing this for my mum. She told me to have IVF so she can see us have kids. It will break my heart if she can’t.’

The former glamour model added: ‘It has not happened naturally, unfortunately. I thought it would be easy as I’ve never had to plan it before. It’s always just happened.’