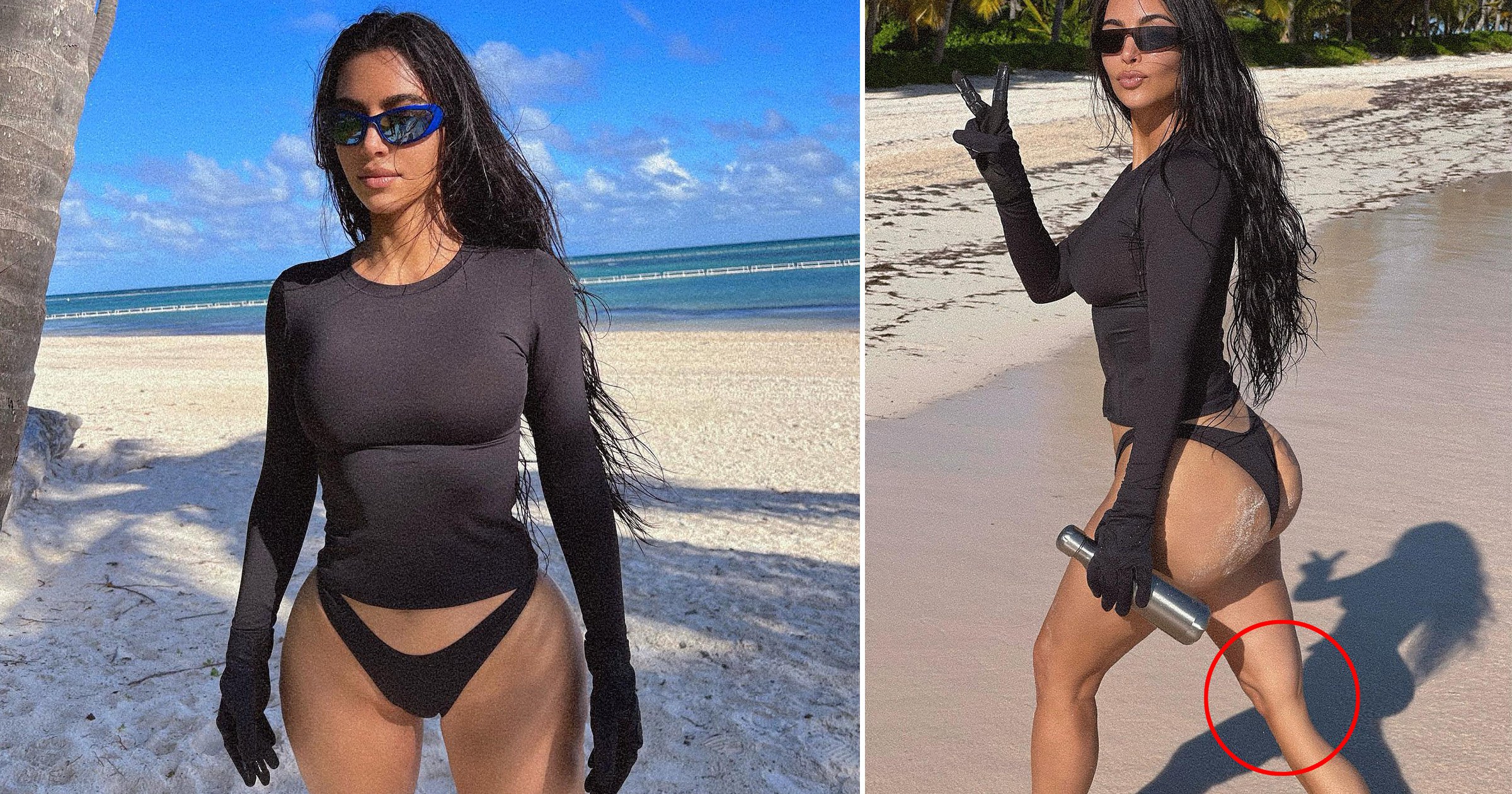 Kim Kardashian ‘deleted’ an Instagram post in the blink of an eye after she was accused of Photoshopping her picture.

The Keeping Up With The Kardashians star recently jetted to the Bahamas with rumored boyfriend Pete Davidson, after they were romantically linked.

Taking to the social media platform with a string of pictures, the 41-year-old gave fans a glimpse into an idyllic beach trip, showing her dressed in bikini bottoms and a long-sleeved top.

In one photo, which has since been removed, she could be seen flashing a peace sign as she walked on the shore.

However, while we’re more baffled by her decision to wear huge black gloves on the beach, eagle-eyed followers spotted a bizarre distortion in her leg.

She later re-posted the very same gallery without the picture in question, leading to fans questioning just what was happening.

Flocking to Twitter, one wrote: ‘Why does Kim’s arm look bigger than her leg?’

‘That leg is looking concerning Kimmy,’ another posted.

A follower asked: ‘Whats happening to the calf in last pic lol?’

Kim is thought to be dating Saturday Night Live comedian Pete following her split from Kanye West at the beginning of last year.

In a new interview, Kanye took aim at the businesswoman – who he shares children North, Saint, Chicago and Psalm with – for kissing the actor in front of him, and making jokes about their divorce in her monologue.

Appearing on Hollywood Unlocked, he told Jason Lee: ‘How you gonna bring me to SNL and then kiss the dude you dating right in front of me?’

The Grammy winner also insisted that he wanted to ensure that their children are kept far away from the drama.

‘Cause they can go on SNL and make jokes. They can make jokes in the media,’ he continued on the famous family.

‘They can plant stories about whoever I’m dating whatever they want to do. They can block deals they could do all that type of stuff.

‘But I’m gonna tell you straight up, don’t play with my kids.