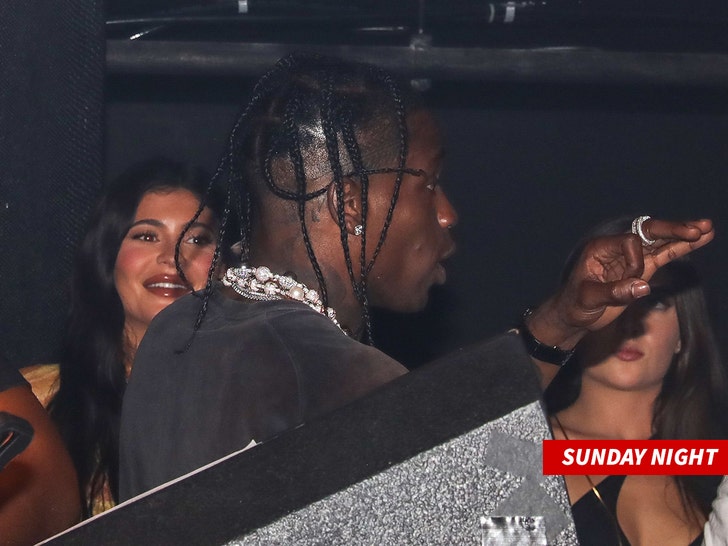 Kylie Jenner made a big gesture for her baby daddy, Travis Scott — flying across the country to be by his side as he celebrates his birthday.

She zipped over to Miami Sunday, and joined Trav for a group dinner at Komodo. Our sources tell us they rolled through with their entourage and security detail … and broke bread at a private table.

She was on hand for the post-dinner clubbing too, and didn’t try to hide her appearance either. 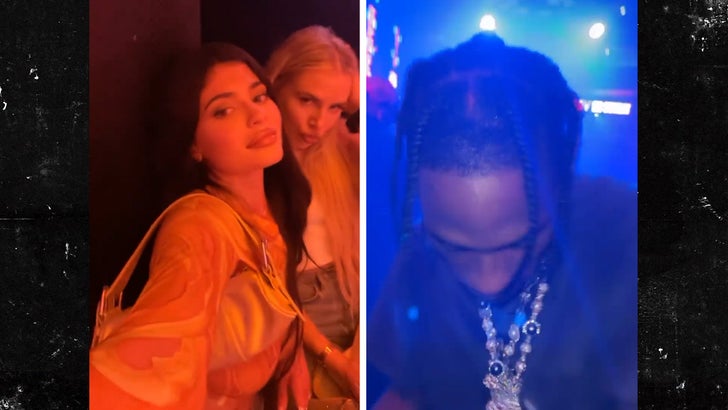 In fact, she captured some flirtatious horseplay between them both … which, at first glance, suggests something’s up.

On her IG Story, Kylie recorded Travis dancing up near her … and her playing footsie with him. He dished out some affection too, grabbing a hold of Kylie’s leg and giving her several love taps.

You could see all this and think … yeah, they’re fully back together. Or it could all be friendly — it’s hard to really say at this point.

If they are back, though … it doesn’t look like they’re trying to be low-key about it at all, and folks inside LIV definitely noticed.

flies, Jenner, Kylie, Miami, to
You may also like:

This Is How Much Chyler Leigh Is Really Worth