During an intervention on ‘Law & Order: Organized Crime,’ Elliot shocked Olivia and his kids by saying those three epic words to Olivia: ‘I love you.’

Elliot gets into a car accident with Eli  in the April 22 episode of Law & Order: Organized Crime as he continues to get consumed in his pursuit to bring the people who killed Kathy to justice. Kathleen goes to Olivia to ask for her help. Kathleen tells Olivia that Elliot has nightmares, and they’ve tried to talk to him and get him into treatment. “I need your help, Olivia,” Kathleen pleads.

Olivia doesn’t know what Kathleen thinks she can do. Kathleen and Maureen want to stage an intervention with their dad. “It won’t work unless you’re part of it,” Kathleen says. 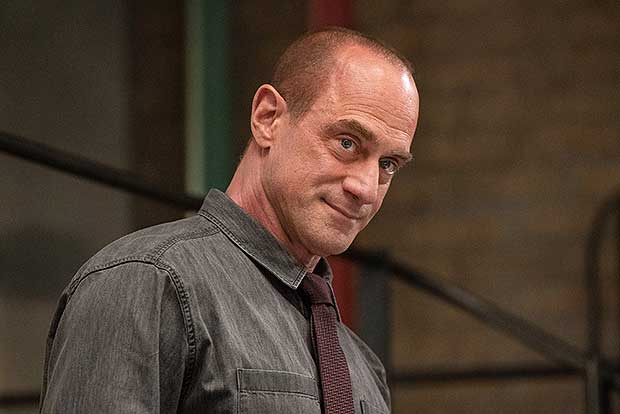 Later, when Elliot gets home, he’s greeted by Olivia and his kids. Right away, he knows something’s up. “This is an intervention,” Kathleen tells her dad. Olivia chimes in that this about what they had discussed. Elliot gets heated that Olivia would bring up what they talked about in private.

“They’re worried about you because of all the things that we have witnessed,” Olivia says to Elliot about the kids. They just want to sit and talk. Elliot doesn’t think he can do that. “Elliot, tell us what you need,” Olivia continues.

Elliot drops the mother of all bombshells. “I love you,” he says to Olivia. Olivia is stunned, and he’s nearly speechless over what he’s said. He’s certainly opened a can of worms now. It’s clear they love each other, but this feels different. Elliot tears up and clarifies, “I love all of you.” He tells the rest of them that he doesn’t think he can do this. Olivia begs Elliot to grab onto her and the kids. He admits that they’re only pushing him further away. He knows they only want to help, but he’s not going to stop. 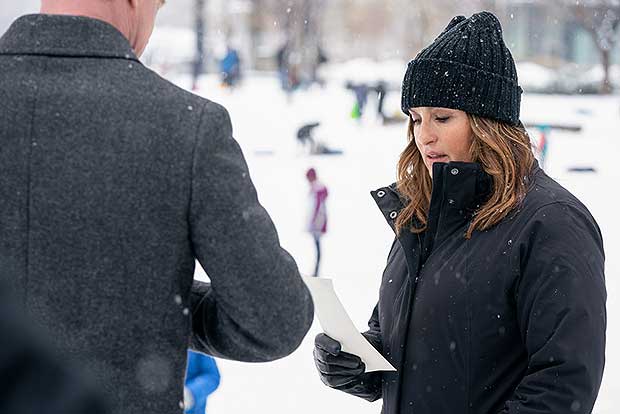 Since Organized Crime began, Elliot and Olivia have been reconnecting after 10 years apart. Olivia was there for Elliot when Kathy died, and he fell apart in her arms. “You were the single most important person in my life, and you disappeared,” Liv told him during their much-needed conversation. Elliot replied, “I was afraid if I heard your voice, I wouldn’t be able to leave.” Later, Elliot handed Olivia a letter that he wrote to her. Fans still do not know what Elliot said to Olivia in the letter, but this latest confession may be a hint.