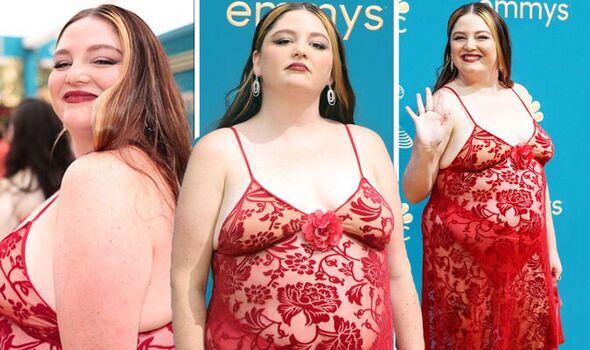 Megan Stalter, 32, ensured all eyes were on her as the American actress wowed in a stunning lace dress leaving very little to the imagination.

Taking to the red carpet at Emmy Awards 2022, the Hacks actress risked an awkward wardrobe malfunction after revealing her undergarments in a sultry red gown.

Megan posed for a series of photos in the red lace number before heading into the awards ceremony.

She opted for a frock giving a naked illusion as the sheer dress drew attention to her undergarments while sporting a see-through dress.

The red dress featured patterned detail as she paired her look with matching red shoes.

Megan’s hit HBO Max series Hacks – which sees Hollywood veteran Jean Smart and Hannah Einbinder in the lead roles – has been nominated for a total of three Emmys, including Outstanding Comedy Series.

On Monday night, the Emmy Awards returned to the Microsoft Theatre in Los Angeles after a two-year absence during the ongoing coronavirus pandemic. 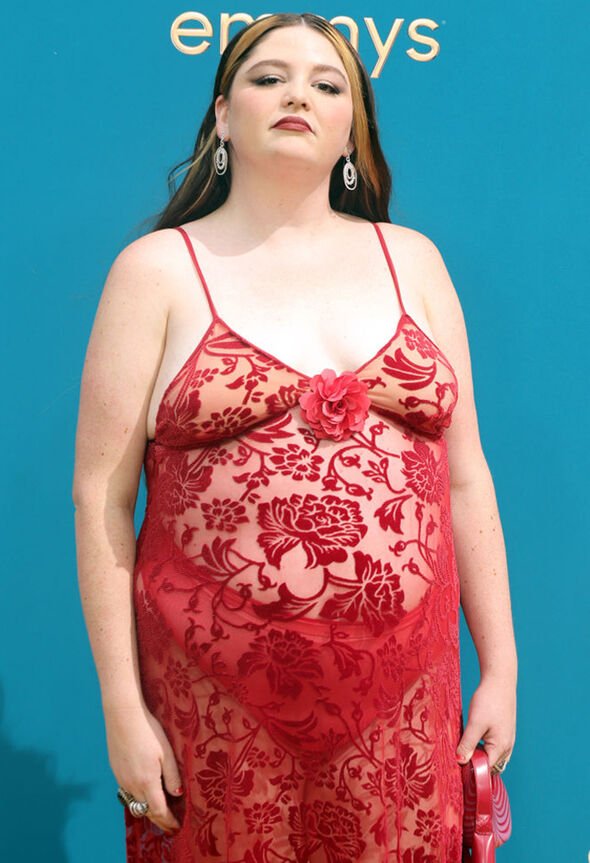 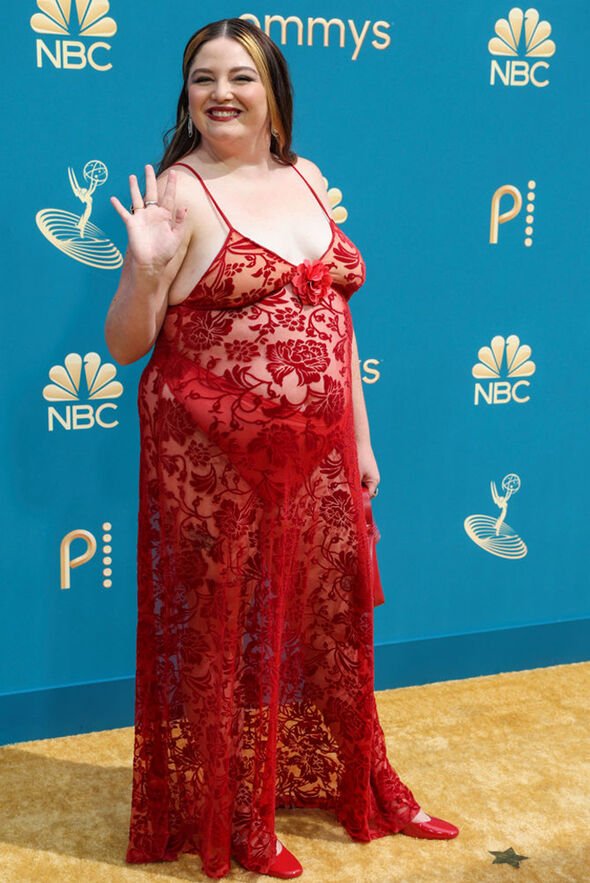 Megan Stalter was all smiles at the Emmy Awards 2022

To protect her modesty, Megan Stalter rocked a pair of red high-waisted shapewear. 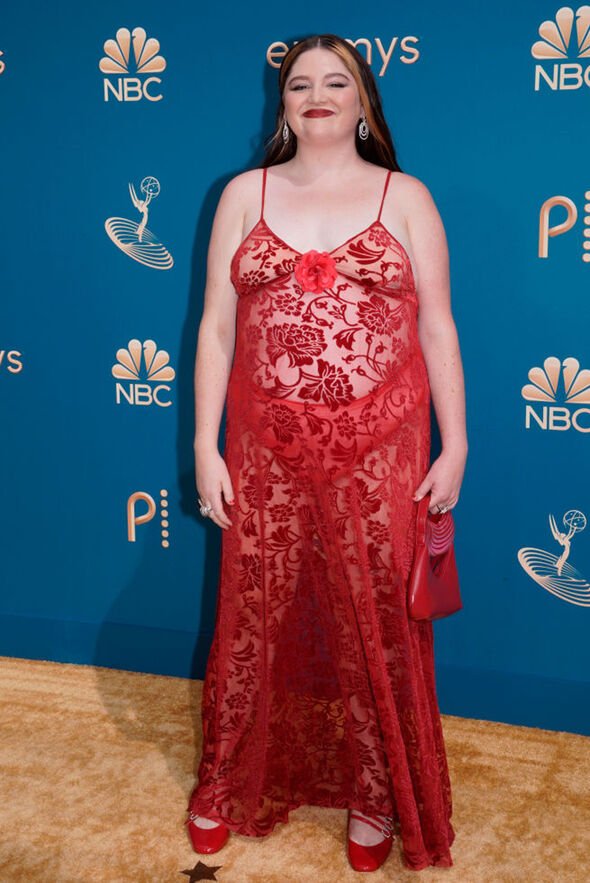 The Ohio native rocked a bold brick red lip and thick black eyeliner. Her cheeks were dusted with a generous amount of hot pink blush.