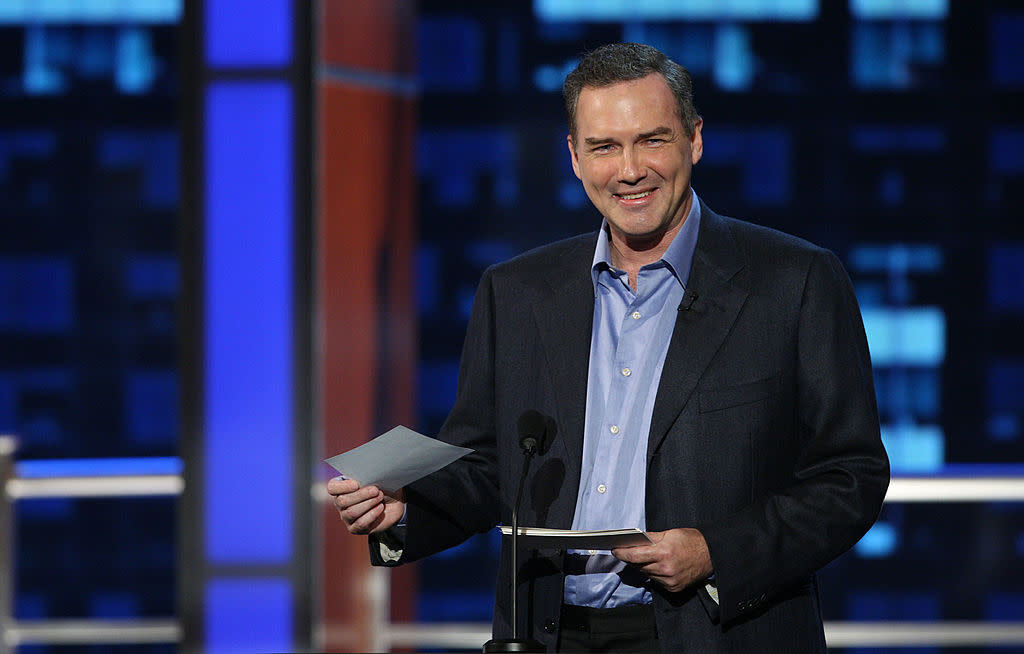 Norm Macdonald was not part of the traditional “In Memoriam” segment Monday at the Emmys, even though he was shown just before it, when his posthumous comedy special, Norm Macdonald: Nothing Special, was recognized as a nominee in the category of variety special.

And people on social media quickly noticed it.

Was I not paying attention, or did they not mention Norm Macdonald during the in memoriam?

To which others correctly pointed out that Macdonald was actually featured in last year’s show. An image of Macdonald sitting at Saturday Night Live’s “Weekend Update” desk played just before the end of the package, as Jon Batiste and Leon Bridges performed Bridges’s song “River.”

Macdonald died Sept. 14, 2021, after struggling with cancer for almost a decade. He had chosen to keep his diagnosis private. The Emmys were held five days later, on Sept. 19.

However, Macdonald’s special, which was up for three awards total this year, was released in May 2022, making it eligible for the competition. It was Macdonald doing a run-through of a set that he planned to record later in front of a live audience, but never had the chance to do.

On this year’s show, John Legend gave a moving rendition of his song “Pieces,” as images of Betty White, Nichelle Nichols, Bob Saget, Sidney Poitier, Anne Heche and many others flashed on a screen.

But there were some notable names that were not included, as is often the case. Among them were Friends actor James Michael Tyler, Goliath actor William Hurt and Meat Loaf, who was primarily known as a musician but appeared in many shows over the years, including Glee and Elementary.

WHY CAN’T AWARDS SHOWS DO IN MEMORIAM SEQUENCES WELL? WHY? #theemmys

If you wanted to see IN MEMORIUM @TheEmmys you actually had to be at show ’cause you certainly couldn’t see it on TV. 😥😠

It was a nice wide shot of @johnlegend but focus should’ve been on deceased & seeing THEM on screen. Honoring them, not a set design, shoulda been focus.

Hey folks at NBC, when showing the Emmy awards In Memoriam photos of those who passed, show their pictures up close. We don’t need to see the audience or the singer. Couldn’t identify many.

The Television Academy keeps a database of “the men and women who were included in the televised ‘In Memoriam’ segment, as well as many others who were not” on its website.