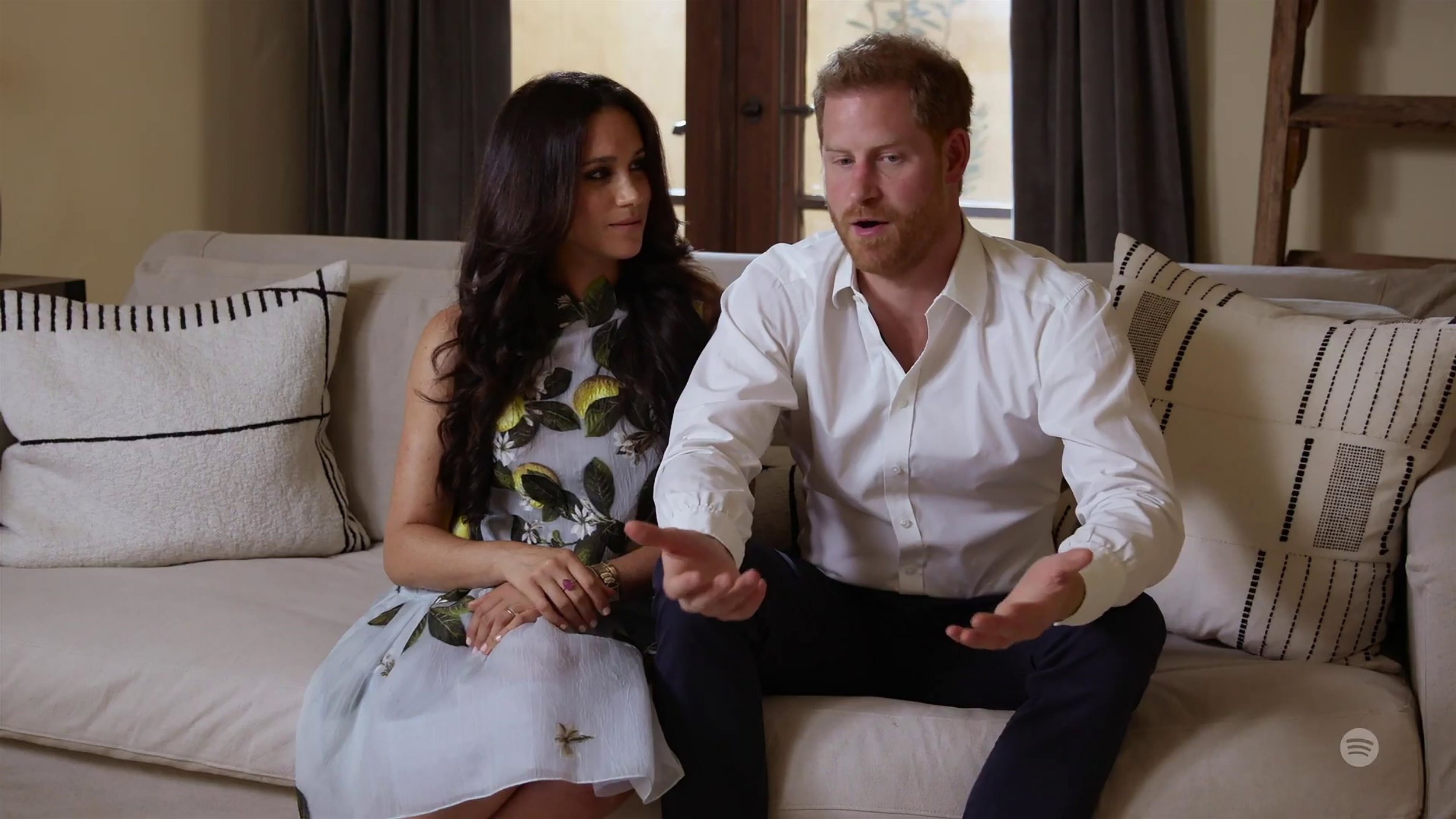 Spotify has reportedly taken Meghan Markle and Prince Harry’s podcast ‘into its own hands’ after the pair have not produced any content for it.

The streaming giant is recruiting in-house staff to work with Harry and Meghan’s Archewell audio, for a podcast that features ‘the voices of high profile women,’ according to The Sun.

The couple previously made an £18million deal with Spotify.

A source said: ‘Spotify has been waiting a long time for some content from Harry and Meghan and now it appears they have finally taken matters into their own hands.

‘Hiring a raft of in-house talent on Spotify’s side will ensure they finally squeeze something out of them.’

But, following the 37-minute special, no further episodes materialised.

Archewell Audio was launched in 2020, with Meghan and Harry saying: ‘What we love about podcasting is that it reminds all of us to take a moment and to really listen, to connect to one another without distraction.

‘With the challenges of 2020, there has never been a more important time to do so, because when we hear each other, and hear each other’s stories, we are reminded of how interconnected we all are.’

Harry has appeared on various podcasts since stepping back from his royal duties in June 2020, including Dax Shephard’s The Armchair Critic, in which he opened up about his childhood and growing up with Prince Charles as a father.

Meanwhile, Meghan has made various TV appearances, including on The Late Late Show with James Corden, and The Ellen DeGeneres Show.

The couple also previously secured a deal with Netflix to produce various documentaries.