Follow
Home » Celebrities » NeNe Leakes Hints She May Return To ‘RHOA’: I Have ‘Unfinished Business’ — Watch

NeNe Leakes Hints She May Return To ‘RHOA’: I Have ‘Unfinished Business’ — Watch

NeNe Leakes revealed she’s ‘OK’ returning to ‘The Real Housewives of Atlanta’ after announcing her departure from the franchise last year.

NeNe Leakes might be reclaiming her peach in the near future, recently revealing she’d be “OK” with returning to The Real Housewives of Atlanta despite leaving after Season 12. “Yeah, sure, I’ll return to the show,” the 53-year-old spilled on The Real talk show on Nov. 3. “I’m OK with returning to the show, as long as, you know, we can work through a few things. I’m happy to return to the show and besides, I have a lot of unfinished business with a couple of them they confirmed on the show.”

The reality star went on: “I think Andy [Cohen] and I were really close for a really, really long time, and I love [his son, Ben] Benny Boo. I helped pay for his baby shower and all those things. I think that Andy and I need to have a sit down and talk, and then we’re off to the races.”

NeNe previously announced that she was taking a break from the franchise in Sept. 2020, sharing a YouTube explaining her “very difficult decision” to leaved ahead of the show’s 13th season. Then, in December of that year, NeNe called on her fans to boycott Bravo and accused the network of racial discrimination.

“While others were being promoted, BLACK WOMEN who created shows, created genres, built franchise and built networks were being DEMOTED,” NeNe tweeted at the time. She also accused Andy Cohen of being the “biggest gaslighter in all the land of Housewives,” writing that the “systemic racism is greater than you will ever know.” 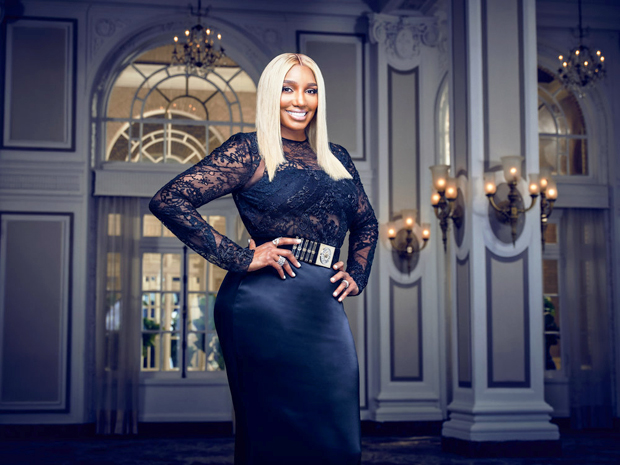 NeNe’s potential comeback news comes on the heels of longtime cast members Cynthia Bailey and Porsha Williams announcing their departures from the show. A source close to production told HollywoodLife EXCLUSIVELY on Oct. 4 that Cynthia “is open to returning again in the future,” but also said there is “no way that NeNe will ever be back on that show after the way things were left between the network and her.” The source explained, “Those rumors are completely false. There have not been any conversations for her to appear.”

We’ll have to wait and see if either production rumors or NeNe’s hints at coming back turn out to be true. The dispute of her return comes after the former reality star lost her husband, Gregg Leakes, in September. Gregg’s publicist Ernest Dukes confirmed the news in a statement issued on September 1 that he passed after a long battle with cancer. He was 66.

The Real Housewives Of Atlanta
You may also like: