Pete Davidson is back on the market after his relationship with ‘Bridgerton’ star Phoebe Dynevor fizzled, according to a new report

Pete Davidson, 27, and Phoebe Dynevor, 26, have reportedly gone their separate ways. The SNL star and Bridgerton alum were first romantically linked in Feb. 2021, making their couple debut at Wimbledon in early July — but sources say the romance has come to an end. “As time has passed, it’s become increasingly obvious it is going to be difficult to make this work,” an insider said to The Sun on Aug. 15, citing distance and busy work schedules: Phoebe is in the U.K. working on the next season of her Netflix show, while Pete is in New York City filming Meet Cute with Kaley Cuoco. HollywoodLife has reached out to reps for Pete and Phoebe for comment.

“Phoebe and Pete were last together in the UK in July but since he flew back to the States, he’s not seen her. Obviously all the travel restrictions because of the pandemic have not helped,” the source explained. “It was wild while it lasted and they both really care for each other. But the distance has put a strain on them,” the insider also told told the British paper.” 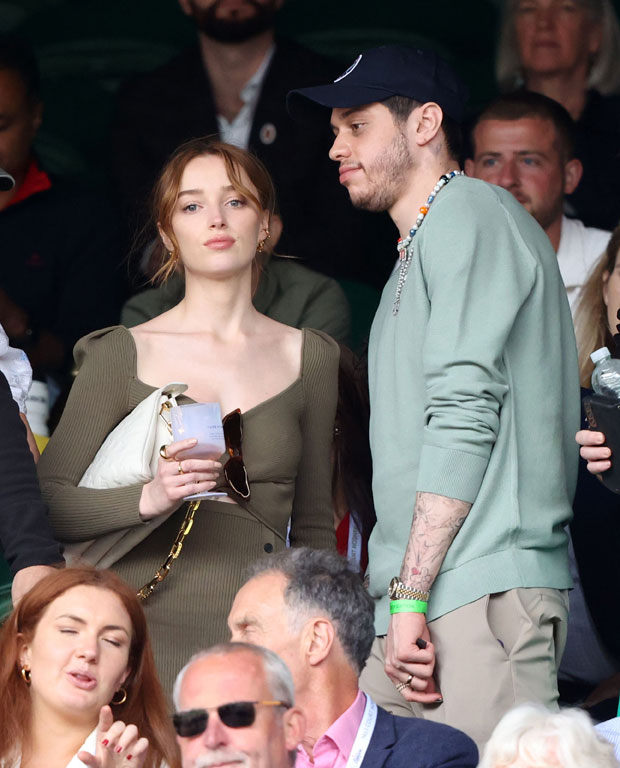 Pete and Phoebe — who is the daughter of British Coronation Street star Sally Dynevor — first sparked romance romances when the comedian was spotted taking selfies with fans about an hour out of her hometown in Caverswall, U.K. (she’s from Manchester) in March 2021. Eagle eyed fans caught the two wearing matching “PD” necklaces — for both of their initials — in April interviews, but they weren’t photographed for the first time until later that month. Around the same time, Pete confessed he was dating his “celebrity crush” in an interview. 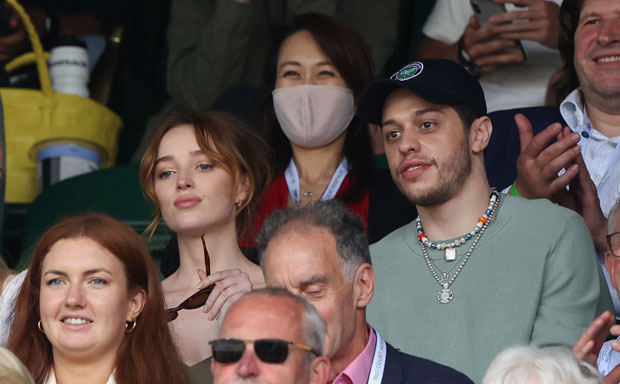 After staying quiet in May and June, the pair made their public debut at Wimbledon on July 3! Phoebe and Pete looked so cute as they snuggled up in the stands while watching tennis pros Roger Federer and Cameron Norrie — clearly not afraid to show some PDA.

In previous interviews, Pete — who has dated Kaia Gerber, Ariana Grande, Kate Beckinsale, and Margaret Qualley — has opened up about what he’s like in a relationship. “I am just very, very honest. I think what a lot of people do is they try to put on — not even their best self — but almost a version of themself that they would like to be. And eventually, that will unravel, you know,” he confessed to The Breakfast Club host Charlamagne Tha God back in May.

“So, I just, off the top, I’m like, ‘Hey, I’m nuts. Here’s all my issues. Here’s what I do. Here’s the therapists. This is what happens.’ And that can either be a lot for someone,” he added. “Or they could be like, ‘Cool, that was really refreshingly honest.’ Or, sometimes it can be a little intense and weird and people can’t handle that stuff,” he explained.