A landmark court case in the United Kingdom has the potential to change the way doctors prescribe hormonal treatment to transgender children in Australia, with at least one state already reviewing its policy.

Other Australian jurisdictions are keeping a close eye on the case and haven’t ruled out changing their procedures as a result. 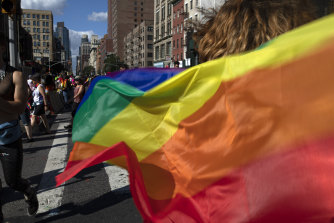 Changes to policy that lead to delays in accessing treatment can have serious impacts on the mental health of transgender children. Credit:AP

Last year, England’s High Court ruled children under the age of 16 couldn’t fully understand the consequences of their decisions and, as such, were unlikely to be able to give informed consent to treatment with puberty blockers.

Judges also concluded that even for 16 and 17-year-olds, given the long-term consequences of hormonal treatment and its innovative and experimental nature, doctors may want court authorisation before starting it.

The ruling came after Keira Bell, a 23-year-old woman from Cambridge who transitioned from female to male at 16 and later regretted her decision and transitioned back to being a woman, sued a National Health Service clinic.

Ms Bell claimed the gender service she was referred to should have challenged her wishes more extensively before starting treatment.

She testified it was only recently she had started thinking about having children and whether that was even a possibility as a result of the treatment she had received.

“I have to live with the fact that I will not be able to breastfeed my children,” she said, referring to her double mastectomy at age 20.

Since the ruling, Western Australia’s child and adolescent Gender Diversity Service, which receives an average of four to five referrals a week, has quietly started a review of its policies in a bid to reduce its liability in the event a patient, like Ms Bell, decides to sue them in the future.

Gender services in Victoria and the ACT are also keeping a close eye on developments in the UK and haven’t ruled out making changes to their policies.

Treatment for gender dysphoria is usually divided into three phases: puberty suppression drugs to stall the effects of going through adolescence, cross-sex hormones to affirm the transition, and surgery. All have reversible and irreversible effects, some of which are yet to be fully understood.

In Australia, if a transgender child, their family, and their medical team all agree hormonal treatment is the best course of action, parents are not required to go to court for authorisation for stages one and two.

However, since the start of the WA review, patients waiting to start treatment received a letter referring them to the Family Court for approval and telling them to brace for delays in accessing the drugs.

Sources within LGBTQ+ advocacy circles told WAtoday there is only one judge in the state’s Family Court that has the knowledge and experience to deal with gender dysphoria cases, which would cause a backlog.

The service has since walked back on its decision to require court approval, but the changes made as part of the review remain shrouded in secrecy. Not even advocacy groups are aware of their nature.

Advocates worry the policy modifications brought by the review could herald similar changes in other Australian jurisdictions and further delay access to treatment.

“For kids who are going through a critical stage in their development, puberty or shortly afterward, where they are experiencing physical changes quickly, that can be very distressing,” she said.

“These are kids who know there is a treatment that’s accessible and can make a difference to their experience of dysphoria and any process that seems to be denying or delaying it can have significant negative mental health consequences.”

If children were found to be competent to make decisions about their medical care through a process known as the Gillick competence test they should be allowed to access treatment, she said. 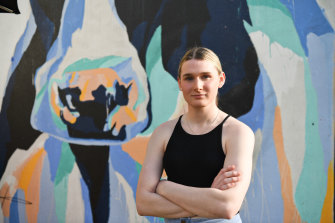 Dr Tuck Meng Soo, who is among Australia’s few transgender GPs, acknowledged there was a small percentage of people who regretted their transition, but the majority enjoyed a better quality of life.

The latter rings true for 23-year-old transgender woman Jess Grayson, who struggled with suicidal thoughts and social isolation in the months leading up to her social transition but now lives a fulfilling life as a woman.

Ms Grayson, who made the decision as a young adult, regrets not embracing her new gender sooner but believes young children are ill-equipped to fully understand the consequences of puberty blockers and cross-sex hormones, which effectively render a person infertile.

The nursing student from Perth was fortunate to be old enough to freeze her sperm before starting treatment, so she can consider having children in the future.

She believes medical transitioning should be reserved for children 16 and older, who are deemed mature enough to make other significant choices about their future, such as going to university or getting a learner driver’s licence.

“Transitioning isn’t about just transitioning … you’ve got to think about fertility, the future, like partners, friends,” she said.

A strong advocate for education and mental health, Ms Grayson said changes in Australia should focus on offering better support to the trans community, particularly to those stuck on lengthy waitlists to access treatment.

“Every day that you postpone it, there’s a likelihood that that person may not make it through that day,” she said.