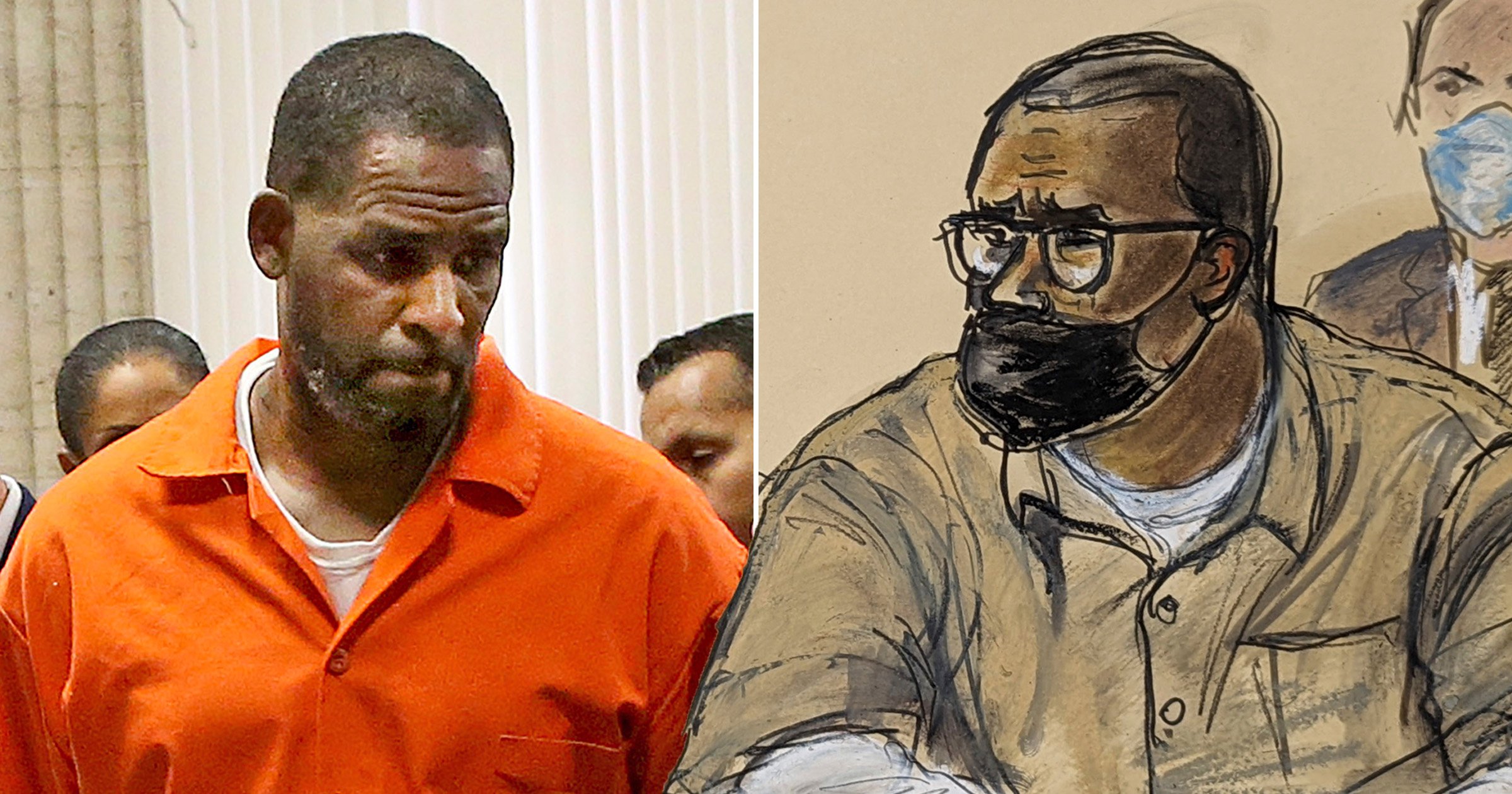 Singer R Kelly has been sentenced to 30 years, after being convicted of sex trafficking and racketeering charges.

He faced life behind bars for masterminding an elaborate scheme to entice and sexually exploit young aspiring singers and underage children.

Following a six-week trial in Brooklyn, Kelly, 55, was found guilty on all nine counts against him, including multiple counts of racketeering, with the charges relating to bribery and forced labour, by a jury in September last year.

Kelly – who denied all charges – was also found in violation of an anti-sex trafficking law known as the Mann Act.

The musician was sentenced to 30 years in prison by a US federal court in New York for masterminding an scheme to sexually exploit young aspiring singers and underage children.

Kelly did not appear to react as the sentence was passed, with judge Ann Donnelly saying during sentencing that he had used his ‘minions’ to ‘lure young fans into your orbit’.

Kelly, dressed in a grey prison-issue uniform, did not appear to react as his sentence was passed.

Before the sentencing, Kelly was branded the ‘pied piper of R&B’ as he came face-to-face with several of his victims in the courtroom.

The court heard victim impact statements from seven women, presented anonymously to the court as Jane Does, who detailed Kelly’s ‘God-like complex’ and how he used his ‘fame and power’ to entice his victims.

A woman using the pseudonym Angela told him: ‘The pied piper of R&B, both in music and in technique and in approach.

‘Success and love… you presented these glittering gems as if they were gold.

‘With every addition of a new victim you grew in wickedness, cockiness, diminishing any form of humanity or self-awareness, which soon became the breeding ground for your God-like complex.

‘You were doing, saying and encouraging despicable things that no one should be doing.

‘We reclaim our names from beneath the shadows of your afflicted trauma.’

His conviction carried a minimum sentence of 10 years, with Federal prosecutors asking for a sentence ‘in excess of 25 years’, while the singer’s own lawyers asked he receive under 10.

Several victims of his abuses were expected to give victim impact statements to the court, after Kelly declined to take the stand during the trial.

The singer – real name Robert Sylvester Kelly – has been detained at the Metropolitan Detention Centre in Brooklyn since the verdict.

As the US singer found fame after he performed on the talent TV show Big Break as part of the group MGM in 1989, but he left the group in 1993 to launch his solo career.

Kelly’s debut solo album 12 Play was released in November of that year, which featured his first number one hit Bump N’ Grind.

In 1998, he was nominated for several Grammy awards for his song I Believe I Can Fly, which won him best male R&B vocal performance, best R&B song and best song written for a motion picture, television or other visual media.

The song became an inspirational anthem played at school graduations, weddings, advertisements and elsewhere, including the inauguration of former US president Barack Obama in 2008.

Kelly went on to release a total of six studio albums and worked with famous faces in the music industry including Jay-Z, Usher, Celine Dion, Mariah Carey, Mary J Blige, and Jennifer Hudson.

He has faced consistent allegations of sexual abuse and misconduct throughout his career, including after he married 15-year-old late singer Aaliyah at a secret ceremony in Chicago, when he was 27.

The marriage was later annulled after the teenager was found to have lied about her age on the marriage certificate.

Kelly faced further accusations of having sexual relations with underage women in 1996, 2001 and 2002 and was charged with 21 counts of making child sexual abuse videos involving various sexual acts in June 2002, but was acquitted on all counts following trial in 2008.

In 2017, an article in Buzzfeed brought fresh allegations that Kelly had trapped six women in a sex ‘cult’ having taken advantage of them after they approached him for help with their musical careers.