For over a decade, Rachel Uchitel has been known as one of the most famous homewreckers in the world. And she’s tired of it.

Back in late 2009, Tiger Woods was revealed to have cheated on his wife Elin Nordegren many, many, many times. It was one of the biggest celeb scandals of the day, and Rachel — the first of several women identified as one of his mistresses — became the face of it.

In the new multi-part HBO Max documentary Tiger, she’s finally getting a chance to tell her side.

The 45-year-old appeared briefly in the first episode last Sunday, but the second episode is reportedly her big one. And she could not be more ready for it. Speaking to Us Weekly in advance, she said:

“I think people forget how badly I was treated, and the things that people really did to me, and that I couldn’t go anywhere, and I was blamed for a lot of stuff. I still, for 10 years, I’ve lived with that same scrutiny. I cannot go places without people still talking to me that same way. I don’t think people really realize that, that I’m still treated that same way.”

Damn. Can you imagine being thought of the same way for a decade? By that point you’re an entirely different person!

In the time since her affair, Rachel has been married and divorced. She’s a mom now, to an 8-year-old daughter. Her life just looks completely different.

But unlike Tiger Woods, who made a triumphant return to the PGA Tour last year, she’s eternally the “slut”:

“In a lot of scenarios the men get to have a comeback and the women don’t. I don’t necessarily want to make this a man vs. a woman thing, but in a lot of situations, the women get stuck with the stigma and cannot get away from it, and they just get pigeonholed in this thing. The comments of ‘home-wrecker,’ ‘mistress,’ ‘slut,’ ‘whore’ and the blame just get put on you, and you can’t get away.”

We should note, Rachel did also spend the last few seconds of her 15 minutes of fame in the headlines for another reason; Buffy The Vampire star David Boreanaz also admitted to having an affair with her while his wife was pregnant. 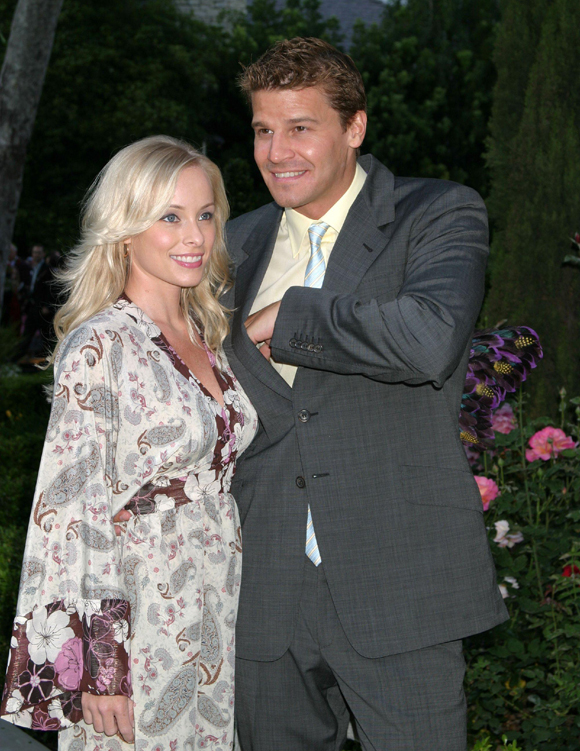 Still, that doesn’t justify the language or the cruelty Rachel has faced, then or now.

Yes, including on this site.

In a separate interview with Hollywood Life she revealed some of the worst things people have said to her over the years, including “I hope you get AIDS and die,” and “I hope that you get into a car crash and your daughter gets a new mother.”

Yeesh! How does she react?

Considering all that, one might expect her to dodge the spotlight the documentary would put back on her, but she hopes it will help show everyone a more complete picture of who she is — and what her relationship was. She told Us:

“I needed to speak for me. It’s one way to get the shackles off me. It’s one way for me to get rid of the shame and for me to feel like I get to speak regardless of what people think… Maybe there’ll be a conversation to be had… about perception vs. reality and blame. Maybe people will have a little bit more empathy. Maybe people will tone it down.”

We’ve already gotten a pretty shocking insight into the affair, with her description of a kind, caring relationship. And her reveal of the last text Tiger sent her before Elin found out, telling her:

“You were the only one I ever loved.”

That could have just been bluster from the athlete, but it certainly is mind-blowing for anyone who thought their relationship was a meaningless, physical fling.

You can see the next episode of Tiger on Sunday at 9 p.m. EST on HBO Max.

My Son Picks Out His Own Birthday Presents! And Something Sad Happened Afterward! | Perez Hilton And Family

Everything Ben Affleck Has Said About His Sobriety, Battle With Alcoholism