A former British military interpreter trapped with his sick wife in a freezing ‘hellhole’ migrant camp on a Greek island has been told they qualify to come to the UK.

Nesar, who worked for almost two years on the front lines in Helmand, said the news was ‘a dream come true’.

The 29-year-old said his wife Nazarin, 28, had broken down and cried with relief after he received an email telling them they qualified for sanctuary 27 months after fleeing Taliban death threats in Afghanistan.

Speaking from the island, he said: ‘This is a New Year’s present from the UK Government – wonderful news which we hope will mean safety, security and at last peace.

‘I had to read the email from the Afghan team telling me I was eligible several times to make sure. It is a huge relief for both of us. 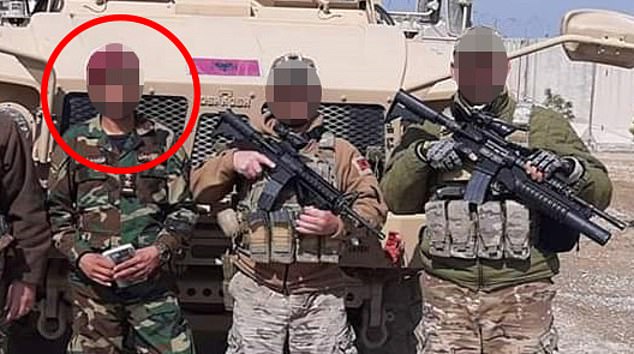 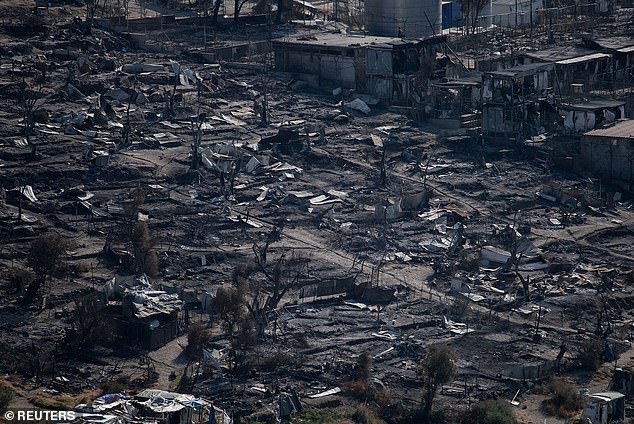 This newspaper’s award-winning Betrayal of the Brave campaign first told of the plight of the couple and how they were trapped with 19,000 others in the squalid Moria camp on Lesbos – branded the ‘worst refugee camp on Earth’ – in July

‘I thank the UK Government for showing compassion and recognising both my loyal service when I stood shoulder-to-shoulder in bad times with their soldiers and the threat we translators face because of it.

‘I thank too with my heart the Daily Mail and its friends for telling my case so people heard my voice. The support for us and other translators will never be forgotten.’

This newspaper’s award-winning Betrayal of the Brave campaign first told of the plight of the couple and how they were trapped with 19,000 others in the squalid Moria camp on Lesbos – branded the ‘worst refugee camp on Earth’ – in July.

It highlighted calls from former Army officers and Afghan veterans for the couple to be allowed to apply for relocation to the UK.

Two months later the campaign told of the couple’s heartbreak after appearing not to qualify for a change in Government policy that exempted those who had already fled Afghanistan to third countries because of threats from being able to relocate to the UK.

But Defence Secretary Ben Wallace instructed that ‘discretion’ be used on a ‘case by case’ basis.

Peter Gordon-Finlayson, former Army captain and founding member of the Sulha Alliance, which campaigns for interpreters, said: ‘The Sulha Alliance is delighted that the Government recognises Nesar’s qualification for relocation to the UK. He is truly a worthy recipient of UK support.’

It is unclear whether Nesar’s case will be processed while he is in the camp, at the British embassy in Athens or by allowing the couple a temporary visa so it can be handled directly in the UK. 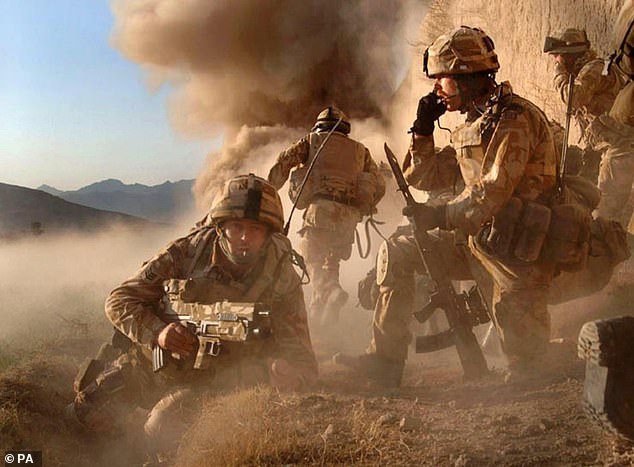 Nesar, who worked with the British in Helmand from September 2009 until 2011, missed out on policy allowing Afghans sanctuary in Britain. Royal Marines seen above in Helmand in 2014

Experts point out that Britain let interpreters working with the military during the Iraq conflict apply successfully from third countries.

It would be the first time that an Afghan interpreter had successfully relocated from a third country.

It is understood there are no plans to change the general policy on third countries. Nesar added: ‘Ideally we would ask to come to the UK as soon as possible because the situation here is very difficult and dangerous.’

After a summer fire destroyed Moria, the couple now share a canvas tent with three other families in a new camp called Kara Tepe.

It has been hit regularly by floods and there is electricity for only three hours a night. Robberies and stabbings are common.

‘We have gone from one hellhole to another,’ said Nesar.

The couple reached Europe’s largest migrant camp after a perilous crossing of the Aegean with 49 migrants in a rubber dingy on the final day of 2019.

He worked with the British in Helmand from September 2009 until 2011, followed by three years with US Special Forces and two years as an officer in the Afghan Army’s Commando Unit.