Everything I Know About Love (BBC1)

Why does the Beeb do it? At the start of any major sports event, from the Olympics to the World Cup, the schedules for the main channels get torn up.

On the first day of Wimbledon, a week’s-worth of EastEnders was dumped on to iPlayer, and the primetime drama Sherwood was shunted sideways on to BBC2 without notice.

If the Corporation’s execs knew how sport really works, they’d realise most viewers don’t care much about the opening matches. Sure, we want to see Rafa square up to Novak, but if that happens it won’t be in the first week.

Wimbledon, and every other sporting festival, ought to be confined to BBC3 or BBC4 until at least the quarter-final stages.

Better still, make one of those backwaters a dedicated sports service. Sky has done this for decades, so why can’t Auntie?

Still, one of the minority channels is being put to good use with the sketch show Ellie & Natasia (BBC3), a rapid-fire compendium featuring two comic actresses of extraordinary versatility. 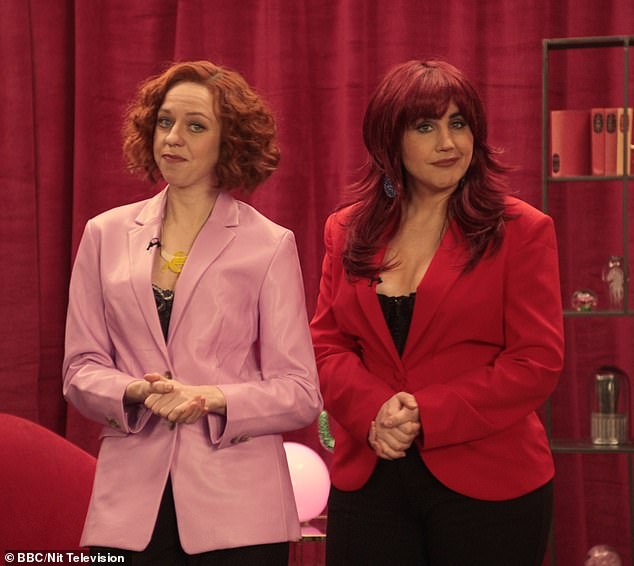 Ellie White is best known as the ineffably dim Princess Beatrice on C4’s royal satire The Windsors. Natasia Demetriou has won praise as the lovelorn vampire Nadja in What We Do In The Shadows, and opposite her brother Jamie in the BAFTA-winning cringe-comedy Stath Lets Flats.

Jumbo hairdo of the night:

The first elephant born via artificial insemination in Thailand is now 14. The test-tube teen was having dental work on his tusks in Elephant Hospital (C5) but his mop top was in more urgent need of attention. He looked like a reject from Oasis.

But you’d be hard pressed to recognise them as a pair of public schoolboys presenting a cookery show for poshos, or dressed up in baby doll dresses and pig-tails as Ariana Grande lookalikes.

Much of the inspiration comes from TV clichés. A loved-up couple wake up on a Sunday morning, cuddling under a white duvet — a scene familiar from every Sally Rooney romantic drama. But the duvet goes on for ever (a bit like Sally Rooney dramas) and they can’t find their way out.

Channel 4’s obsession with nudity is spoofed, with a ‘21st Century Guide To Sex’ presented by stereotypical sexologists Glenda Leather and Mariella Ricotta.

Some sketches, such as a send-up of raunchy Robin Thicke’s pop videos, are glossy, highly rehearsed productions. Others look like they were scribbled on the back of an envelope. 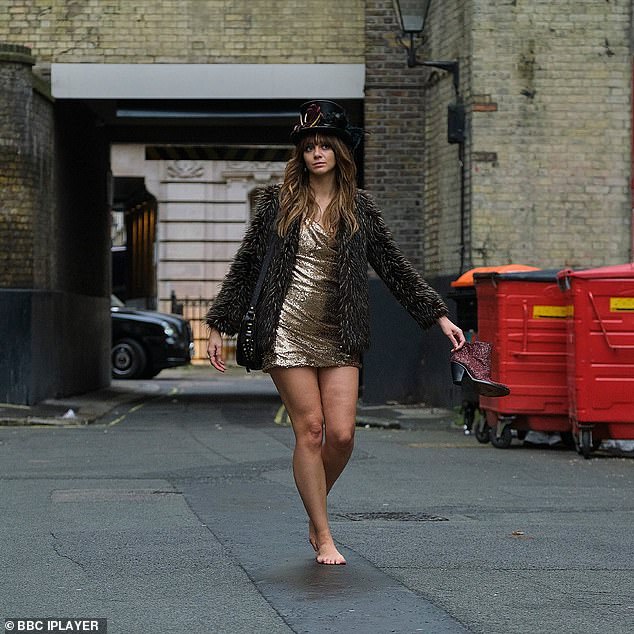 Emma Appleton (pictured) and Bel Powley can be seen in first look snaps from the BBC adaptation of Dolly Alderton’s best-selling memoir, Everything I Know About Love 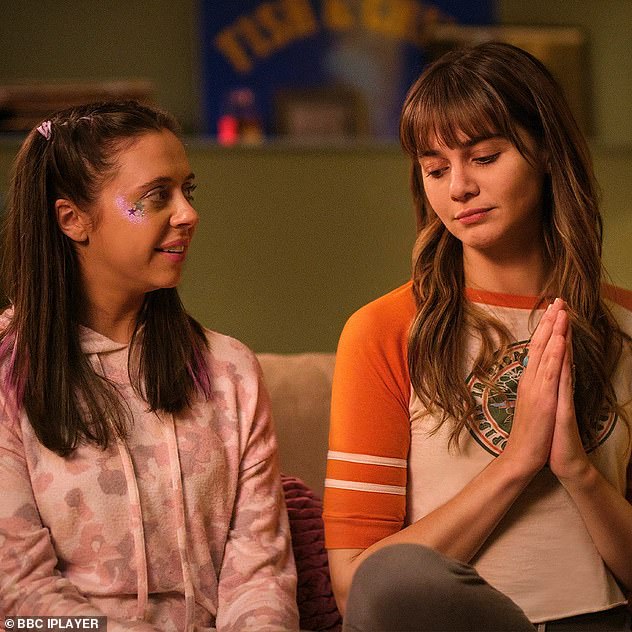 A story about love: It was announced last year that Dolly’s book would be the inspiration for a seven part drama about best friends Maggie (Emma) and her best friend Birdy (Bel)

But the show attracts top guest stars, including David Morrissey as a dentist whose surgery is haunted. And the one-off characters are drawn with care — like the pretentious boyband wannabe who drawls: ‘I didn’t choose music, music chose me . . . and my dad’s a famous actor, so I’ve got a lot of great contacts.’

BBC3 was also the testing ground for Everything I Know About Love (BBC1), now getting an airing on the main channel. Emma Appleton stars as Maggie, a 24-year-old terribly middle- class girl who shares a flat in London with her best friend from school (the insipid Birdy, played by Benidorm’s Bel Powley) and works in media.

This is meant to be a modern-day version of Bridget Jones’s Diary, lamenting how difficult it is for nice girls to make good choices in the era of dating apps. But it feels painfully literary and staged. The characters are so cushioned and privileged it’s impossible to worry about any of them.