Follow
Home » Celebrities » Suni Lee's 12-Year-Old Fan on Verge of Tears as He Meets Her: Watch

Suni Lee is coming home from Tokyo to some excited fans! The gold medal-winning Olympian was greeted by a large group of admirers at the Today plaza in New York City ahead of her appearance on the show Thursday, and one fan could hardly hold back his tears.

In a moving clip shared to Twitter, Lee greets and takes a picture with the little boy, who has a poster of the gymnast in hand. Touched by his emotion, Lee gives him a hug before speaking briefly to him and his mother, who says meeting Lee was her son’s dream. The U.S. gymnast urges him not to cry and takes another photo with the boy before continuing to greet the crowd of fans.

Watch this 12-year-old boy meet his hero @sunisalee_ on our plaza! 🧡 pic.twitter.com/xMdVy17Kkw

While on Today, the 18-year-old athlete was reunited with her own parents, John Lee and Yeev Thoj, as well as her two siblings, Jonah and Shyenne, whom she had not seen since before winning three medals at the Tokyo Olympics.

“Amazing, I haven’t seen them in so long,” Lee said. “To see them here with me in New York is absolutely amazing. I feel so proud. I’m so happy to see them.”

Lee’s family watched her winning run from Oakdale, Minnesota, along with a group of nearly 400 fans who poured in to cheer on their hometown athlete. Lee, who is the first Hmong American gymnast to qualify for the Olympics and the first Asian American woman to win gold in the all-around, took a moment at their reunion to place her medals around the necks of her mother and father, who were beaming with pride.

“Oh my god. I never thought I would ever get one of these, and she did it,” John said. “She got it, she brought it home.”

“It’s like happy tears,” her mother said. “Just thinking of all the hard work that she has done in the past four years and every time she has a bad day and she comes home crying, and that kind of hurts me, and so to see her with the gold medal, it just makes me happy.” 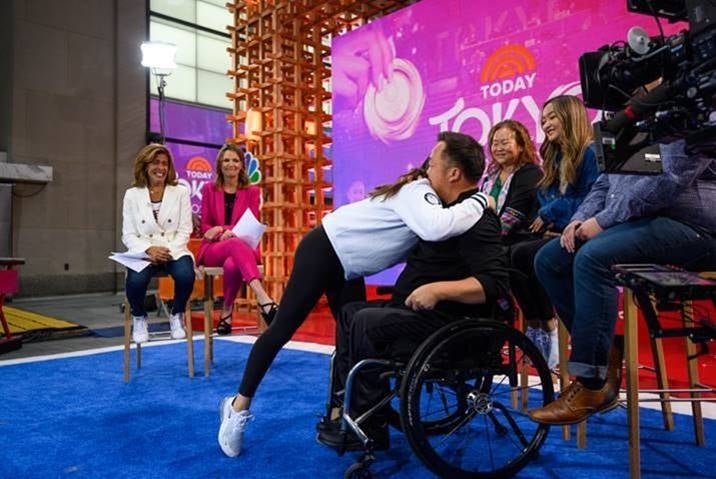 Lee spoke with Hoda Kotb in Tokyo after winning the all-around, and shared how much the medal meant to her father, who built a wooden balance beam for his daughter to train on, that’s still in their family’s backyard.

“This has been our dream forever,” Lee said at the time. “I wish he was here. He always told me if I win the gold medal, he would come out and do a backflip. It’s sad that he can’t be here and he still may not be able to walk, but this is our dream and this our medal.”

“That beam was built out of a piece of wood. I never thought I’d be wearing one of these (medals) because of that beam,” John added on Thursday’s show. “It’s just incredible. And I love that beam now.”

Simone Biles Thanks Fans for Their Support After Withdrawing From Olympics 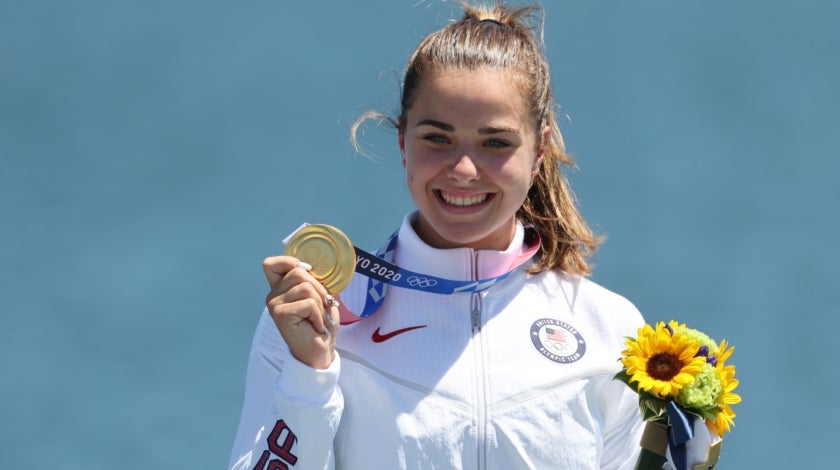