Tim McGraw marked 25 years of marriage to Faith Hill on Oct. 6 by sharing the story behind his romantic (and unconventional) proposal to his wife.

Tim McGraw will never forget the day he proposed to his wife, Faith Hill. In fact, the country superstar took to Instagram on Wednesday, October 6 — exactly 25 years to the day since their wedding — to recount exactly how the proposal went down. “We had dated for a while. I actually asked her to marry me quite a few times and she kept saying no,” Tim, 54, told his followers. “She said, ‘I’m not going to get involved with another country singer, it’s just not going to work out,’ ” he added.

The “Humble and Kind” singer went on to recall how the proposal finally went down at the most unexpected of places — inside a trailer house set up at an outdoor festival that he and Faith were performing at. “I’m getting ready to go on stage,” Tim explained, “and I had this sort of case that had this big mirror in it. She’s standing there, and we’re talking, and I said, ‘Look, let’s get married. And she says, ‘You’re asking me to marry you at a country music festival in a trailer house?’ And I said, ‘Well, it’s pretty apropos if you think about it.’ She goes, ‘Are you serious?’ And I said, ‘Well yeah, I’m serious.’ “

Tim was indeed super serious about his question for Faith, 54, but he quickly had to leave her side before getting an answer to head out on stage and perform. Once he returned to the trailer, he discovered that she had accepted his proposal! “I came off the stage and went back into my dressing room and Faith wasn’t there, but I looked at the mirror. In lipstick it said, ‘Yes! I’m gonna be your wife.’ And we still have that mirror,” the three-time Grammy winner informed his fans. “And it was the best day of my life, that’s for sure.” 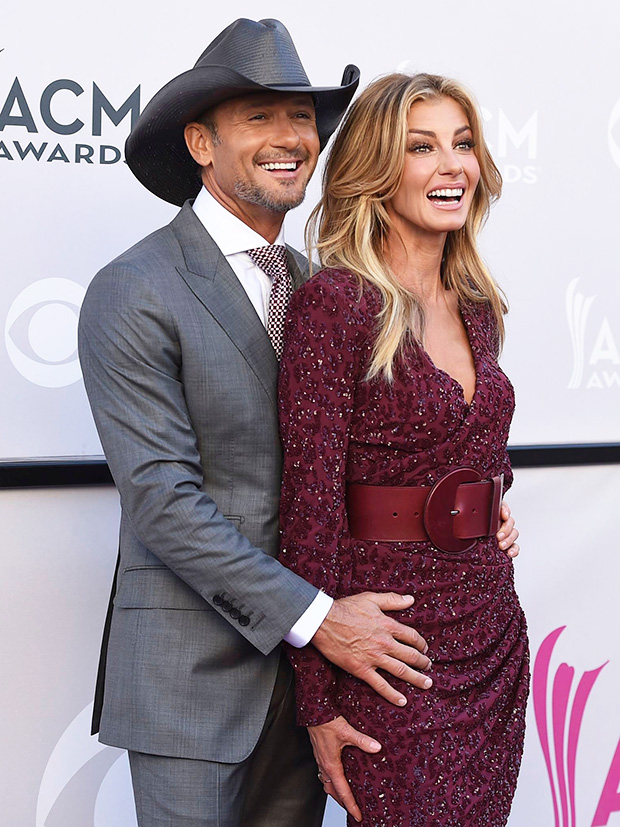 So that’s the story behind Tim and Faith’s engagement, and the rest is history: the couple tied the knot on October 6, 1996, and they’ve since welcomed three daughters, Gracie, 24, Maggie, 23, and Audrey, 19. In the caption of his video, Tim wrote, “25 years later and it’s still the best day of my life. Thanks for going on this journey with me. Love you Faith.”

Tim and Faith truly are a legendary couple. They’ve carved out the picture-perfect life, and have done it all while still balancing fame and privacy. True #couplegoals.