For more than 18 months, alcohol retailers and companies have aggressively marketed their products as a way to cope with the pandemic. In Victoria, the result has been an increase in alcohol sales into the home of $800 million between 2019 and 2020 – that’s an extra $15 million in sales each week.

While this has been highly profitable for alcohol companies and retailers, we are now starting to grapple with the impact of increasing rates of alcohol harm on families and communities. 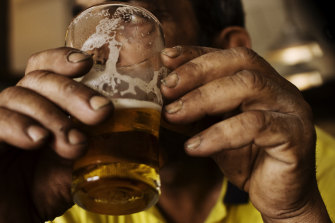 Drinking alcohol has been promoted as a way of coping during lockdown.Credit:Nic Walker

Action is now needed to prevent further harm which is why the Victorian Parliament’s consideration of the Liquor Control Reform Amendment Bill 2021 this month is so essential.

Throughout the pandemic we’ve been concerned the massive increase in alcohol sales into homes would cause increased harms. We’re only now just starting to see what this means because – like many of the impacts of the shadow pandemic – the harms are primarily hidden behind closed doors.

Last week the Victorian Alcohol and Drug Association – the peak body for alcohol and drugs in Victoria – reported that seven out of 10 alcohol and drug services had seen an increase in people presenting for alcohol and that waitlists for alcohol and other drug treatment had increased by 50 per cent from 2019, with almost 3600 people now on waiting lists. These are being disproportionately felt by women like many impacts of COVID, with increases in women seeking these services.

At the same time, the Australian Bureau of Statistics released data showing an 8.3 per cent increase in the age-standardised rate of alcohol-induced deaths in Australia between 2019 and 2020. This means 108 more people died from a cause directly relating to alcohol than in 2019. Again, the death rate is equal to the highest rate in the past 10 years for women. 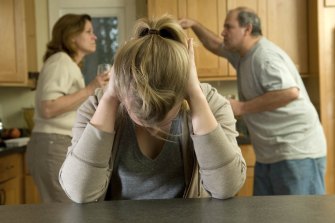 Many of the harmful effects of higher alcohol use has been hidden behind closed doors during the pandemic.Credit:iStock

The number of ambulance callouts to the home for alcohol intoxication in Victoria between January and September has also increased during 2020 compared with 2019 – from 13,554 to 14,717. The proportion of alcohol intoxication callouts to the home also increased during 2020, from 60 per cent in January to 81 per cent in September.

Given the information on the harm that alcohol is causing, consideration of the Liquor Control Amendment Bill could not be better timed to try to prevent further harm and devastation to our families and communities.

But the bill misses this opportunity because it does not include critical measures that could make a real difference to reducing harm. Legislation is not just words on a page. These words have real-life implications.

Online alcohol sale and delivery has exploded since the beginning of the pandemic, with the biggest Australian retailer of alcohol boasting online sales increases of 35 per cent from 2020 to 2021. This growth has partly been driven by delivery of alcohol into homes in as quickly as 30 minutes.

But despite knowing that this type of delivery is linked to higher-risk drinking, the Victorian government has ignored calls by community, family violence and health advocates to introduce a two-hour delay between the time an order is made and when it is delivered.

We know more harms happen later at night in the home, including suicide and family violence, but this bill does not restrict alcohol delivery to between 10am and 10pm, as has been called for by community advocates.

We know that the expansion of the availability of alcohol increases harms like family violence. But instead, this bill allows for more alcohol outlets, more harms, and limited community input into these developments. This bill also misses the opportunity to ensure that children are not sold alcohol, with digital age verification for alcohol sales not required.

At a time when alcohol harms are increasing, when families and communities are hurting, this bill could make a difference in contributing to reverse this trend. But right now – this bill falls well short.

The time to act to prevent alcohol harm is before it happens, but when that opportunity is missed and harms are increasing right before our eyes, the time to act is immediately.

If Victorian parliamentarians don’t act, the impact on the community of alcohol harms will be even greater in the months and years to come – and this opportunity to make a difference will have passed.

Caterina Giorgi is the CEO of the Foundation for Alcohol Research and Education.

a, action, needed, Now, prevent, to
You may also like: