The former ‘Beverly Hills, 90210’ star reveals her daughter Stella has been discharged from hospital and is now resting at home after the teen was hit with a severe migraine attack.

AceShowbiz –Tori Spelling‘s daughter Stella has returned home from hospital and “feeling much better” after being diagnosed with a migraine attack so severe it can be mistaken for a stroke.

She said, “I wanted to thank everyone for all the well-wishes for Stella. She is home and feeling much better. At the ER, she was diagnosed with a Hemiplegic Migraine. It’s a condition that affects one side of the body.”

“Signs of a Hemiplegic Migraine attack are similar to what would be presented in a stroke, that typically includes sudden severe headache on one side of the brain, weakness, and numbness on one half of the body.”

“It can be terrifying if you don’t know what’s happening or about this type of migraine. As a migraine sufferer my entire life, I had no idea about this. Grateful to everyone at the ER. They were amazing and took great loving care of her.”

Tori signed off her message with emojis of praying hands and a red heart. 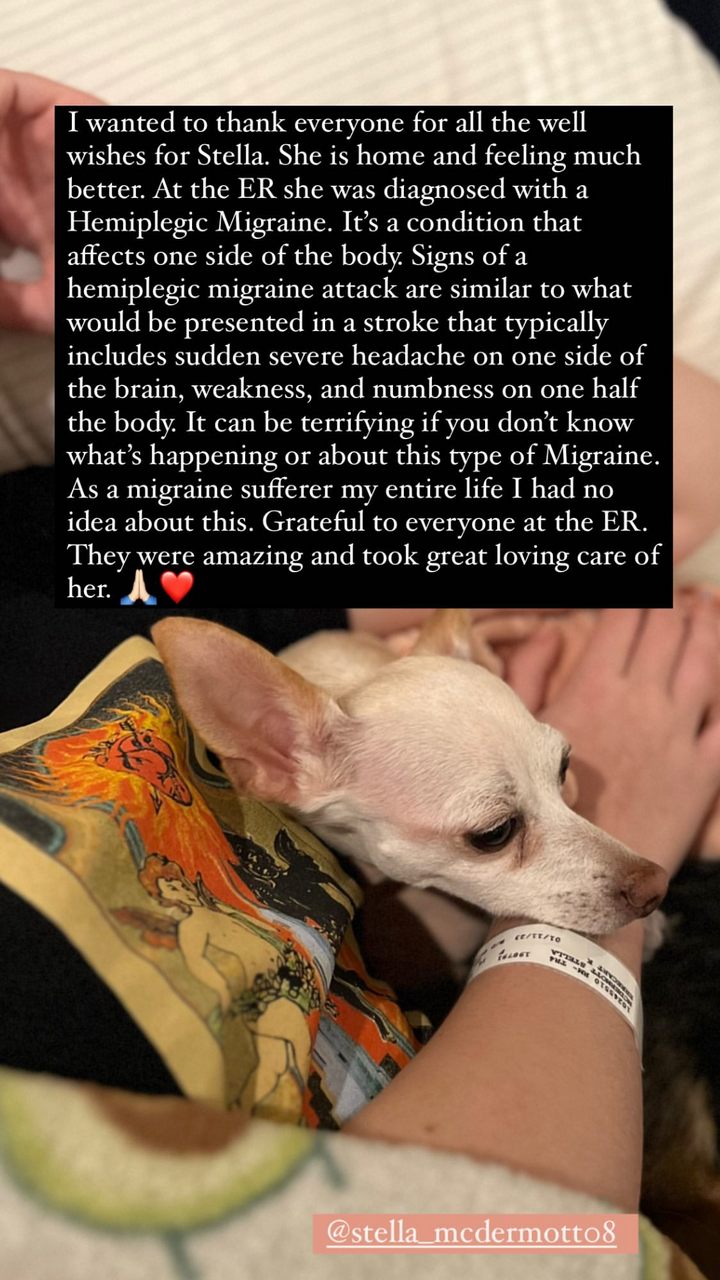 The actress, who also has sons Liam, 15, Finn, 10, and five-year-old Beau, as well as daughter Hattie, 11, with her actor husband Dean McDermott, 56, said last month her boy Beau had been hit by a series of illnesses.

She told fans online, “Poor guy was out 3 weeks sick from school. Finally got him well and back in school all last week and boom now sick again! High fevers, (vomiting), and so stuffy. Parents, are you finding this to be true as well? That our kiddos are just getting sick again as soon as they get back to school? It’s like groundhogs day… .”

Tori had said “the hits just keep coming” when Stella was hospitalized as she was stricken with her own a health scare before the Christmas holiday with “crazy dizziness” and a “hard time breathing.”