AMAZON is set to open its first physical stores in the UK – and they won't have any checkouts.

The online retailer will open the doors to its Amazon Go shops 'this week', after success in the US. 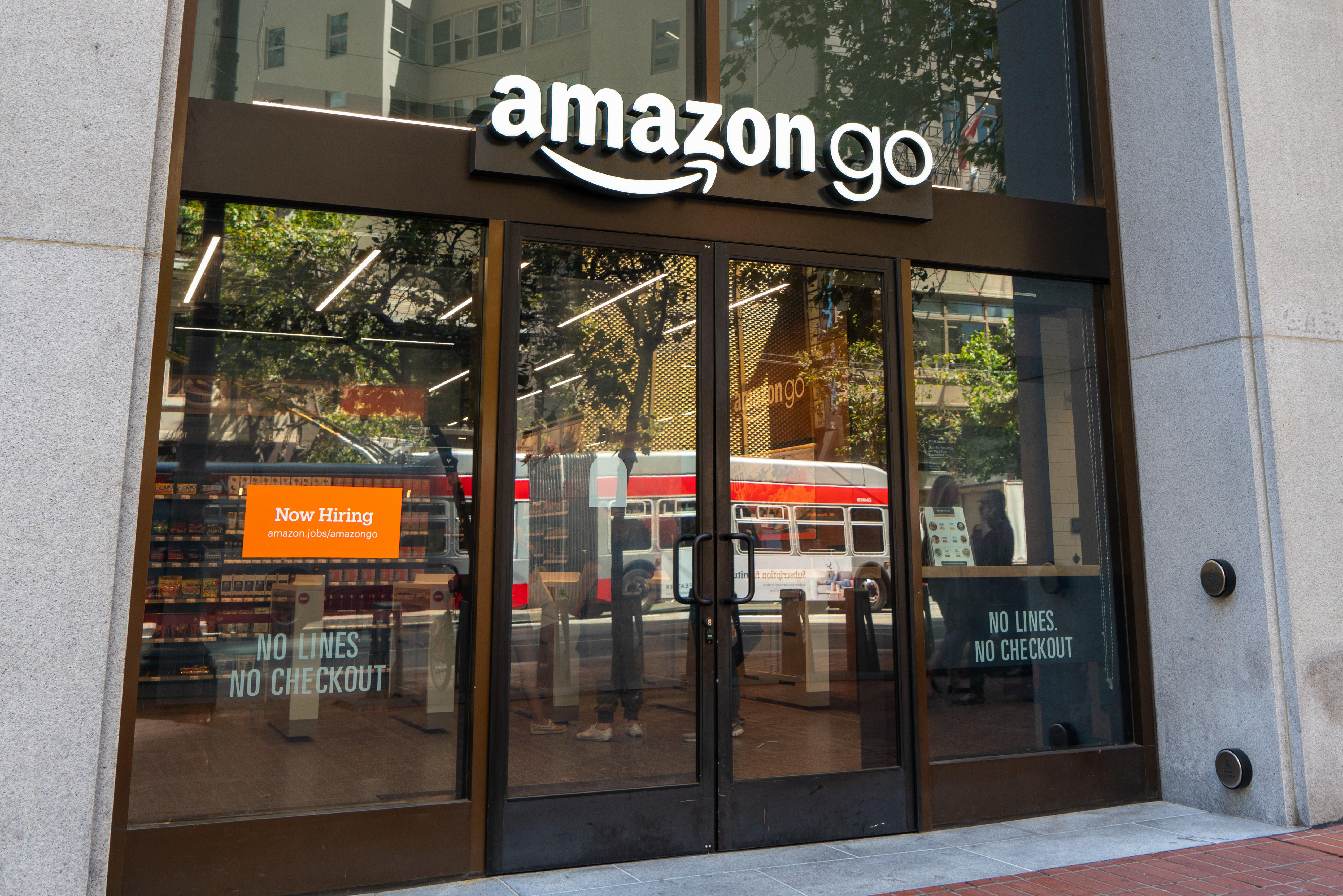 The first shop will be located in Ealing in West London, the Mail on Sunday reports.

There are no checkouts at Amazon Go stores, instead technology tracks the items you put in your basket.

You're charged automatically when you leave via the Amazon Go app.

The concept first launched in the US in 2018 and it was first reported last year that the shopping giant was eyeing as many as 30 locations in the UK for bricks and mortar stores.

According to the newspaper report, staff are preparing to open the shop this week and there are coverings hiding the Amazon branded store front.

The shops use "Just Walk Out" technology which means customers can avoid queueing.

Shoppers must scan the supermarket's app on the gated turnstile when entering the stores.

Cameras monitor from above while weight sensors in the shelves help Amazon determine exactly what people take.

The items customers pick up are added to a virtual shopping cart, and anything they put back is automatically be deleted.

Shoppers are only billed for their shopping when they leave the store using the credit card associated with their Amazon account.

There re no checkout workers but employees are on the shop floor to assist customers and replenish stock.

In the US the online giant has around 25 Amazon Go stores in Seattle, Chicago, New York City and San Francisco.

Amazon declined to comment on the report when we asked.

Supermarkets have been working on new ways to help people avoid queues since the pandemic.

Asda, Sainsbury's, Tesco and M&S let you scan items as you shop and then pay at a self-checkout.

The store proved successful with the supermarket opening another self-service checkout-only branch in London last year.

Sainsbury's also launched a till-free grocery shop in 2019 – in its branch, customers paid using their smartphones.

Amazon, Check, first, open, Set, to
You may also like: