A beach inside Sydney Town Hall made out of 26 tonnes of sand, a pop-up late-night music venue in Harry Seidler’s iconic “mushroom” building in Martin Place, and an immersive exploration of the life and work of legendary Mexican artist Frida Kahlo are just some of the highlights of next year’s Sydney Festival, unveiled on Wednesday.

It will be director Olivia Ansell’s second festival after her first event in January became a baptism of fire as she battled the Omicron wave, unseasonable weather and a widespread boycott sparked by a $20,000 sponsorship deal from the Israeli Embassy. 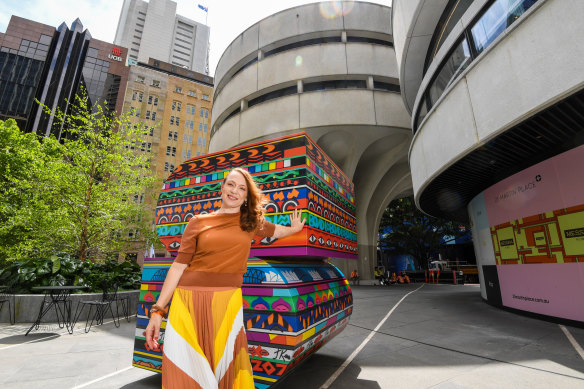 Olivia Ansell says the 2023 festival, from January 5 to 29, has a distinctly international flavour.Credit:Peter Rae

Ansell said she was looking forward to delivering a festival free of pandemic restrictions and, hopefully, with better weather for the many outdoor events. And board and management alike are hoping for a controversy-free event after it was announced in September that they would no longer accept funding from foreign governments or their cultural agencies.

The 2023 festival, from January 5 to 29, has a distinctly international flavour, playing host to the biggest roster of international artists since 2019 and will feature 18 world premieres and 14 Australian exclusives. In all, there will be 748 performances spread across 54 venues.

Among the usual spots, such as Sydney Opera House, Carriageworks and Sydney Company’s Wharf 1 at Walsh Bay, there are some less expected venues, including the Commercial Travellers’ Association headquarters in the distinctive modernist Martin Place building. Renamed the Weary Traveller for the duration of the festival it will host 16 nights of music from local and international artists in its kitsch 1970s interior.

“You can’t deny the character of that gorgeous building,” said Ansell. “We’re going to bring it to life and give it a makeover with all kinds of music from ska and indie punk to pop, rap and jazz. For anybody who says, ‘Where’s the Bacardi Club?’, well, it’s coming back in the form of the Weary Traveller.” 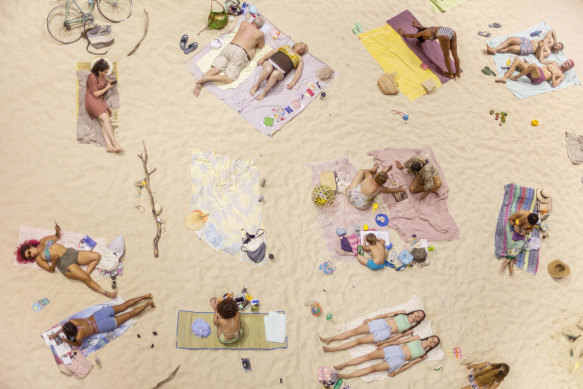 A Rome production of Sun & Sea, which will come to Sydney Town Hall.

Meanwhile, Sydney Town Hall will host durational English-languge opera Sun & Sea, which won the Golden Lion at the 2019 Venice Biennale. Audiences will witness the one-hour performance, which addresses the terrifying reality of climate change through the apparent indifference of the sunbakers, from the gallery above the hall. The Los Angeles Times last year dubbed it “the hottest ticket in town”.

At the other end of the city the walls of Barangaroo’s Cutaway will host a biographical exhibition called Layers of Reality, Frida Kahlo, Life of an Icon. Combining holograms, VR technology and live and recorded music it promises to take visitors “inside” some of Kahlo’s works.

And Jacob Nash once again curates the Blak Out program for the festival, featuring an expanded range of First Nations performances. Headling Blak Out will be the world premiere of Tracker, a performance piece developed by Daniel Riley, Ursula Yovich, Rachael Maza and Jonathan Jones. It explores the life of Riley’s Great Great Uncle, Alec “Tracker” Riley.

Ansell said she has been conscious of cost-of-living pressures and had tried to make events at next year’s festival as affordable as possible.

She also highlighted the many free outdoor events including The Air Between Us. Billed as a “mesmerising aerial duet” dancer/choreographer Chloe Loftus and Maori dancer and wheelchair user Rodney Bell will perform suspended on wires high above the lawn in front of the Museum of Contemporary Art.