Follow
Home » Lifestyle » Are sunbeds ok in moderation, are they safer than sunbathing and what is the link to skin cancer? | The Sun

Are sunbeds ok in moderation, are they safer than sunbathing and what is the link to skin cancer? | The Sun

THE promise of a constant glowing tan is too tempting for some people to deny.

But while popping to the sunbed shop may seem harmless, people who use tanning beds should be aware of the risks. 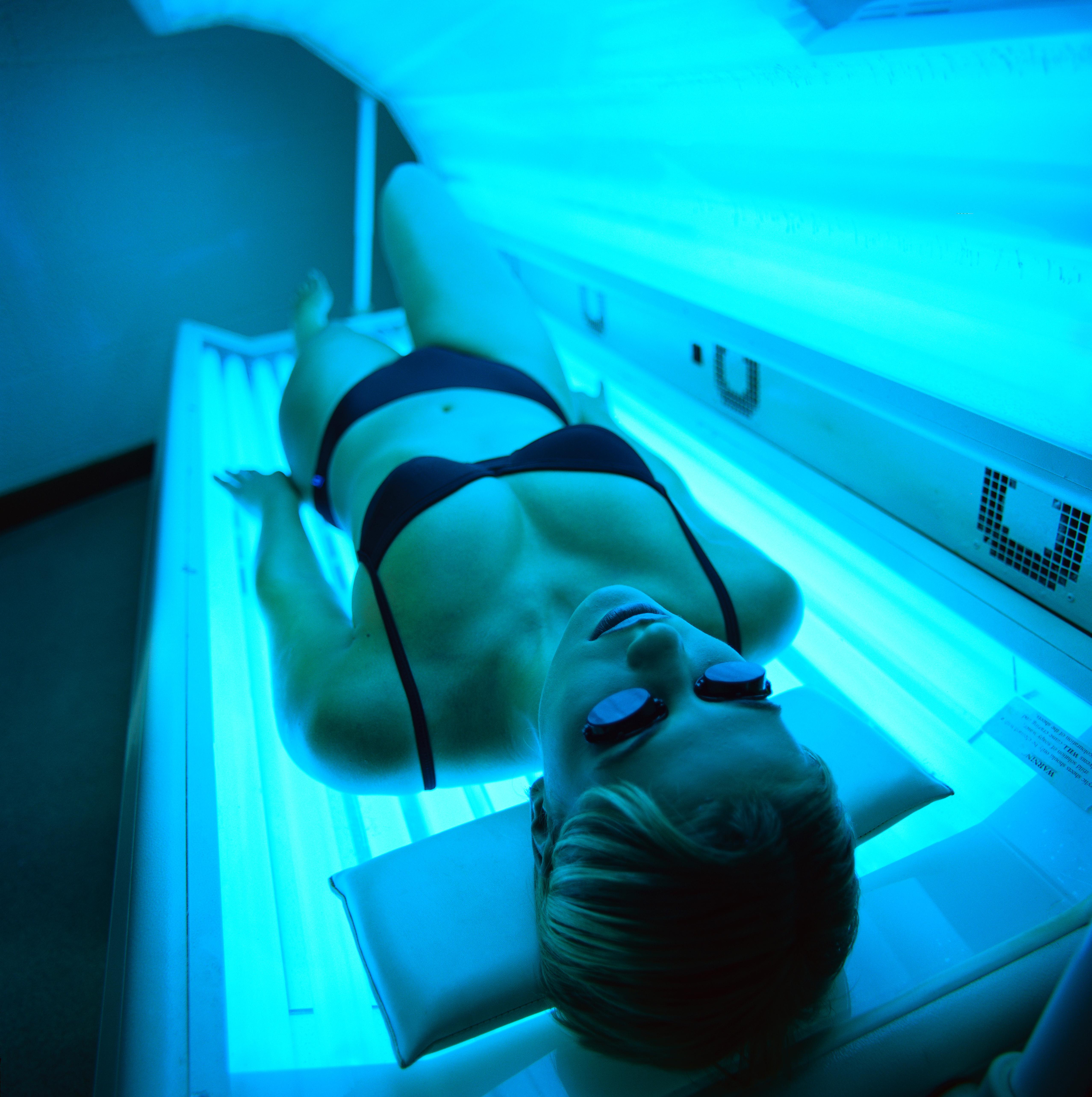 Approximately 10 per cent of the population of Northern Europe use sunbeds on a regular basis, the World Health Organization says.

Some people use them for years on end, accumulating risk of serious disease.

We are here to give you the lowdown on sunbeds and if they are safe to use.

Are sunbeds bad for you?

In short: yes, they can be.

According to the World Health Organisation (WHO), sunbeds are as dangerous as smoking.

Like the sun, they give out harmful UV rays that damage the DNA in your skin cells.

Over time, this may lead to malignant melanoma – the deadliest form of skin cancer – studies have shown.

Are they linked to skin cancer?

Yes, many organisations say so.

According to the International Agency for Research on Cancer (IARC), there is significant evidence to show that using tanning beds causes melanoma.

They report that sunbeds increase the risk of skin cancer by up to 20 per cent, and also state that they have no positive benefits to our health.

Cancer Research back this statistic, adding that " there is no such thing as a safe tan from UV radiation".

One study found that sunbeds can almost double the risk of cancer compared to never using them – with women 83 per cent more likely to develop the disease.

While some people think tanning beds are safer than sitting out in the midday sun, according to Cancer Research, the risk is still twice as high when compared to spending the same amount of time in the Mediterranean sun at lunch time.

The Sunbed Association claim there is not enough evidence to link sunbed use with melanoma, adding: "It is over-exposure and burning that will increase a risk of skin cancer, not responsible UV exposure."

But the WHO says: "The majority of tanning parlours provide inadequate advice to their customers.

"The use of eye protection such as goggles or sunglasses should be mandatory.

"However, as sunbed users aim to have an even tan, they often decide against protecting any part of their body."

Referring to the link with skin cancer, the world health experts add: "Sunbeds for self-tanning purposes have been available for the last two decades and due to the long latency period for skin cancer and eye damage it has been difficult so far to demonstrate any long-term health effects.

"Even though the causes of malignant melanoma are not fully understood, tumour development appears to be linked to occasional exposure to intense sunlight.

"Sunbeds subject their users to intermittent high exposures of UVA and UVB radiation – this may provide the ideal setting for the development of malignant skin cancer.

"However, the few epidemiological studies that have been carried out to date have not provided any consistent results."

Despite the WHO's cautious stance on the skin cancer link, it discourages the use of sunbeds, quoting an expert who said the use of tanning parlours is like "an industrial-scale radiation exposure experiment".

Everything you need to know about Cancer

Bowel cancer symptoms: What are they and when should I start to worry?

What is prostate cancer? Signs and symptoms of the condition

What are skin cancer symptomsand what does the disease look like?

How to check your breasts for signs of cancer

What is a brain tumour and what are the symptoms?

What are esophageal cancer symptoms?

How to tell the difference between haemorrhoids and cancer

What is glioblastoma and what are the symptoms?

What other harms are there?

Users have reported a range of short-term symptoms including itching, dryness and redness of skin, freckling and photosensitivity.

Common outcomes in the longer term, especially in fair-skinned people, may involve blistering of the skin.

"Sagging and wrinkling of the skin are an almost certain price to be paid by frequent sunbed users", the WHO says – not quite the outcome you hope for when going to the sunbed shop for a beautiful, youthful look.

Who should avoid sunbeds at all cost?

The WHO has expressed concern that "approximately 40 per cent of sunbed users in the United Kingdom have fair skin".

People with fair skin among other characteristics are the most at risk of skin cancer.

The NHS says that you should not use sun beds, sunlamps or tanning booths if you:

Our Dying For A Tan campaign

The Sun's Fabulous launched the Dying For A Tan campaign to raise awareness of the dangers associated with sunbed use.

It tells the stories of women who have lost an eye to cancer, had huge holes gauged out of their skin, and been left looking decades older than their age – all because of sunbeds.

"It's really important that people understand the dangers of tanning," said a spokesperson for the British Association of Dermatologists (BAD).

"The truth is that a tan is a sign of skin damage.

“The idea that tanned skin looks both healthy and attractive needs to be challenged.

"However, this is difficult as we have developed a cultural obsession with tanning, something that is constantly perpetuated through social media, television, and the internet."