Russia: Bears fight with each other on China border

The animals had been kept for years in a bile farm in southern China, each one crammed into a rusty cage with barely enough room to turn round. They were to have their gall bladders “milked” daily for their bile used as a tonic in traditional Chinese medicine. But after years of negotiation Jill’s charity, Animals Asia, pulled off what it says is the world’s biggest rescue by any animal welfare group. Between mid April and the end of last month the charity transferred the moon bears in three groups 750 miles from Nanning in Guangxi province to its sanctuary in Chengdu.

Each trip took 55 hours, with nine trucks carrying the bears in individual cages. The animals were monitored by vets.

In Chengdu, where Animals Asia has created a refuge for bears rescued from bile farms, the newcomers went into 30 days’ quarantine before gradually being released.

A video shows a bear called Barack sniff the air as he entered his new home and then walked on grass for the first time in years.

He also made himself at home tearing a rotten log apart in his quest for insect larvae. Jill said: “It’s an amazing feeling. We’ve rescued hundreds of bears over the years, but no one has ever attempted anything on this scale before, bringing so many bears home to sanctuary in a single operation.”

The rescue was welcomed by celebrity supporters who sponsored individual bears. 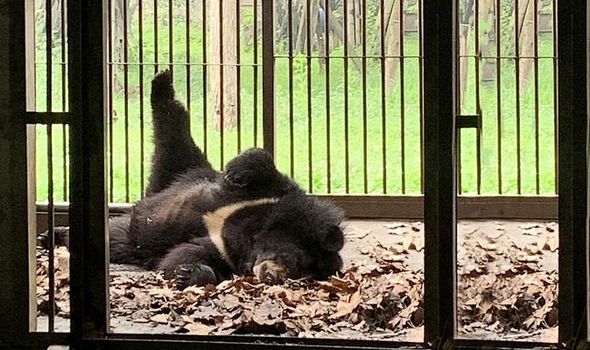 Dame Judi Dench, who named her bear Finty ­after her daughter, said: “Animals Asia have managed to take many moon bears from a bile farm and move them to their sanctuary, where they can live out the rest of their lives, in a way moon bears should, just by being free.”

Comedian Ricky Gervais was thrilled that his bear Derek, who had lost both eyes in captivity, was now in safe hands. He said: “After a year of bad news, here’s some really good news – 101 beautiful moon bears, including my bear Derek, made it into Animals Asia sanctuary, in China, after a 750-mile trip.

“Derek and his chums, after a terrible existence on bile farms, can now enjoy the open air, and they get veterinary help and everything.” 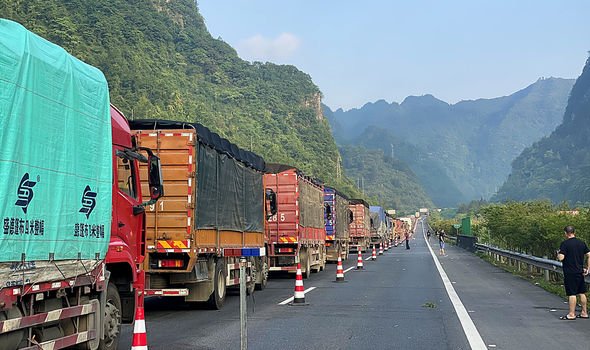 Since its launch in 1998 the charity has rescued more ­ than 600 bears in China and Vietnam where it has another sanctuary.

Ryan Marcel Sucaet, of Animals Asia China’s bear and vet team, said: “We’re so proud of how these bears have handled the journey.

“Our team did an incredible job of keeping them calm, well-fed, stimulated, and comfortable along the way.”