Research polling 2,000 adults found 39 percent believe there’s gender bias where they work when it comes to being considered for career enhancing opportunities – like being a project lead. But more women (42 percent) than men (35 percent) believe this to be true – suggesting they felt this more acutely. While around a fifth (17 percent) of females have made the conscious decision not to apply for a job or promotion for fear of being discriminated against because of their sex.

Commissioned by Samsung Pioneers, Samsung UK’s gender equality platform, the research also found just 19 percent believe there is no bias towards males or females where they work.

Charlotte Grant, head of engagement and inclusion at Samsung UK and Ireland, said: “We are moving in the right direction as shown by this research, which is certainly encouraging.

“But there is still a long way to go to achieve total gender parity in the workplace.

“Companies have an active role to play in tackling this, creating a culture where conscious inclusion is a part of everyone’s everyday and where actively challenging bias becomes the norm”. 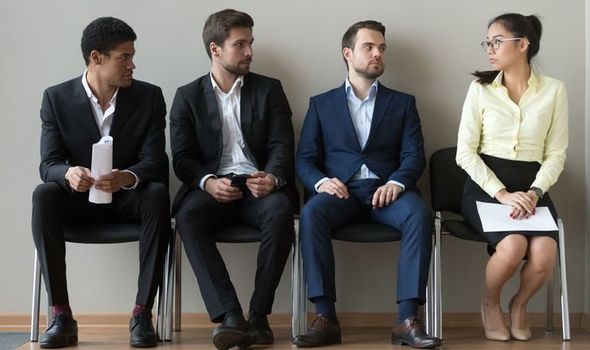 But it’s not just roles which are seen as male or female – particular characteristics or skills are considered to be more prominent in one gender or the other.

Carried out through OnePoll, the study found men are four times more likely than women to have perceived leadership skills – 23 percent compared to five percent.

And although most of those polled consider UK industries to be largely gender-neutral, sectors such as engineering, law enforcement and technology are still seen as male dominated.

Charlotte Grant added: “At Samsung, we believe equality and inclusion is fundamental in shaping a better future and our workforce should mirror our diverse customer base.

“Whilst we know there is always more to do, we are committed to putting this into practice, most recently launching our [email protected] Employee Resource Group and rolling out conscious inclusion awareness training throughout our entire UK & Ireland business to advocate positive change.”

‘Wish Dragon’ Review: Hong Kong-Set Netflix Movie Makes Up in Attitude What It Lacks in Originality