The truth will set you free. Hannah Brown doesn’t hold back in her upcoming memoir, God Bless This Mess, revealing everything that went down during (and after) her time as the Bachelorette. One of the biggest bombshells? She had sex with Peter Weber while his season of the show was airing.

The Biggest Bombshells Revealed in ‘Bachelor’ Memoirs Over the Years

“Telling that story, I think it just really gives an honest and vulnerable account of what was kind of going on in my life,” Brown, 27, exclusively told Us Weekly about including the February 2020 hookup in the book. “There’s this buildup that kind of happens, you know, and then my brother has the overdose and the stuff with the quarantine crew. It was, like, this perfect storm that unfortunately there were some mistakes and all that, but [it] led me to getting the help that I needed. So I think that story really was important. And I think it’s relatable. I mean, maybe not the parents’ house, but it’s definitely a sign of making a poor decision when you’re hurting. And I think a lot of girls can relate to that.” 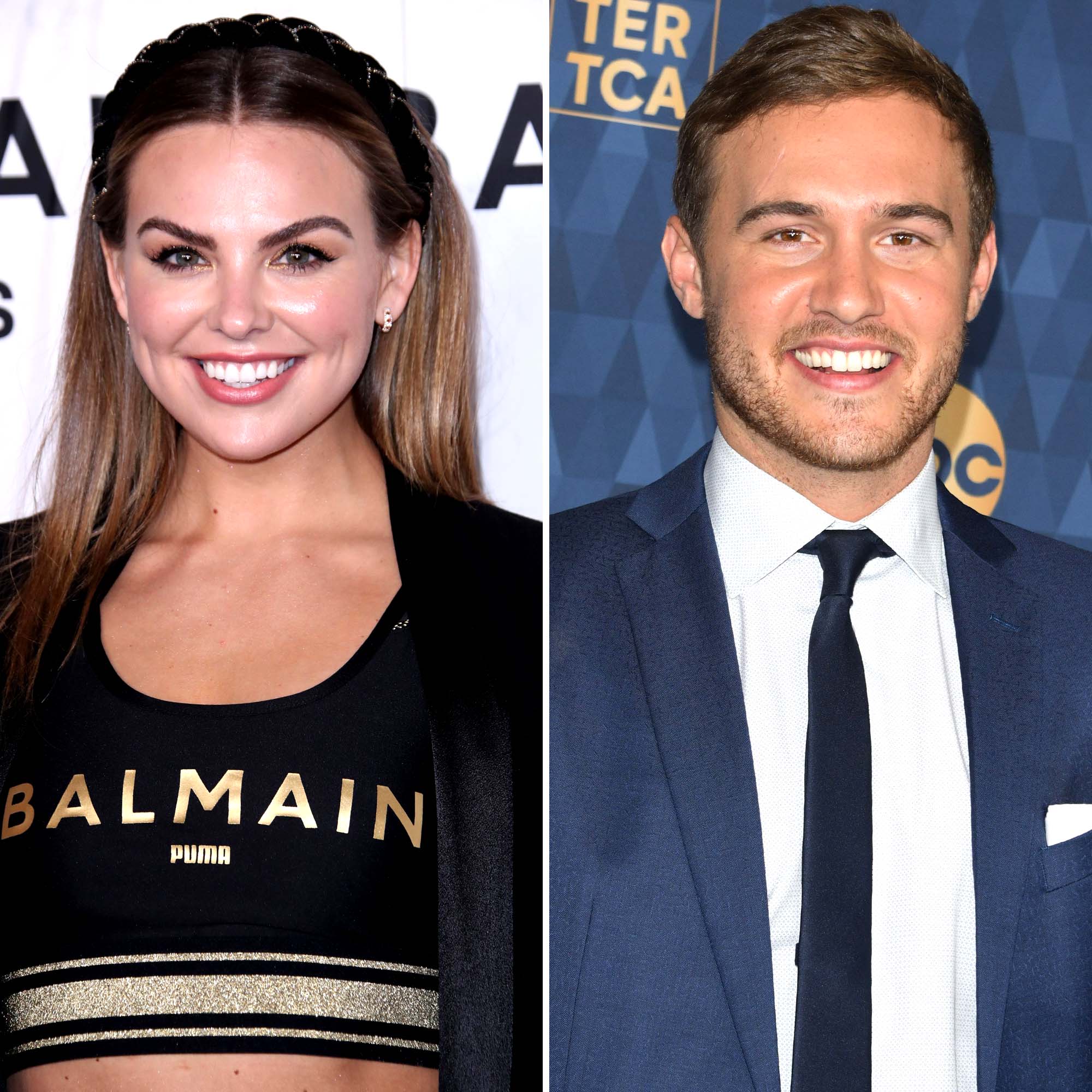 Weber, 30, originally competed for Brown’s affections on season 15 of The Bachelorette, which aired during the summer of 2019. After coming in third, he was named the season 24 Bachelor. The former Miss Alabama, for her part, split from winner Jed Wyatt before her season even finished airing. After she nearly rekindled things with runner-up Tyler Cameron, ABC called Brown to film scenes for Weber’s season.

Hannah Brown’s Evolution: From ‘Bachelor’ to ‘DWTS’ Champ and Beyond

While the pilot gave Brown the option to join his season, she was competing on season 28 of Dancing With the Stars at the time. Still, she had feelings for him. Once he wrapped — and secretly split from winner Hannah Ann Sluss the same month the show premiered — she ran into him at Dylan Barbour and Hannah Godwin’s engagement party in February 2020. Looking for privacy to catch up, Weber invited Brown over to his parents’ house in Los Angeles. The Alabama native was sleeping in his brother’s room when Weber texted her to come to his room and the pair had sex, per an excerpt from People.

The next morning, Brown, who wrote that the twosome’s spark was gone for good this time around, had an awkward breakfast with his parents before Weber left for work and called her an Uber. The next time the exes chatted on the phone, Weber admitted he still had feelings for his runner-up, Madison Prewett.

When asked whether Weber got a heads-up about what she was revealing in God Bless This Mess, Brown told Us: “He has not been a part of this process of writing this book.”

The “Bachelors in the City” podcast host, for his part, dated his fifth place finalist, Kelley Flanagan, for 10 months after failed romances with his top two. Not long after they split for good earlier this year, Weber told Us that he was willing to quit being the Bachelor for Brown at the time.

“I was an idiot, producers probably hated me, but I literally, like, I think they edited this part out, I was like, ‘I’m gonna leave the show, like, if you want to, if you want to give this a shot, I’ll leave right now,’” he said on Us’ “Here for the Right Reasons” podcast in April. “And she’s like, ‘You can’t do that, Peter, you’re the Bachelor, you signed a contract.’ I’m like, ‘No, like, I’ll do it. What are they gonna do to me?’ … I don’t know what I was thinking that day. I was very confused.”

He added: “I am very in touch with my feelings … and I know when I’m feeling something and when I’m not and I was just kind of going off of what I was feeling there. Maybe I was a little too impulsive.”

God Bless This Mess: Learning to Live and Love Through Life’s Best (and Worst) Moments is available for preorder and hits stands on Tuesday, November 23.

Can you get time off work if your child’s school is closed due to snow – and will you get paid? – The Sun