‘I’m still in awe’: This surprising TV show is a small wonder

Sparks literally fly during the opening scene of Reservation Dogs. In an Oklahoma backwater a gang of teenage bandits steals a delivery truck, driving off with the ramp still down so that it scrapes the road in their wake. The nervy robbers have bandanas to cover their faces and the perfect soundtrack to their heist: The Stooges’ proto-punk anthem I Wanna Be Your Dog. They also possess good safety instincts. “Put your seatbelt on,” Bear (D’Pharaoh Woon-A-Tai) reminds the driver, Elora Danan (Devery Jacobs).

Few titles on television right now have a better sense of the perfectly timed finishing touch – the bittersweet kicker, the deadpan aside, the cutting retort – than this Native American comic-drama. Set in a reservation town that’s marked by intergenerational poverty, collective trauma, and history’s heavy burden, the Binge series blossomed through its first season in 2021, with the second season currently unfolding in fascinating ways. Surprises are delivered with alacrity, while truths are calmly revealed. The show is a small wonder. 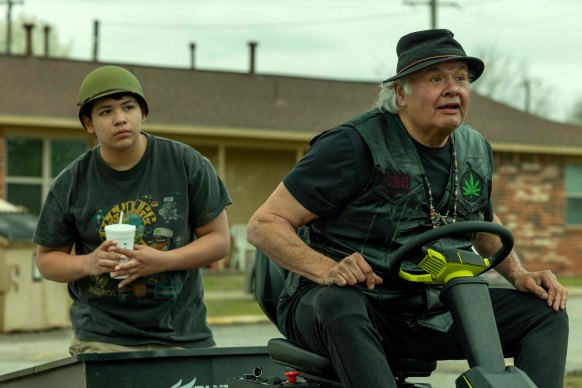 Reservation Dogs was created by the Native American filmmaker Sterlin Harjo and the New Zealand filmmaker Taika Waititi. They co-wrote the first episode, but the guiding voice is Harjo’s, who has written and directed multiple episodes that set a wonderfully distinct tone. Crucially, Waititi got the independent director through the door at HBO, as part of his practical commitment to First Nations and minority voices (see also Our Flag Means Death). Harjo hasn’t looked back.

Along with the cheerfully curious Cheese (Lane Factor) and hard-nut tomboy Willie Jack (Paulina Alexis), Bear and Elora Danan are a gang of four. Their robberies and rip-offs have a purpose, raising money so they can leave town for faraway California. It was the idea of their late friend, Daniel (Dalton Cramer, in flashback). “This place killed him,” Elora Danan says, and a year after his passing they’re observing commemorative rituals and pilfering copper, much to the chagrin of tribal police officer Big (Zahn McClarnon).

Any sense that you have a grip on the show’s trajectory dissipates within minutes, when Bear first encounters his spirit guide, William Knifeman (Dallas Goldtooth), a 19th century warrior who died an unlikely death at the Battle of Little Big Horn (like Caddyshack, it involves an errant gopher hole). “What are you going to fight for?” William says by way of prodding Bear, whose teenage gangster pose is no match for his conscience or watchful nurse mother, Rita (Sarah Podemski).

With a full roster of indigenous directors and writers, as well as a near majority of the sizable cast, Reservation Dogs is a breakthrough in terms of representation. But it wears the achievement lightly, presenting the cold reality of the town’s failings and the rugged bond of the community’s spirit with equal understanding. The mood is immersive, reflecting how the characters experience their lives. Episodes are low-key but illustrative: Cheese going on a ride along with Big, or a farcical day inside and out the local Indian Health Service clinic. 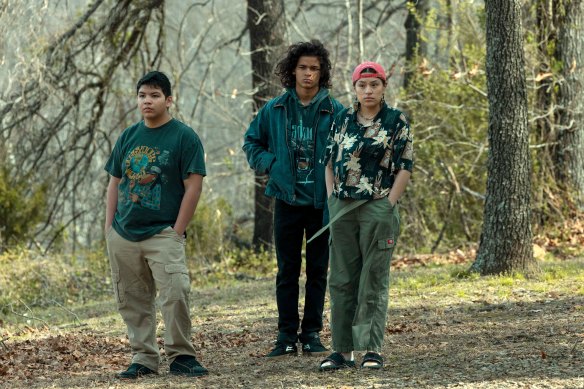 This is not the prairie equivalent of a British housing estate drama, where grimness prevails at every turn and the crime cycle is predatory. There’s deadpan humour, deep regret, and joyful camaraderie. The show meets its mooching eccentrics halfway, so that Bucky (Wes Studi) can chat about string theory while explaining how he “borrowed” a pick-up truck. Representation here is a matter of everyday experience and illustrative spirituality. The recent second season episode where family and friends gather for a grandmother’s passing is a gem of empathy and reminiscence.

There are a great many lessons here for creatives looking to introduce an underseen milieu to a mass audience. Reservation Dogs never sacrifices its tone for easy recognition – you have to acclimatise to the mercurial frequency, appreciate the culinary superiority of catfish and fry bread. Pay attention and there are note-perfect payoffs. A bit gag from the second episode, involving Cheese and a hospital patient, is revisited with a wealth of shared experience in a single shot six episodes later. 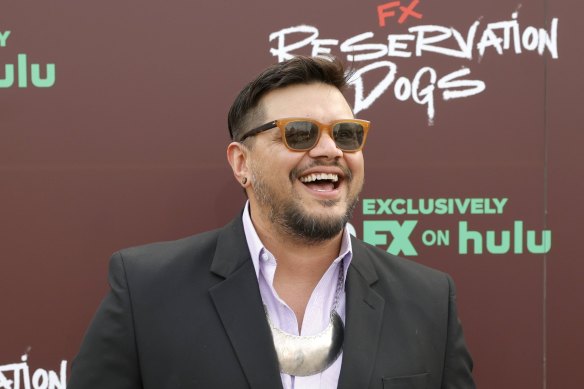 The second season hasn’t been afraid to move on from the first, taking the adolescent protagonists ever closer to the choices and compromise of adulthood. A self-contained episode where Bear did his first day working with a roofing crew, who included Daniel’s estranged father, was emblematic in its mix of workplace humour and deeply held consolation. If the series makes the metaphysical madcap, it’s equally willing to make a burden heavy. Each informs the other.

On a show where “I have my ways” basically translates as “I stole it”, Reservation Dogs has found a storytelling language viewers can readily become fluent in. It is sweet and stinging, ludicrous and lived-in. I’m still in awe of how much is contained in the 25-minute episode where Elora Danan’s driving test with Bill Burr’s instructor becomes an odyssey of meth-head motels and parental longing. All those original sparks? They burn bright and long here.