An extra $4.4 billion a year is needed for Indigenous people to receive the same level of health care as the general population, a new report says, including an additional $2.6 billion from the federal government. 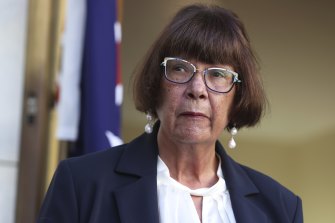 "Given the barriers many Aboriginal and Torres Strait Islander people face in accessing private health care, it is important to recognise this as part of the overall gap and for Commonwealth, state and territory governments to fill this shortfall and work with the Aboriginal Community Controlled Health Sector and other partners to address it," the report said.

The report estimated total recurrent expenditure on Indigenous health in 2019-20 to be $8.6 billion. This translated to $9925 a year spent on health for each Indigenous person compared to $7365 for non-Indigenous Australians.

While more was spent on Indigenous people, the report argued the figure should be double the amount spent on non-Indigenous Australians because the Aboriginal and Torres Strait Islander population suffered from a burden of disease at 2.3 times the rate of the general population.

On this basis, health spending per capita for Indigenous people should be $14,967 a year, or an extra $5042 per person, it said. The report calculated the $4.4 billion figure by multiplying this gap by a projected Indigenous population of 863,576 people.

“These figures are not intended to be used alone to determine resource allocation, and more analysis is required to determine varied costs across the nation associated with delivering efficient and effective, comprehensive and culturally appropriate care to Aboriginal and Torres Strait Islander Australians,” the report said.

“However, it is critical we estimate the gap in expenditure because it helps us understand the scale of unmet need amongst Aboriginal and Torres Strait Islanders.”

NACCHO chief executive and lead convenor of the Coalition of Peaks Pat Turner said the funding shortfall showed the government had wasted three years of opportunities to address the issue.

“The Commonwealth has had the opportunity to fix its share of the funding gap in three big-spending budgets focused on stimulus measures during the pandemic,” she said.

Several key socio-economic reforms in the National Agreement on Closing the Gap aim to address poor outcomes in areas of Indigenous health.

A spokeswoman for the Coalition last week said it had allocated $900 million for Indigenous health in the past two budgets. However, this figure takes in some funding for wider reforms to the aged care sector and for programs aimed at the multicultural community.

With less than two weeks left in the election campaign, Labor has pledged $52.9 million for a First Nations health worker training program, $45 million for dialysis services and $13.5 million towards eradicating rheumatic heart disease if it wins on May 21.

Federal funding towards Aboriginal community-controlled health organisations (ACCHOs) has increased by $64 million since 2018, hitting $598 million last financial year. The government spokeswoman noted it had allocated more than $4 billion towards ACCHOs under the Indigenous Australians Health Programme over the next four years.