It sparks joy: The life-changing magic of clutter

I’m not a hoarder, but … there is a box in the house with a pine cone I picked off the ground in 1989. I can explain. I think. Once I take a good hard look at myself and scare away the abyss.

If memory serves me right, Tossy the pine cone came home with me one afternoon late in my first year of school. It was taller and more symmetrical than all those inferior other pine cones and made an excellent toy. Six-year-old me admired the way it spun in the air and was quite proud catching it. Hence the name Tossy. The imagination is strong in this one. 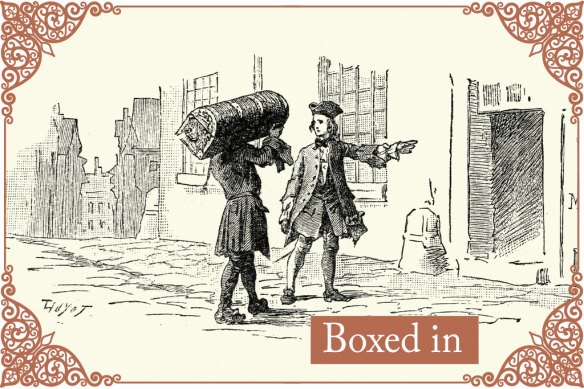 I hold onto life’s detritus, or perhaps its emotional debris.

Thirty-three-and-a-third years and (scratches head) umpteen moves later, the pine cone is still in perfect shape but lies dormant in a box of stuff too useless to use but too good to throw out. It’s even wrapped in paper. There are other boxes that have been collected over the years, with writings, photographs, love letters, etc, but this collection defies easy categorisation. There’s a plate with my face on it, the signed school shirt from my last day of year 12, and my first teddy bear. And yes, the pine cone. Life’s detritus, or perhaps its emotional debris. There is something reassuring about its presence, a tether to another time.

This is not to say the declutter cult has never crossed the threshold at Casa Ruffles. We’ve learnt a thing or two about folding socks and T-shirts from Japanese organising guru Marie Kondo, and breathed sighs of relief that the houses she was dispatched to for her TV show looked very little like ours.

When there are four people and six rooms, there’s a limit to what can fit. We’ll take any method for stacking saucepan lids or maximising wardrobe space we can get. A proliferation of pencils and sundry stationery (thanks Muji) can be managed with the right pen holders and shelves (thanks Daiso). Everything has a place, but every place has a thing, and there’s not much margin for error. The system falls down a bit because Mr Almost Three thinks Everything Everywhere All At Once is a motto to live by. 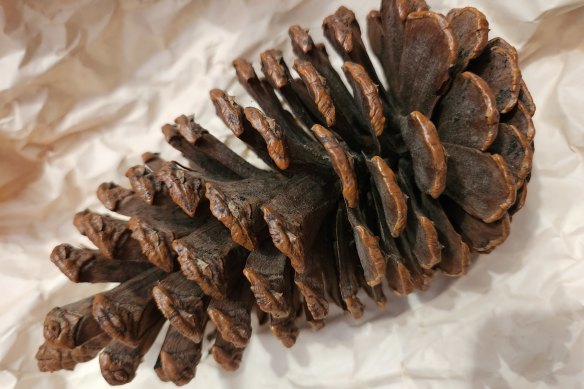 Kondo’s mantra is to keep only things that spark joy. This butts up against the reality of having to own pasta strainers and hang on to tax receipts and the physical impossibility of shedding all those AV cables that will definitely be useful one day. But it’s a useful filter to apply when turfing out 29 unloved chopsticks in favour of four new, elegant pairs.

Does this baggy blue shirt spark joy? No, but it’s the easiest to iron, so first choice until dead or I find something better. That ageing, chipped, grotty, graffitied and sticker-laden dining table? It’s in the bottom tier of the joy division.

Joy also comes from having an overflowing bookcase even when updates to the Wimpy Kid series are the only tomes likely to be completed any time soon. The spines facing out are reminders of pages past and spark hope for lazy days ahead delving into other worlds real and imagined. Are all these books practical? No. Essential to a happy life? Well, we think so.

Occasionally, we’ll see a social media clip about an adult human who has designed and managed to live in a functional, minimalist shipping container and marvel at how they can function. But it’s nice to have warmth and fish and plants and life. We’re not robots.

Don’t get me wrong, there have been purges. Every time we move houses is an opportunity to decimate our possessions, in the Roman sense of getting rid of a tenth – usually with less stabbing and stoning – but given the stairs I make no promises for next time. Lots of once-treasured possessions have fallen at these hurdles, usually because of the ravages of time or breakage, but sometimes because I grew up and realised I didn’t need to keep my first rainbow-coloured notepad from kindergarten.

Moving as a younger adult was quite an efficient method of getting rid of stuff. There were 11 moves in as many years across five cities when I was at my most peripatetic, although it seems middle age is slowing me down. Since we’ve taken root recently, the annual hard rubbish collection has become the catalyst for re-evaluating our possessions. It’s not the same. It’s much less ruthless. Without the need to pull every plate and partly used packet of Christmas cards from every nook and cranny, there’s less impetus to turf the trash.

Yet through it all, the detritus has stayed. The box has changed over the years, but the emotional debris has been opened, sifted through and repackaged. The pine cone stays, so long as it is intact. And there’s no question about the teddy bear. As long as there’s space in my heart, I’ll find space in the wardrobe.