HM’s sweet tooth! Former lady-in-waiting Lady Pamela Hicks says the Queen used to bring a ‘box of chocolates for the host and a box of chocolate for herself’ when coming to stay

Her mother, Lady Pamela Hicks, is the daughter of Lord Mountbatten and a first cousin to the late Prince Philip. As lady-in-waiting to Princess Elizabeth, Lady Pamela accompanied her on many engagements and royal tours.

She was also with her and the Duke of Edinburgh in Kenya when George VI died in 1952 and Princess Elizabeth became Queen. 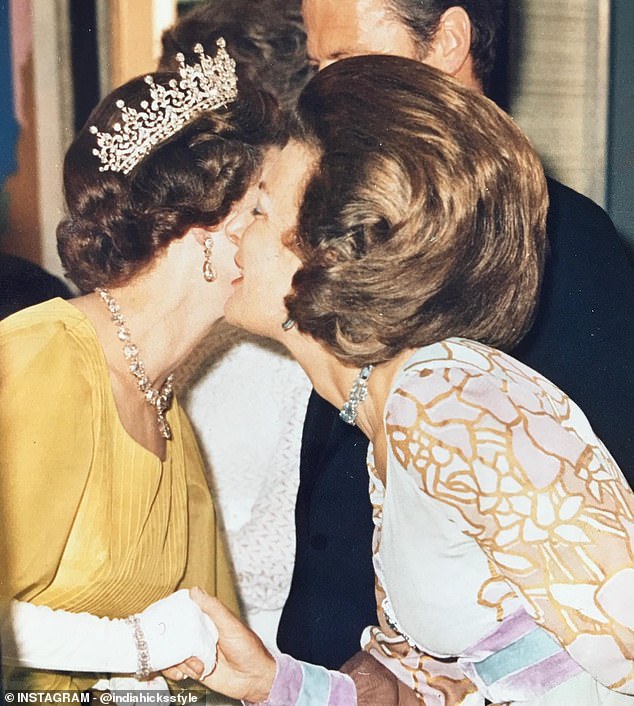 Friends till the last: The late Queen and Lady Pamela Hicks share a moment in their younger days 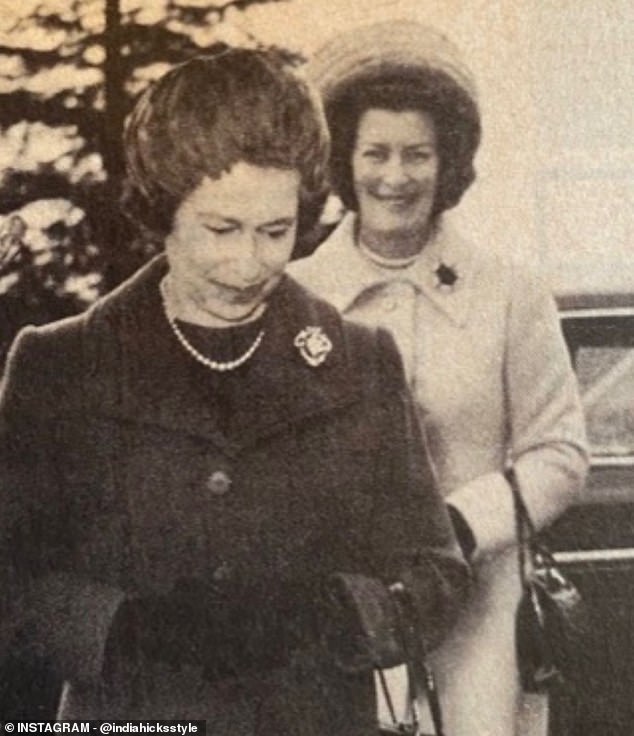 Lady Pamela Hicks, the Queen’s former lady-in-waiting, pictured here behind the late monarch, was a constant companion in the Queen’s long life 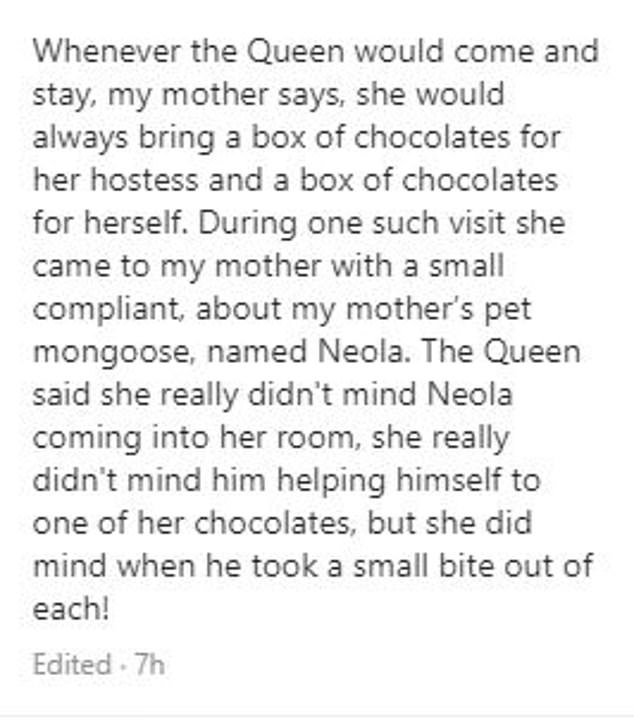 Taking to Instagram, India posted a photo of the Queen and her mother.

‘During one such visit she came to my mother with a small compliant (sic), about my mother’s pet mongoose, named Neola.

She added that the Queen was a ‘rare constant in a world of exceptional change’.

Royal fans were delighted with the sweet anecdote, which was shared following the death of the Queen

She wrote: ‘The Queen saw 15 prime ministers come and go, she outlived 5 popes and for 70 years has been the nations figure head, from swinging sixties and moon landings to the advent of computers and Instagram.’

One user wrote: ‘What a wonderful photo and funny story!!’

Another wrote: ‘Well, it’s hard to know what’s inside each chocolate! Neola was just trying to find his favorite!’

A third added: ‘What an extraordinary life Lady Pamela has led!’ 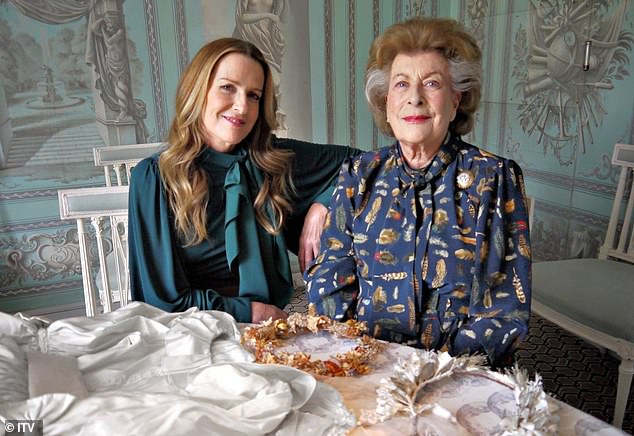 India Hicks with her mother Lady Pamela Hicks, the great great-granddaughter of Queen Victoria, pictured in April 2021, when she was speaking to an ITV team about her time with the royal family 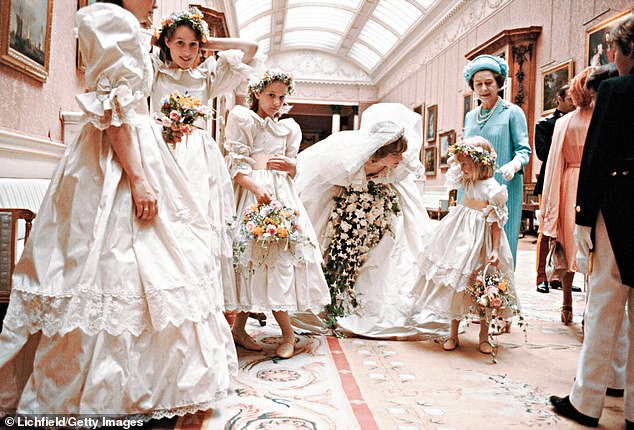 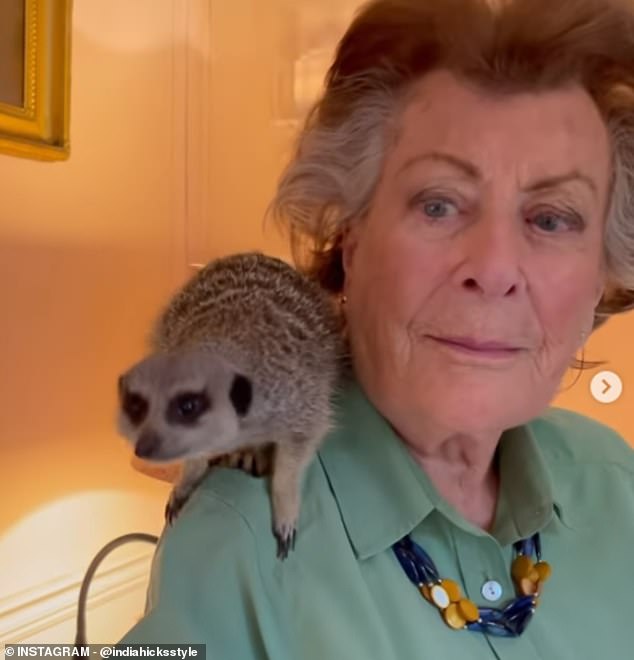 Lady Pamela Hicks is known for her love of animals, and had fun bonding with this meerkat on her 93rd birthday

Lady Pamela Hicks is known for her love of animals.

On her 93rd birthday in April this year, she celebrated with a ‘wildlife show’ at her Oxfordshire home.

At the time, India – who describes herself as a designer, humanitarian, and mother of five, and who recently travelled to Ukraine to deliver aid – wrote: ‘My mama turned 93 today. What on earth do you give someone who has lived 93 very full years.’