SHE may have spent the past 40 years in agony, but Deidre Sanders has no complaints.

For four decades the 75-year-old Sun Agony Aunt has been the ­sympathetic shoulder we have turned to in our moments of greatest need. 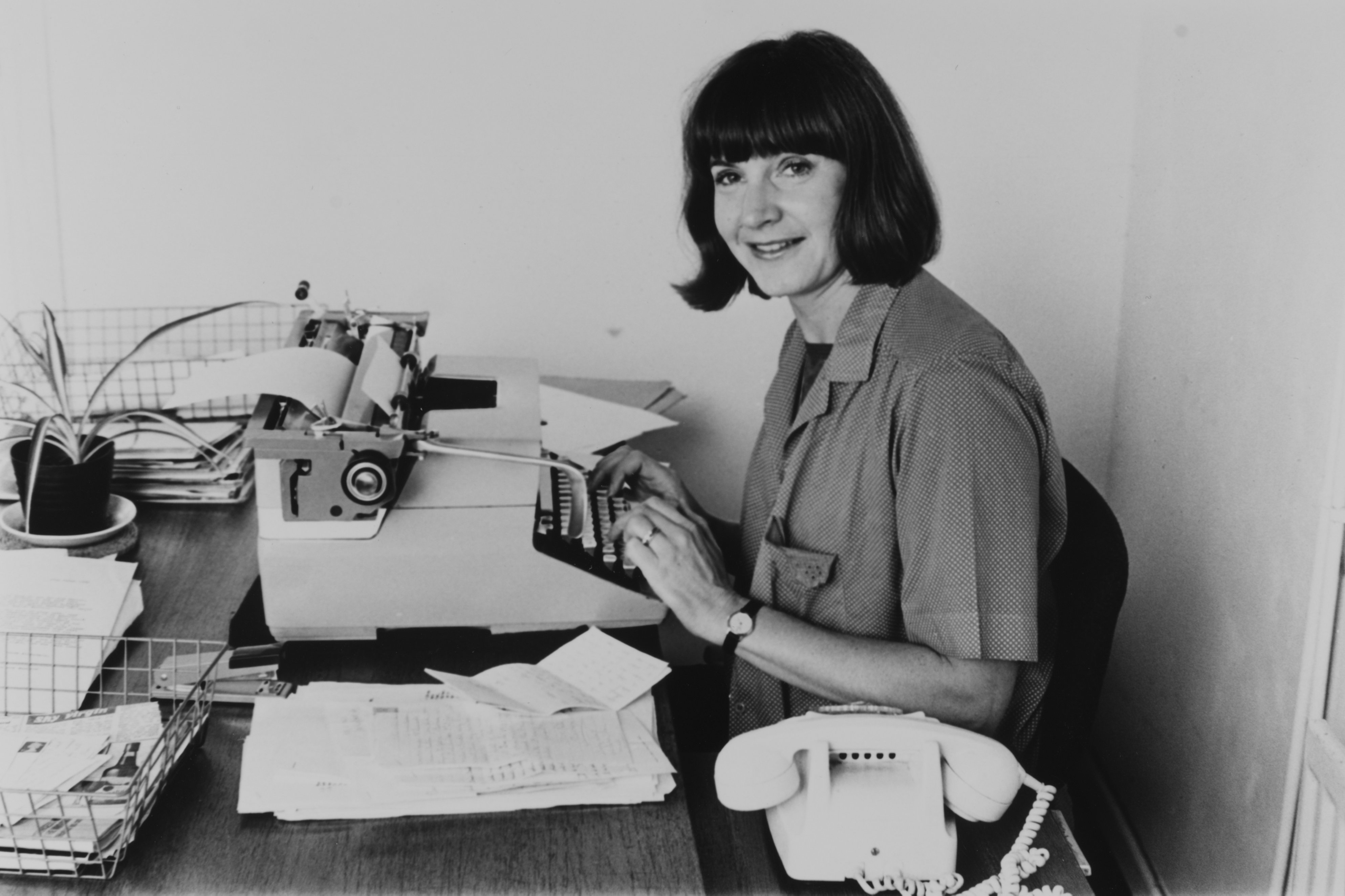 Whether it is confessing to infidelity, asking how to spice up sex, dealing with difficult kids or combating ­loneliness, the woman known to Sun readers as “Dear Deidre” has always been on hand to answer every kind of problem in her famous ­column.

And as Deidre prepares to mark 40 years as the nation’s favourite agony aunt next month, she has been ­reflecting on her unique job.

She said: “I have one of the best jobs in journalism, and so fulfilling.

“And what a privilege to have an audience now of more than 30million across the paper and website sharing their stories with me over the years.” 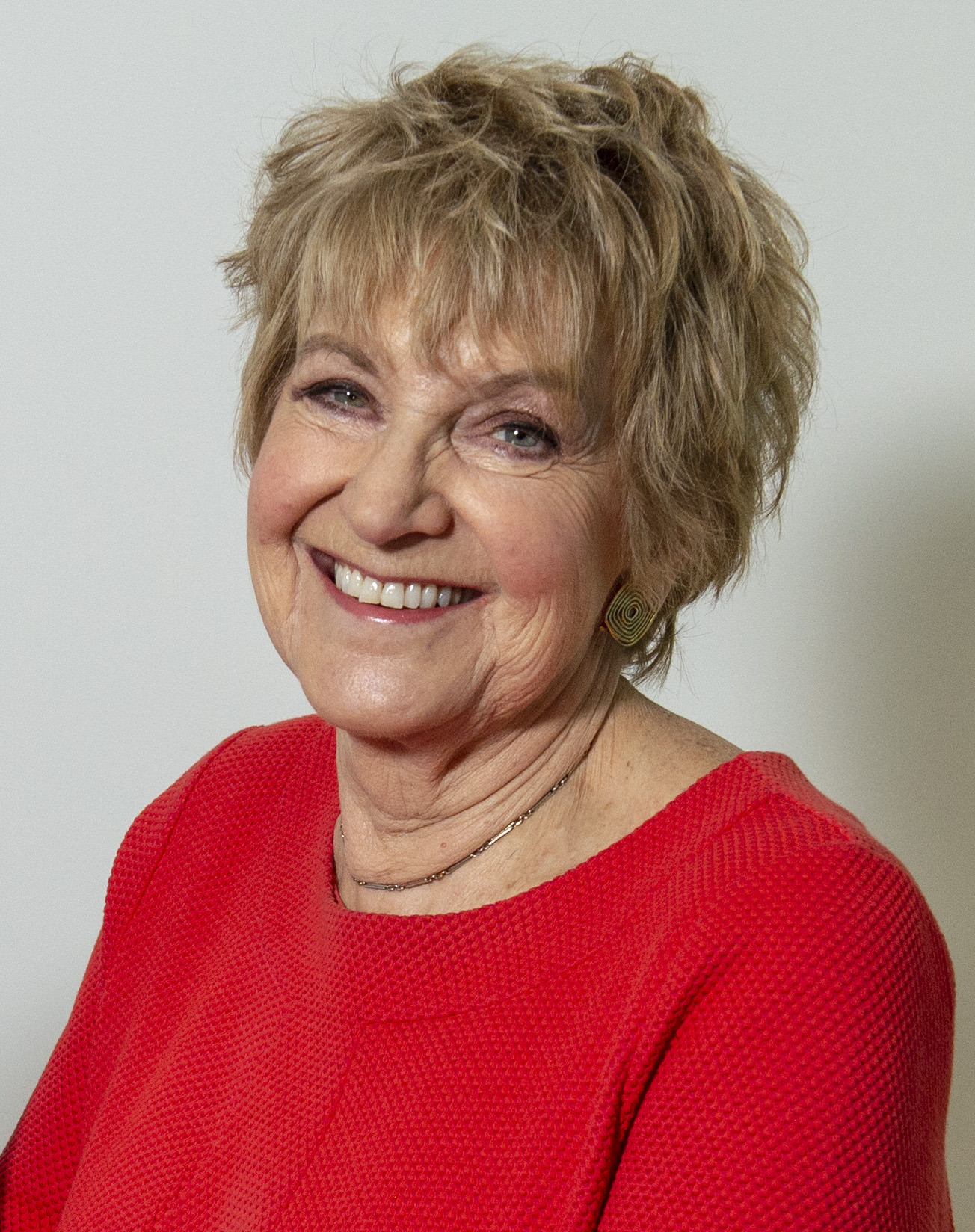 From getting pregnant by the postman to torrid trysts with the mother-in-law, there is virtually no dilemma Deidre has not tackled on her page.

She said: “There is very little that shocks me. I am never shocked by what people want to try sexually in a consensual relationship, for instance.

“The kinds of things that I actually find much more shocking are just how horrible adult families can be to each other, or how cruel people can be to children.”

Deidre, who also offers advice to viewers of ITV’s This Morning, believes experiences in her own life have helped her to understand the trauma others are going through.

She said: “My mum was an alcoholic and my dad had problems with alcohol too. They had a very unhappy relationship and split when I was 20.

“At the end of my first year at university, when I was 18, I got ­pregnant, which was terrifying. 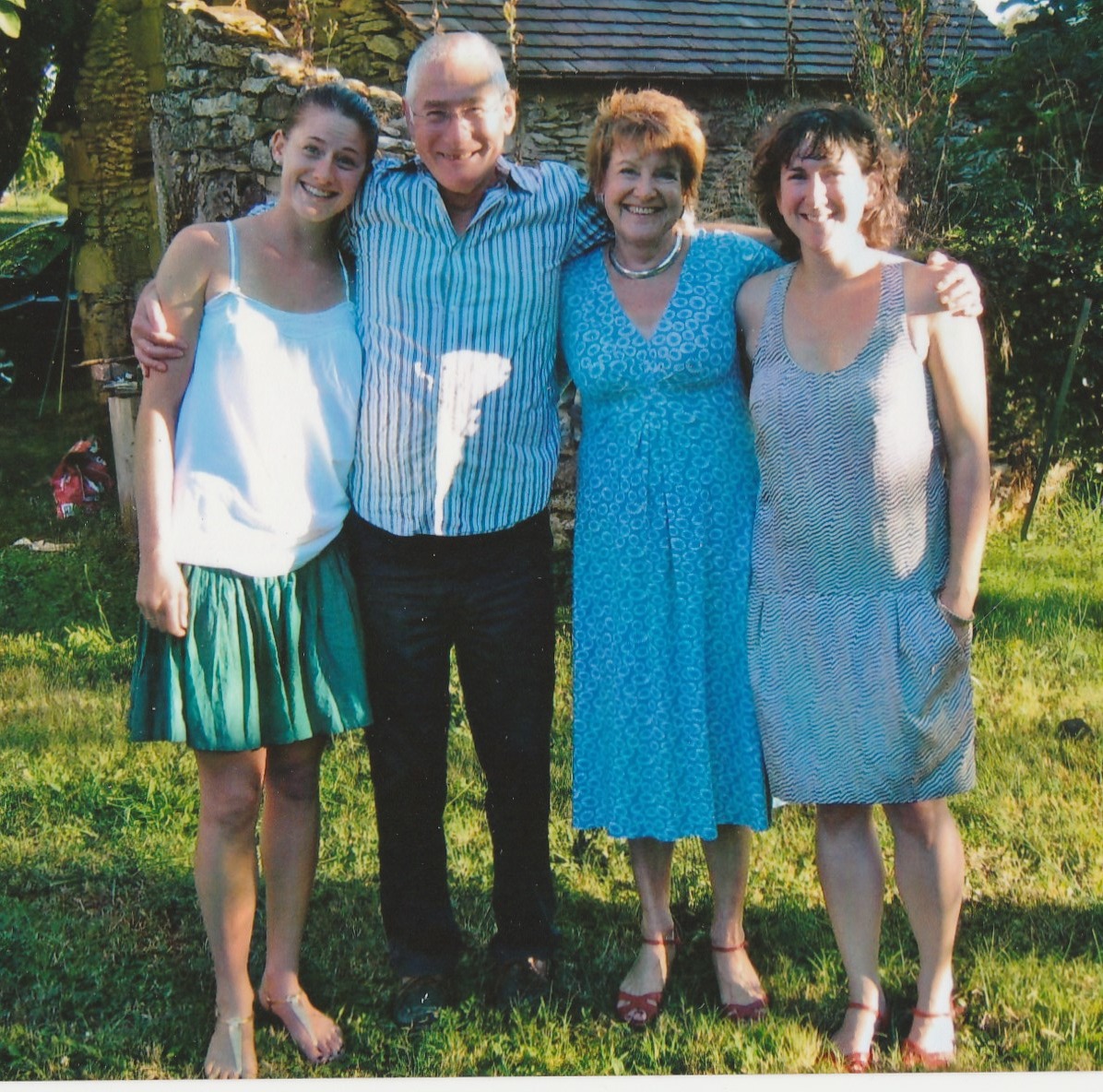 “This was in the days before the Abortion Act and women didn’t have the same choices they do today.

“I had a miscarriage, which was very traumatic, but it has helped me to understand the emotional extremes that people experience.”

And Deidre says her work as an agony aunt has undoubtedly helped her own marriage to Rick, 74, a ­journalist and author.

She said: “We have been married for more than 50 years and he knows me so well. He appreciates what I do and has always been supportive, but he has very separate interests.

“I met him at my 21st birthday party, and I know that keeping a marriage together is one of the ­toughest tasks out there.

“You can’t just be a back-seat ­passenger, you have to work at it.

“He has always been a very ­emotional man and very open. His dad died when he was 11, so he understands feelings. No marriage is without its bumps and we both had counselling when we were in our forties, separately. 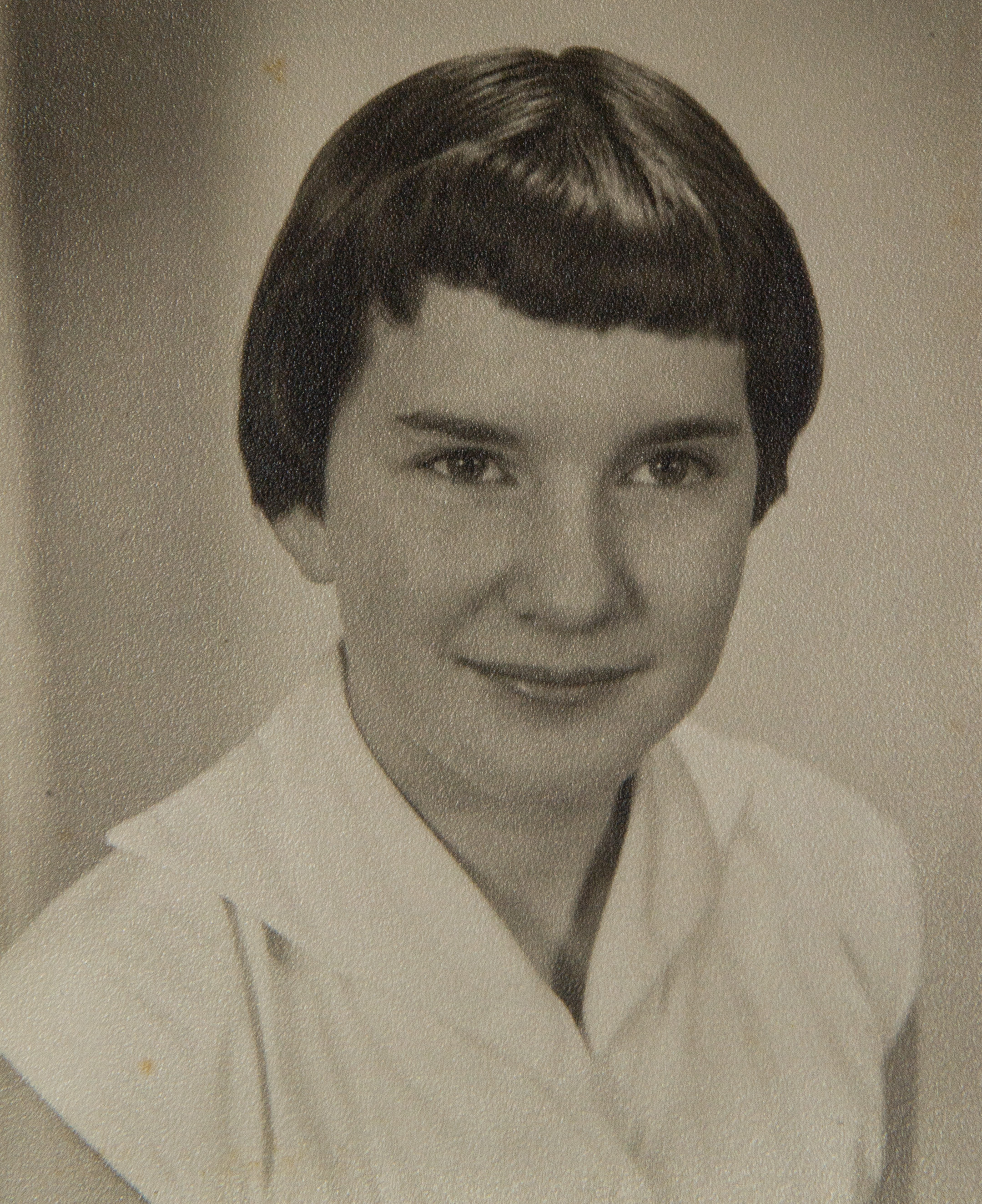 “I think that really helped to strengthen our marriage. We learned so much.”

In a special series next week in The Sun, ­Deidre will be delving into her files and republishing some of the most memorable letters from decades past.

She said: “In some ways you see huge changes in the problems people write to me about, and that reflects our changing society.

“I would say the internet has been the biggest game-changer in sex and relationships. It blew everything else away. And I include in that online dating, social media, smartphones.

“So much of life is lived online now. It was something I couldn’t have predicted when I started. In so many problems now — cheating, pornography, dating, problems between parents and children — technology and texting plays a huge role.

“The world moves quickly but at the root of so many problems are still issues like: How do you make long-term relationships work? 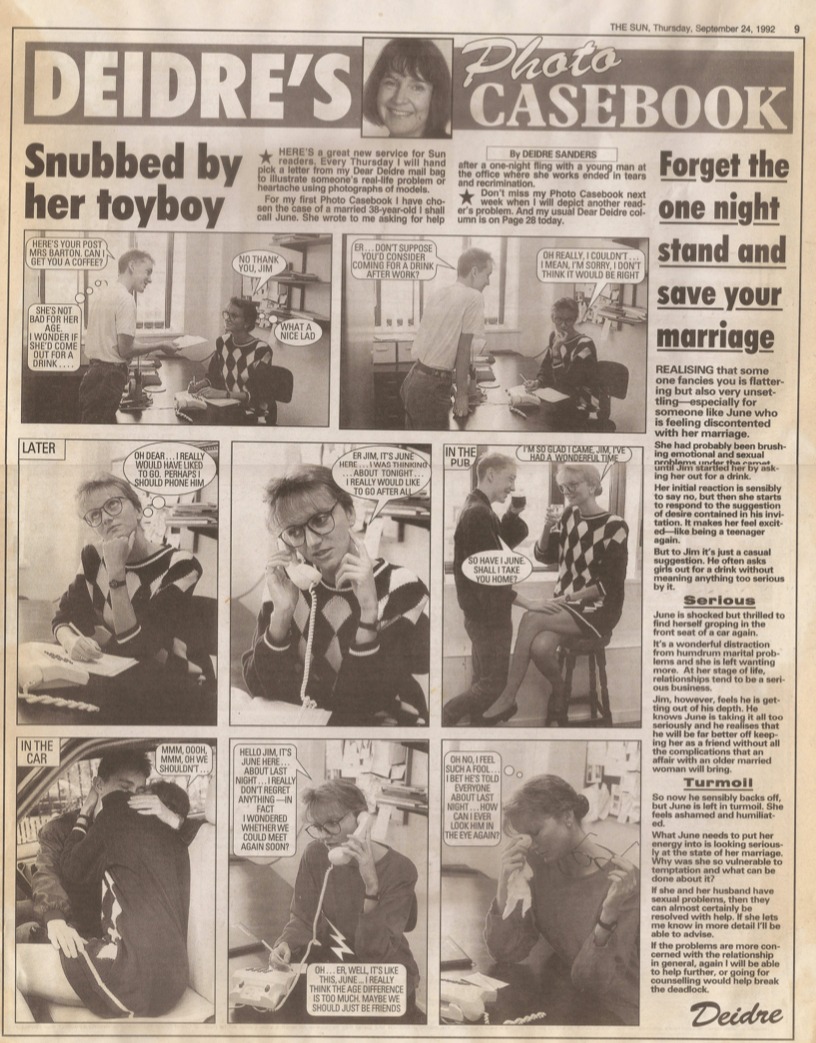 “How do you parent children? How do you find love? I think the letters really reflect how much life has changed but also how it has stayed the same in many ways.”

Deidre’s is the only problem page to maintain an answering service where every reader who writes gets a reply with advice, whether their letter is printed or not. She has a dedicated team of counsellors to help her deal with her 1,000-strong weekly postbag.

She said: “I am incredibly proud that The Sun maintains this service.

“It builds up a huge amount of trust with readers and a very deep personal rapport.

“It matters because people feel their problem has been thought about and heard. Some write again and again through their lives and we keep all their letters together to try to make sure the same person answers them.”

It seems overhearing some of ­Deidre’s team lunches would be an eyebrow-raising experience.

She said: “We’ve often been known to silence restaurants as other diners catch snippets of our conversations. 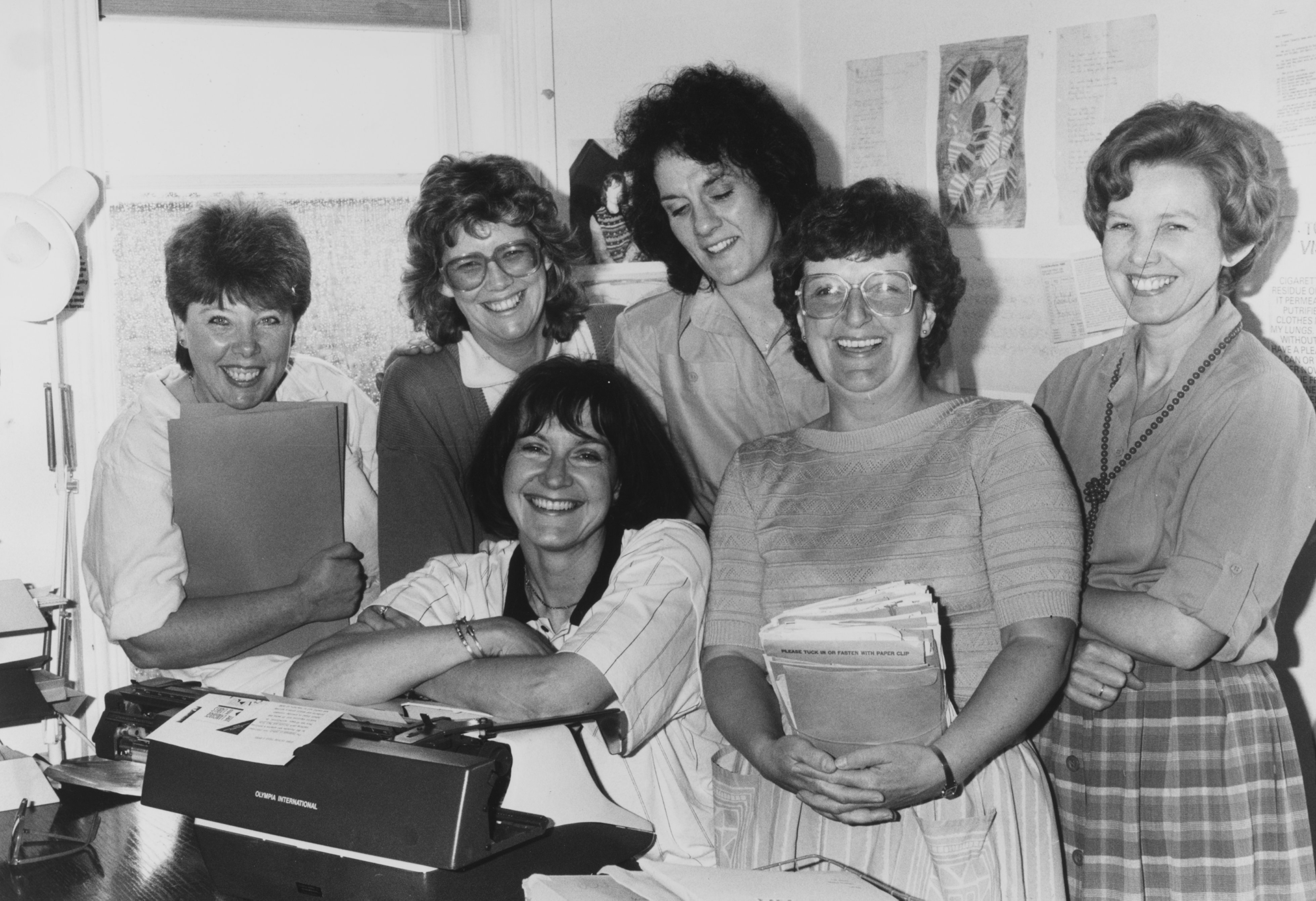 Deidre said: “The Sun’s first editor, Larry Lamb, interviewed me for the job. I wanted it so badly and I was so nervous I thought I would be sick on the carpet.

“Agony columns had been quite different in the past, focused on issues like depression or addiction. We ­covered all those kinds of things but came at it from the point of view of telling the human story behind it.

“People seemed to identify with the style and soon all agony columns were copying it.”

Deidre insists that having a broad range of problems on the page has been the key to her success. So while there are letters addressing bereavement, domestic violence, depression and eating disorders, you will find humour and surprise among the heartbreak.

Memorable letters from down the years have included one which began: “Our relationship was going well until my fiancé bought his new car.

“We used to make love three or four times a week, usually in his old banger.

“But he rarely wants to make love in his new motor because he says it will ruin the upholstery.” 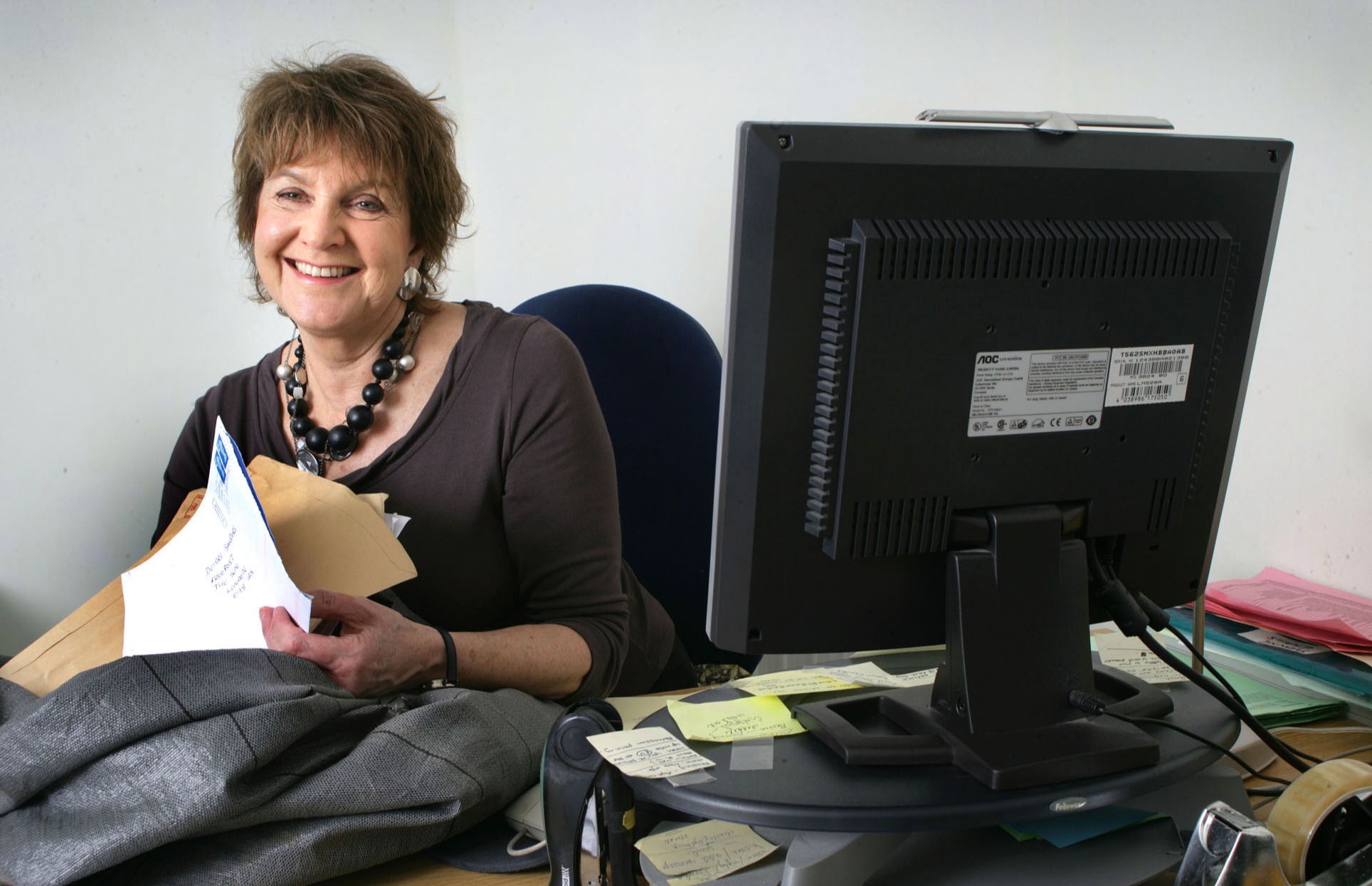 Another starts: “My best mate and I swapped wives but now I think I’ve pulled the short straw.

“He’s living in my detached house while I’m stuck in a council maisonette with his four children.”

Deidre said: “Taxi drivers always ask me if the letters are made up. But why would I ever need to?

“I am very careful to preserve readers’ anonymity. It is someone for them to confide in.

“Often, for instance, a woman wouldn’t dream of telling friends she had cheated on her husband, but she will tell me.”

And Phoebe has just become ­psychologist to the England women’s cricket team. 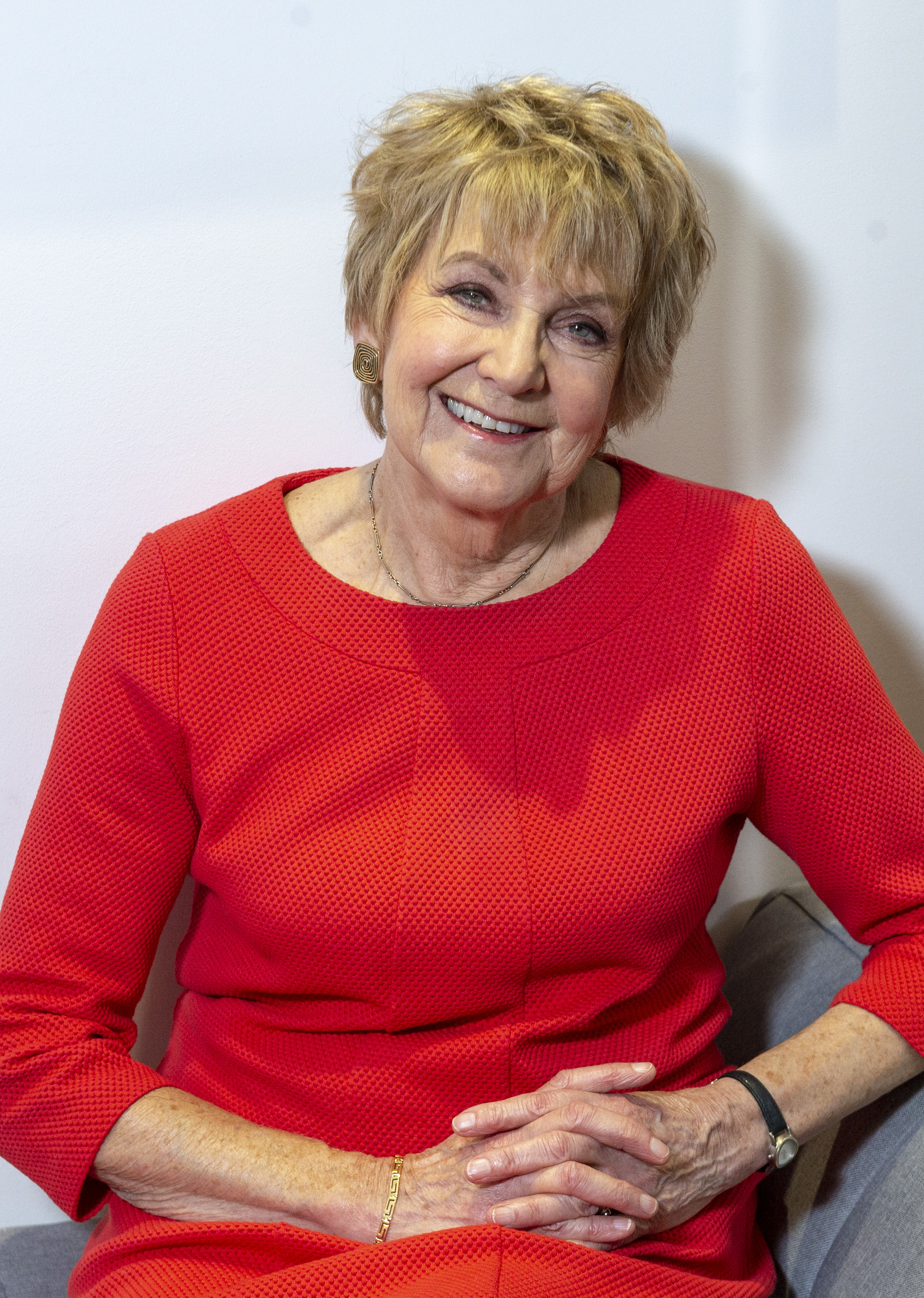 Deidre said of her daughters: “They have grown up with it. I don’t think they were ever embarrassed by what I did for a living.

“Although when they were ­teenagers they used to complain, ‘Mum, you have your counselling face on, stop it!’

“And I sometimes used to give out my leaflets to the girls and their friends.”

Deidre’s leaflets are, of course, now famous — or infamous to some.

She told how the most popular six ever are A Guide To Oral Sex, How Men Can Last Longer, Solving Erection Problems, 50 Ways To Add Fun To Sex, Manhood Too Small? and, of course, the much-requested Orgasm For Women.

After seemingly dealing with the rest of the world’s problems, Deidre has her own agony aunt — a supervising counsellor with whom she regularly checks in about the column and her own life.

She said: “That unburdening is important, and it’s also important to discuss particularly tricky ethical dilemmas and problems ­readers write about.

“I always try to maintain a ­professional distance from the problems. But some cases are so hard, you just have to go away and have a good cry.”

Another emotional experience came in 2004 when Deidre was caught up in the Boxing Day tsunami while on a dream ­Christmas holiday to Sri Lanka with her family. 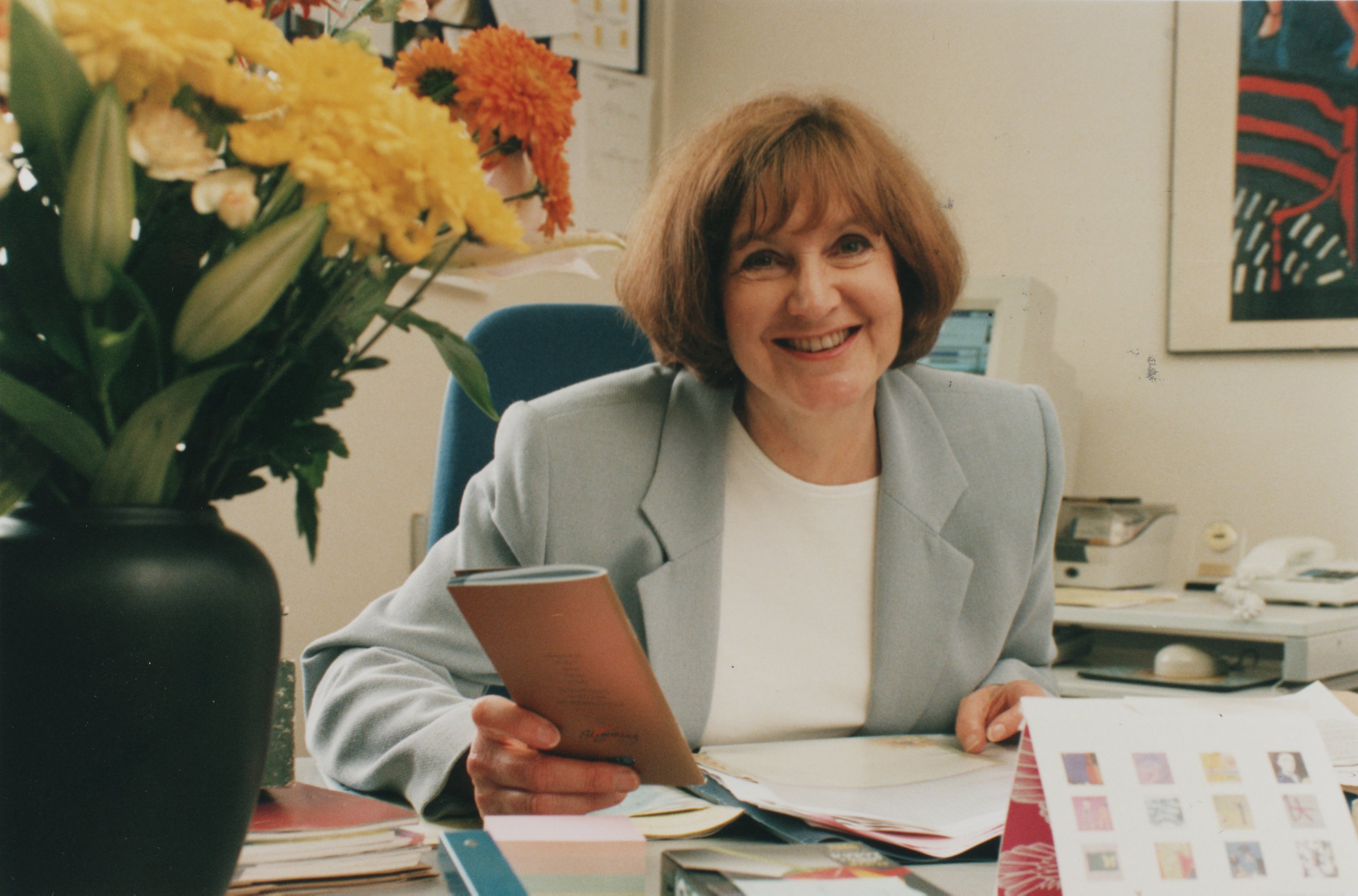 THE huge demand for Deidre’s problem-answering ­service was proven in the Eighties when 10,000 ­readers wrote in for a leaflet on orgasms – but an admin error led to ­calamitous results.

She said: “I included a thank-you letter in my ­column from a reader who had experienced sexual satisfaction for the first time ever in 16 years of ­marriage. She said it was thanks to the advice she had found in my leaflet on Women And Orgasm.

“Thousands of Sun readers then wrote in asking for a copy of the leaflet.

“As it happened, that day the box on my column telling readers the address to write to me was ­omitted – so readers thumbed through the paper until they found an address, which happened to be for the office from which they sent out the Sun bingo cards, and they all sent their stamped addressed envelopes there.

“Of course, we didn’t know what happened until a couple of weeks later, when I got all these letters in from readers complaining, ‘I sent for your leaflet on orgasm and you sent me a bingo card. What am I supposed to do with that?’”

Fortunately, they all escaped unscathed. But the experience ­profoundly affected her. She said: “It was a terrifying time, and I felt a lot of guilt afterwards.

“Fundraising afterwards to help a local family rebuild their home really helped me deal with it.”

Deidre also wrote for The Sun on the 7/7 London bombings in 2005 after being caught up in the attack at King’s Cross station.

Over the years she has also appeared before parliamentary select committees and advised ­governments on everything from family breakdowns to children accessing pornography.

She admitted one of the biggest disappointments to her over the years is that sex has not improved more for women.

She said: “I joked about all those enquiries about an orgasm leaflet in the 1980s. 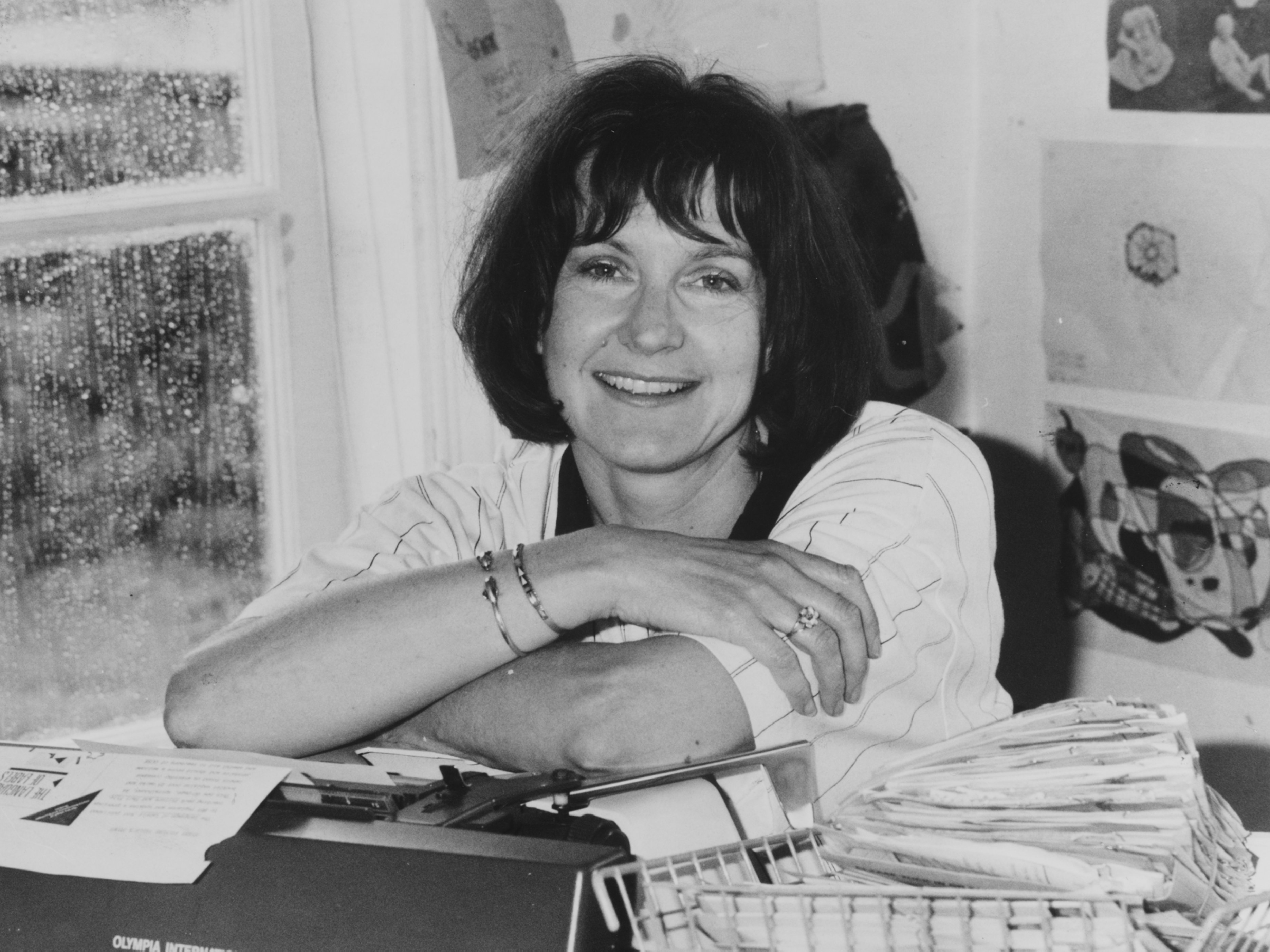 “But I always had this idea that sex would become much more egalitarian and more sensitive to what women want.

“I actually don’t think that has happened. People might have more sex nowadays, with more people, but more doesn’t necessarily mean better.

“I think technology has just swamped young people with ­pornography and given them ­completely wrong ideas about what makes a good sex life and what works for women.

“They want performative sex, not loving sex. I think women go along with it but then lose interest because it doesn’t work for them.

Deidre’s column has grown over the years from weekly to seven days a week. The photo casebook began in 1992 and Dear Deidre ­letters are often among the most-read items online.

Four decades on from her first letter, Deidre’s postbag is as full as ever and she is currently swamped with emails relating to the Covid-19 pandemic. 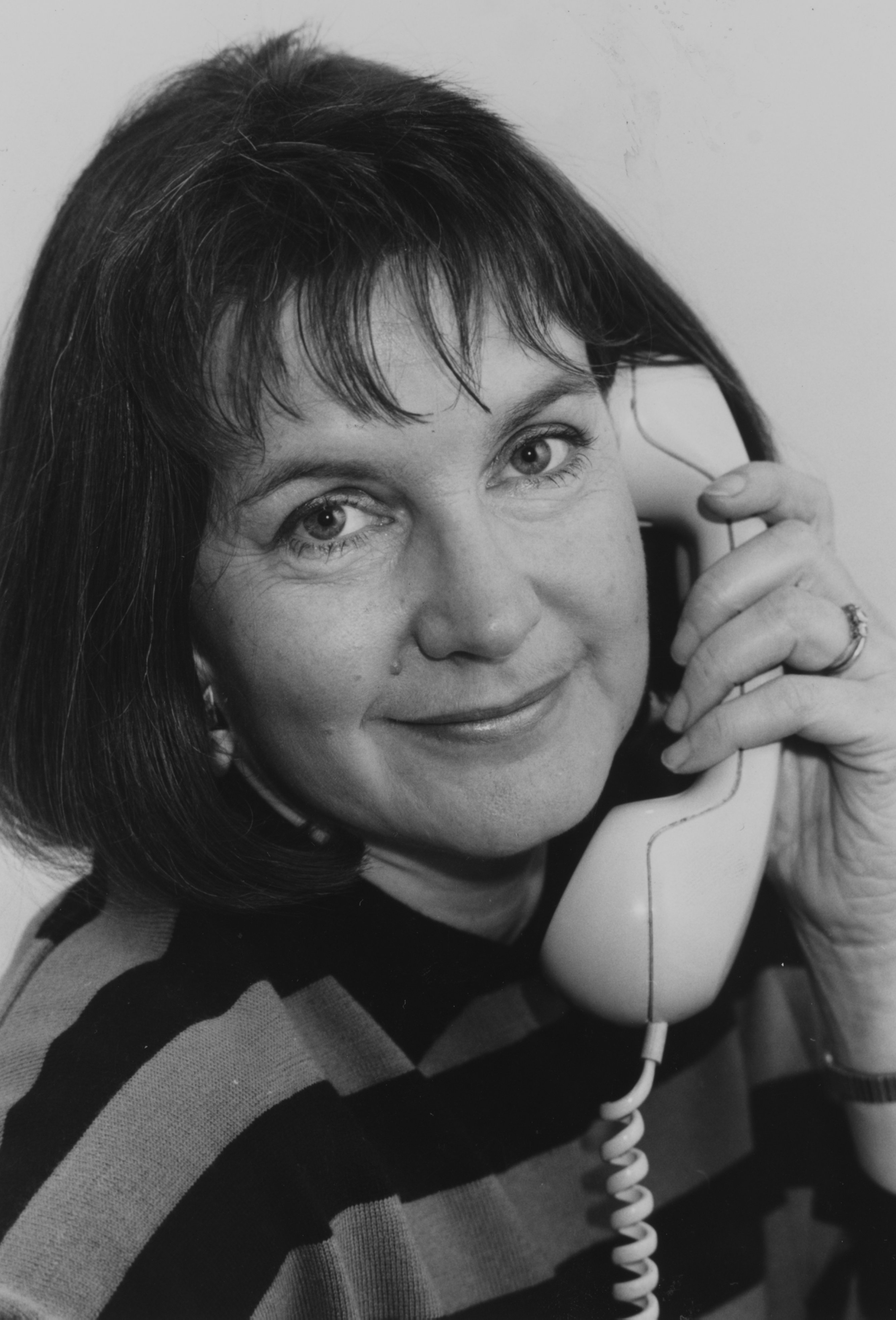 She said: “It is massive and has had a huge impact on relationships, children, rows, alcoholism and domestic violence.

“I am not sure politicians always think of the individuals but I am seeing the dreadful day-to-day repercussions.

“It seems the column is needed now more than ever, and I am proud to be there to help people.”

agony, aunt, Deidr, Legendary, sun
You may also like: