Follow
Home » Lifestyle » Nearly half of Brits hide their true personality from loved ones, study finds

Nearly half of Brits hide their true personality from loved ones, study finds

Janette Manrara admits she’s had a week of ‘mixed emotions’

A shocking 64 percent claim they hide how they really feel so regularly that even they sometimes can’t tell who they are. Brits are most likely to hide their true self from strangers and work colleagues, but 34 percent also cover up in front of friends. And 24 percent will put a ‘mask’ on in the company of their partner, with almost four in 10 admitting that this has led to arguments about what they are hiding.

But one in 10 admit to faking a persona in front of the police and 14 percent will hide their true selves when seeing a doctor.

The research was commissioned by discovery+ to mark the launch of Michael Jackson: A Faking It Special.

Kerry Daynes, Consultant Forensic Psychologist who features in the documentary said: “Sharing thoughts and feelings can be difficult, and the growth of social media combined with the extended period of isolation we’ve found ourselves in has no doubt made it feel more necessary for people to hide their true self behind a protective persona.

“However, it’s important to remember that bringing our most authentic self to situations is the best policy, and sometimes there might be a more sinister side to someone’s deceit.

“It is normal, and healthy, to put on a persona to help get through a difficult day.

“For example, we may need to wear a ‘cool as a cucumber’ mask to appear less anxious or frustrated; many of us have a ‘professional mask’ that encompasses enjoying mundane tasks or getting on with your colleagues.

“There’s also the ‘suck ups’ for those who feel the need to always people please at work, at home or make a good first impression; as well as the ‘peace makers’ for those in relationships or who act as the problem solver or chief negotiator to keep everyone happy.” 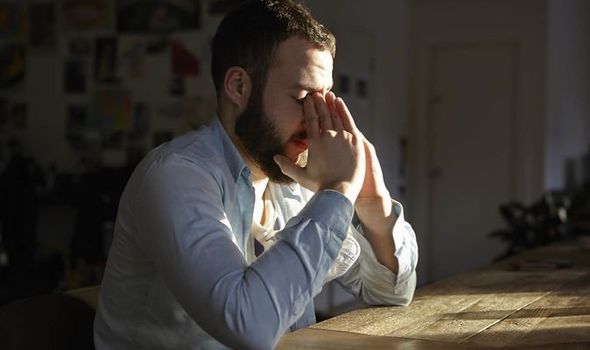 The study also found that reasons for wearing a ‘mask’ include appearing more confident (30 percent) and to ‘save face’ (17 percent).

But four in 10 do it to hide their fear and 36 percent use it to help them get through difficult times.

Sadness and anxiety are the top emotions which people admit to covering up the most and 29 percent will often hide their anger.

The most common ‘masks’ include appearing fine when something has upset them (40 percent), acting strong when they’re not (28 percent), and seemingly being organised and in control (21 percent).

But 26 percent have been called out for hiding their true feelings – with a third feeling embarrassed about it but almost four in 10 were glad it was noticed.

It also emerged 80 percent reckon it’s natural to hide your true feelings sometimes, with more than half hiding aspects of their personality from others.

A third have pretended to like a gift even when they don’t and 20 percent put on a fake smile in front of their kids and family when they’re feeling grumpy.

Despite this, the study conducted via OnePoll also found nine in 10 agree honesty and straightforwardness in other people are important to them.

Kerry added: “It’s clear we all feel the need to use faking as a social or coping strategy sometimes.

“Other personas identified in this project include ‘the scrounger’ the person who is always looking for a freebie and flirts with the barista to get a free coffee (five percent), ‘the tardies’ who are always ‘on their way’ or ‘just finishing up’ (21 percent) and the ‘fitness fabricators’ who order the salad when they really want the chips (five percent).”

Michael Jackson: A Faking It Special is available to stream now exclusively on discovery+ https://www.discoveryplus.co.uk/show/michael-jackson-a-faking-it-special?utm_campaign=UK-DIS-D1-DIS-C11-PR-CAM-AW-W-TrueCrime-FakingIt-210419-MichaelJackson&utm_medium=referral&utm_source=pr.com&utm_content=text-earned-prcom-id1

2. To get through a difficult time

5. To avoid ‘rocking the boat’

7. To avoid the partner/spouse sensing unhappiness

9. To keep the children/family happy 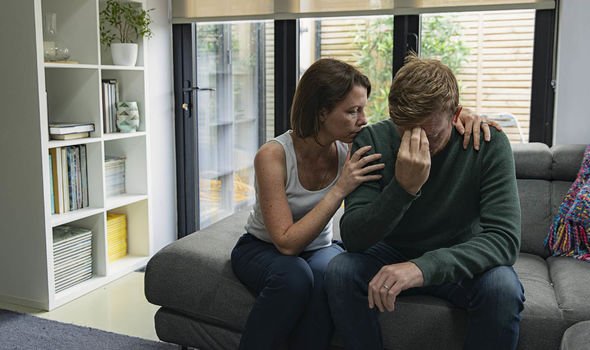 THE MOST COMMON ‘MASKS’ ACCORDING TO KERRY DAYNES

– The ‘scrounger’ one – the freebie junkie