A VARIATION of the Delta variant that could escape vaccine protection has been detected in the UK, health officials say.

It has taken on a mutation found in other variants, including that from South Africa (Beta). 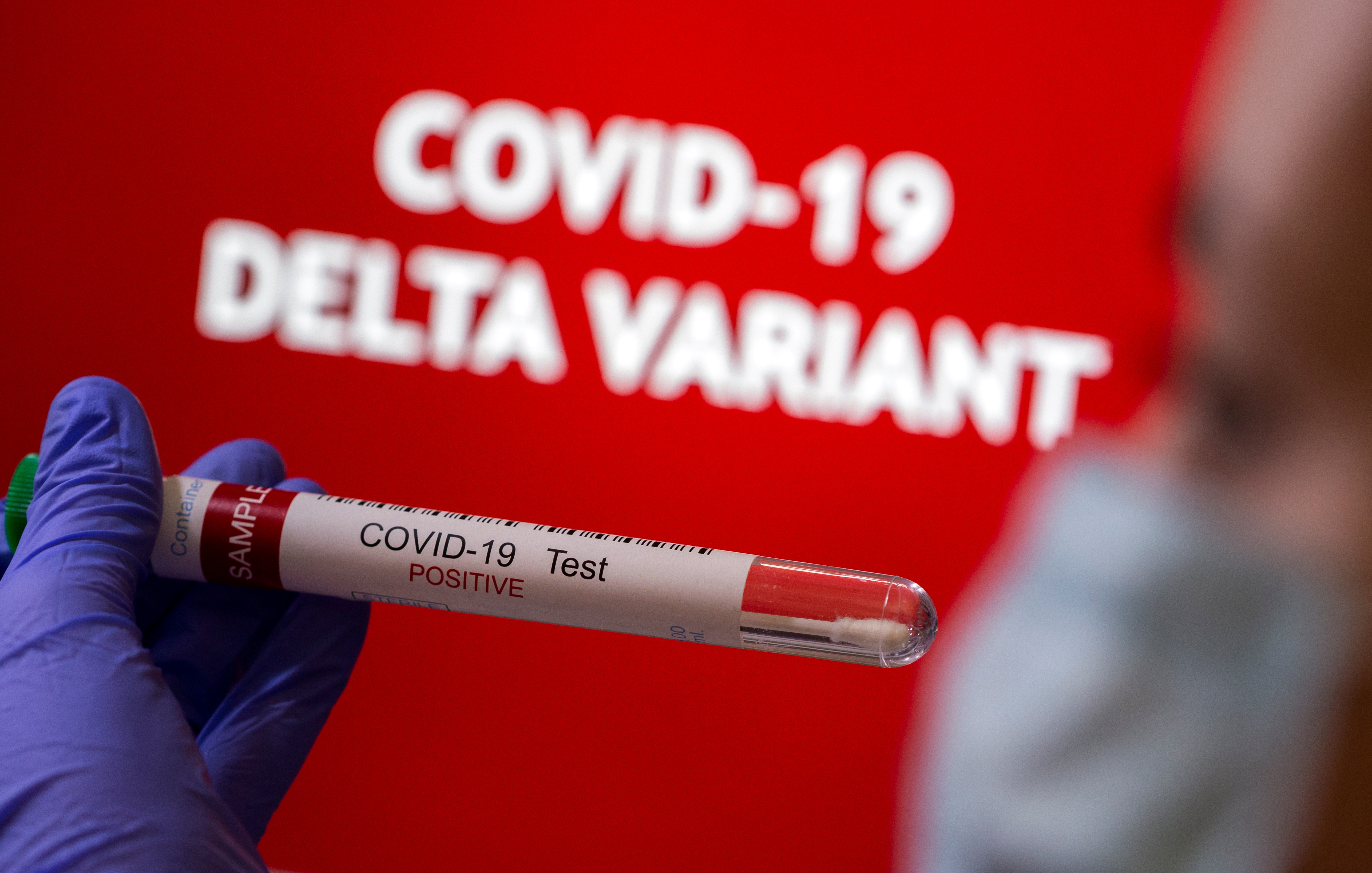 The mutation, called E484K, has been proven to be “immune escaping” in the past, meaning it can hide from the immune system.

Antibodies produced by the immune system in response to vaccines still work but are not as potent against this coronavirus mutation, studies have shown.

For example, jabs are known to be less effective against Beta, which carries E484K.

There have been 17 cases of Delta + E484K detected in England as of September 13, the most recent data available from Public Health England.

Two more have been seen in Scotland.

Globally, the strain has been reported 99 times, most often in the US, Denmark and Turkey.

PHE said in a report dated September 18 this change to Delta’s makeup is “potentially significant” when it comes to immunity.

Delta is already faster-spreading, becoming the most dominant variant in the UK over the spring of 2021.

It has some features which make vaccines less protective against infection, however two jabs still give at least 90 per cent protection against hospitalisation.

The addition of a new mutation has the potential to make vaccines even weaker – although still the best way to prevent Covid.

However, there is some glimmer of hope that the variant is not as dangerous as feared.

A research paper has detailed how a group of pensioners caught the Delta + E484K without any serious consequences.

The outbreak in Lombardy, Italy, started with a 41-year-old man who infected his 80-year-old mother.

She went on to spread the virus to two other elderly friends while playing cards.

All were fully vaccinated and did not need to go to hospital, despite their age.

Another 83-year-old woman in the same village, but unrelated to the outbreak, also tested positive for the variant and was admitted to hospital.

Although the report said “monitoring the appearance [of Delta + E484K] is urgent”, there are no signals at this point that the variant is posing a threat.

It was first detected in the UK in July 2021, but has not taken off.

Other versions of the coronavirus with E484K, including the Alpha (Kent) strain did not grow to dominate.

And another “Delta plus” variant – with the concerning immune escaping mutation K417N – seemed to fizzle out.

The coronavirus will continue to evolve all the time, and while some need monitoring, they won’t necessarily mean anything.

Ministers and scientists have warned the emergence of a strain that could escape the vaccines would be a "potential trigger" for reimposing restrictions in the future.

At a September Downing Street press briefing, Boris Johnson said the Government will do "whatever we can" to stop more mutations entering the country from abroad.

Chief medical officer Professor Chris Whitty added: "The worry would be one that can escape from the vaccination."

A PHE spokesperson said: “We constantly monitor all data relating to SARS-CoV-2 variants in the UK and abroad.

“Delta with E484K is not a Variant Under Investigation or a Variant of Concern at this time. When cases are identified, health protection teams are informed so that they can take actions appropriate to the epidemiological situation.”

Delta, mutatio, New, variant, With
You may also like: