The Department of Justice will not bring charges against the Capitol Police officer who shot and killed an Air Force veteran as she climbed through a doorway inside the U.S. Capitol on January 6. Ashli Babbitt was killed as rioters broke into the Capitol while lawmakers inside were confirming the Electoral College results certifying Joe Biden’s presidential victory.

An investigation found insufficient evidence to support a criminal prosecution, and determined that the officer could reasonably believe it was necessary to shoot Babbitt out of self defense or in defense of those evacuating the House Chamber. 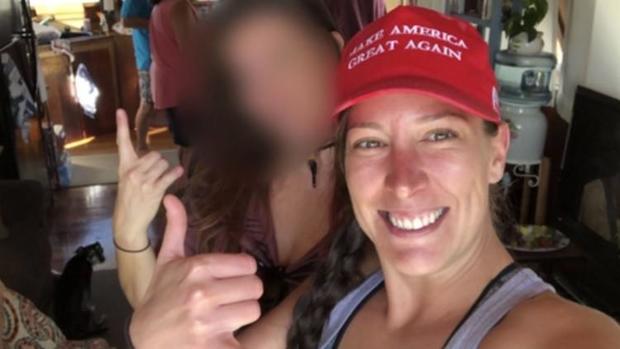 Babbitt, a 35-year-old from Ocean Beach California, was part of a mob that attempted to break through doors that led to the Speaker’s Lobby, an area near the Chamber of the U.S. House of Representatives, where Capitol Police had been evacuating members from the House Chamber.

Multiple videos posted to social media depicted the tense scene where Babbitt was shot, as a mob used flagpoles, helmets and their own hands to smash through doors, which Capitol Police had barricaded in an effort to block the crowd from reaching the evacuating House Members.

Babbitt can be seen on video climbing through the doorway when a shot rings out. The Justice Department said a Capitol Police officer fired one round from his service pistol, striking Babbitt in the left shoulder.

She was given aid by a Capitol Police emergency response team and was taken to the hospital, where she died of her injuries.

The U.S. Attorney’s Office for the District of Columbia’s Public Corruption and Civil Rights Section and the Civil Rights Division, along with the Metropolitan Police Department’s Internal Affairs Division, conducted the investigation by examining video footage, statements from the officer involved and other officers and witnesses, physical evidence from the scene of the shooting and autopsy results.

The officer who shot Babbitt was not identified.

“Acknowledging the tragic loss of life and offering condolences to Ms. Babbitt’s family, the U.S. Attorney’s Office and U.S. Department of Justice have therefore closed the investigation into this matter,” the Justice Department said.