Of all the exciting intertwined storylines on Power Book III: Raising Kanan, the relationship at its heart, between Raquel “Raq” Thomas (Patina Miller) and Kanan Stark (MeKai Curtis) takes fans on the most complicated personal ride.

Miller and Curtis spoke exclusively with ESSENCE ahead of the season 2 premiere of the hit STARZ crime drama, and talked about crafting a complicated yet authentic mother-son dynamic for their characters on screen. 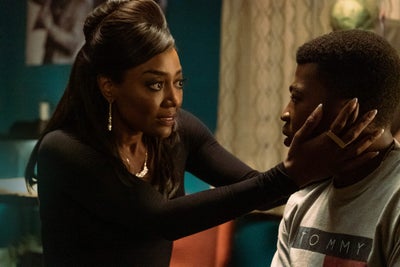 In season one, Raquel’s quest to maintain her position and keep an old secret buried deeply saw her place her son Kanan in an unthinkable position. Not only is it one he likely wasn’t mentally ready for, but one that could cause irrevocable damage if he discovers the truth of the circumstances behind it.

“There’s this balancing act happening on both sides,” Curtis said about the newly complicated relationship between the show’s mother and son duo. “For Kanan, he’s trying to hold up who he is, or who he thought he was in the world, and also trying to balance who he is in his family life.” Kanan struggles to understand why his mother put him in a position to commit such a heinous act, while struggling with his internal demons associated with the decision he has made.

“They’ve been a team from day one,” Curtis added. The rift between Raq and Kanan is new territory for each to navigate, and this season explores complexities developing for each as Kanan draws closer to manhood.

Miller’s portrayal of Raq has resonated with audiences since the show’s August 2021 premiere. However, Miller believes that even though she’s portrYING a ruthless queenpin with a drug empire to protect, her story rings true for millions of women because of the universal experience she’s having on screen: juggling work, family, her past, her present, and attempting to find love again. 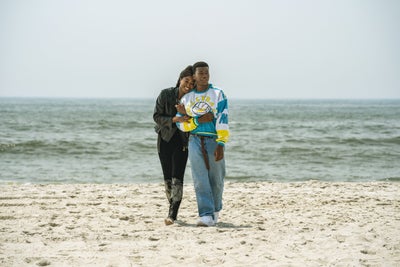 “Women do it every day. We handle these high-stakes jobs, we’re in these high-stakes situations, but we’re also trying to raise our children, our nieces and nephews,” Miller said. “The queen pin of it all is one thing, but she’s a businesswoman at the end of the day. That’s what makes it universal. You see this really strong woman, who also wants to be a good mom.”