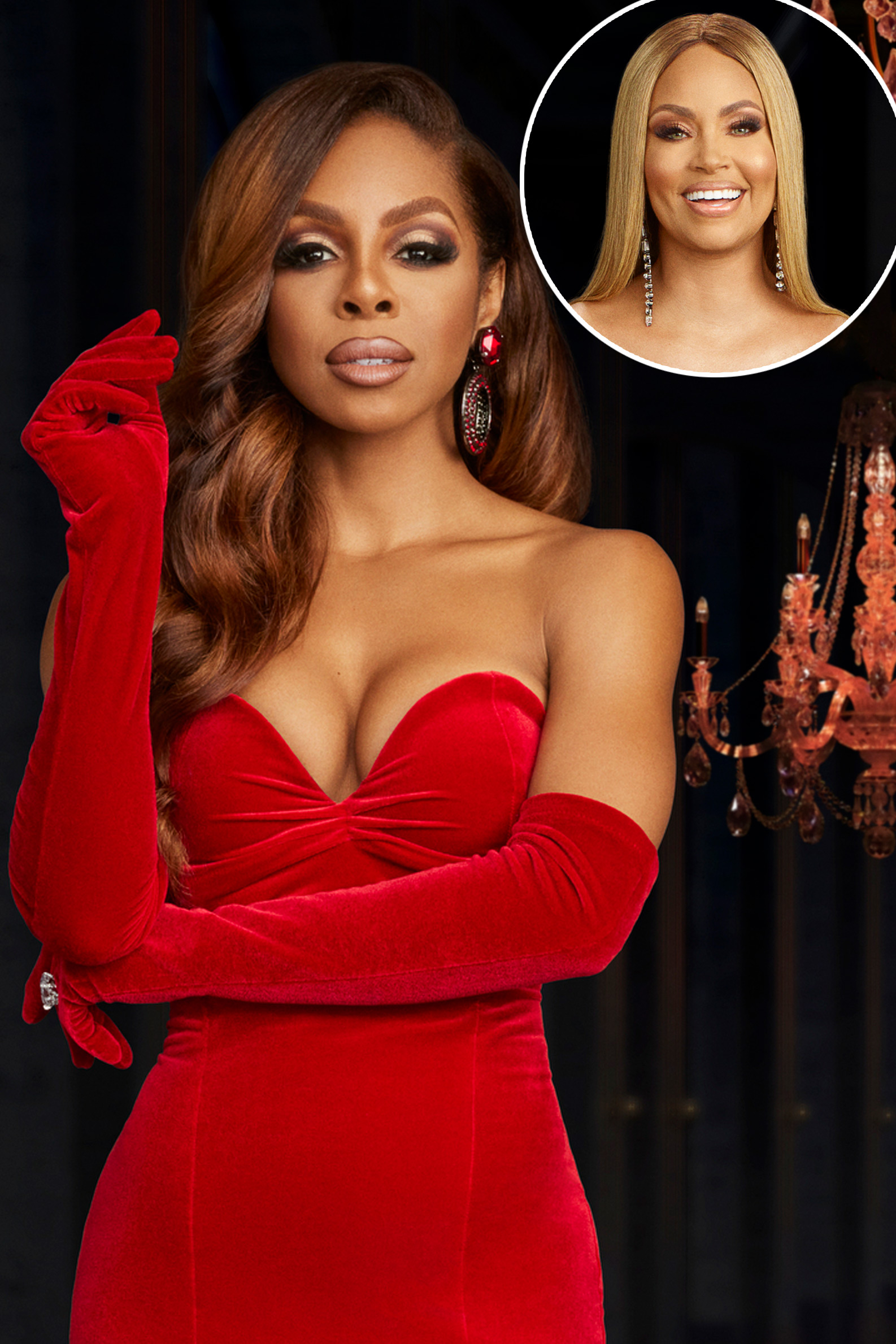 “Gizelle is very flirty with Chris and Chris flirts back with Gizelle and this happens in front of me,” the 35-year-old Bravo personality said during a Wednesday, October 5, appearance on Stitcher network’s “Reality With the King” podcast. “It has never given me pause or made me feel threatened in any kind of way because Chris does not want Gizelle’s 50-year-old p—.”

Candiace continued, “Why would he want that when he has this? … This is excess flirtatious energy coming from a woman who doesn’t have that at home. This is just something that she does. Gizelle has a history, and there is a reputation there, of her being fast.”

The Deep Space musician, who married Chris, 44, in 2018, conceded that Gizelle, 52, is “a beautiful woman,” but then doubled down on her original comments. “A shell is a shell, OK? And shells often have funky insides,” she said.

Things heated up between the two RHOP cast members while filming season 7 of the reality series, which premieres on Bravo on Sunday, October 9. In a teaser for the new season, Gizelle told Candiace that her husband Chris made her “uncomfortable” with his flirty behavior. Later in the clip, Candiace informed Chris that the Texas native is dead to her.

Gizelle, for her part, exclusively told Us Weekly on Monday, October 3, that she didn’t appreciate how her costars handled the situation.

“I was very honest and forthcoming about, like, how things made me feel. I just don’t like how it was handled from their perspective,” she said.

After the “Reasonably Shady” podcaster told Hollywood Life on Tuesday, October 4, that the season 7 drama made her “reevaluate the friendship” she had with Candiace, the “Win” singer fired back on Twitter.

“Let’s be honest. You are no one’s friend. You come collect a check and go home to those purple walls. The small part of me that DID want to believe weren’t total garbage woke up when you decided to get creative with my husband,” Candiace wrote alongside a screenshot of an excerpt from Gizelle’s interview.

When Gizelle was asked if her relationship with her costar is the worst it’s ever been, she told Hollywood Life, “100 percent. Yeah. With no turnaround.”

The reality TV personality added that Candiace didn’t show any gratitude when she expressed concerns about Chris. “She didn’t appreciate it or care one way or the other. So as a friend of mine, I’m like, ‘wait a minute, I was riding for you’. And she couldn’t care less,” she said.