The road safety pay rates tribunal scrapped by the Turnbull government could be revived in some form after Uber, major supermarkets and transport giants backed a union push for an independent body to set enforceable standards across the industry.

The joint call from 18 transport organisations sets the stage for the government to use this week’s jobs summit to start debate on revamping working conditions for truck drivers as it has announced it plans to do for gig economy couriers. 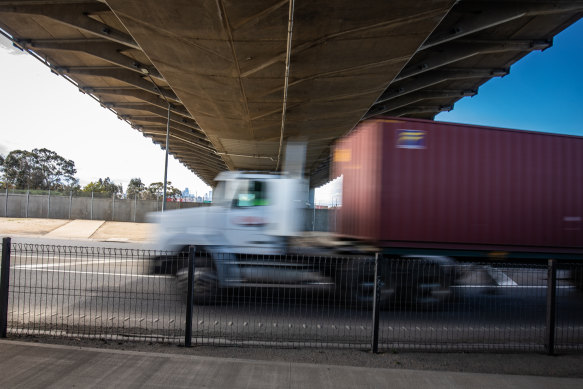 “This is a powerful blueprint for reform backed by every section of the industry,” said Transport Workers Union national secretary Michael Kaine, although it does not include key details such as an explicit mention of pay rates.

“An industry coalition calling in unity for our system to be modernised in line with the reality of today’s transport industry is the strongest endorsement the federal government can receive to act quickly and with the backing of industry to get life-saving reform off the ground.”

A spokesman for Burke declined to comment on Monday night.

The Gillard government established the original Road Safety Remuneration Tribunal in 2012 to set pay for truckers, many of whom own their trucks and drive as contractors, after a union campaign arguing poor rates were leading to time pressure and deaths. Transport is the country's deadliest industry.

But it was abolished by the Turnbull government in 2016 after two reviews calls for its removal and the then-prime minister argued its pay orders would put solo truckers out of business.

In a joint statement of broad principles on Monday, the roundtable participants said the law had not kept up with changes in the industry such as the rise of the gig economy. The government should act to make the industry sustainable and fair, the statement said.

Principles agreed by the industry

It should “investigate a range of options to achieve this outcome, which may include adequately resourcing an independent body” to establish standards for the industry, resolve disputes and stop breaches of the rules.

The boss of the national industrial organisation for trucking firms, Peter Anderson, said the roundtable had produced a clear outcome.

“Transport clients, employers, workers and even gig companies are all calling for the security of enforceable industry standards,” said Anderson, of the Australian Road Transport Industrial Organisation.

“Although this group may not always see eye to eye, our unity today shows how critical it is for the federal government to act.”