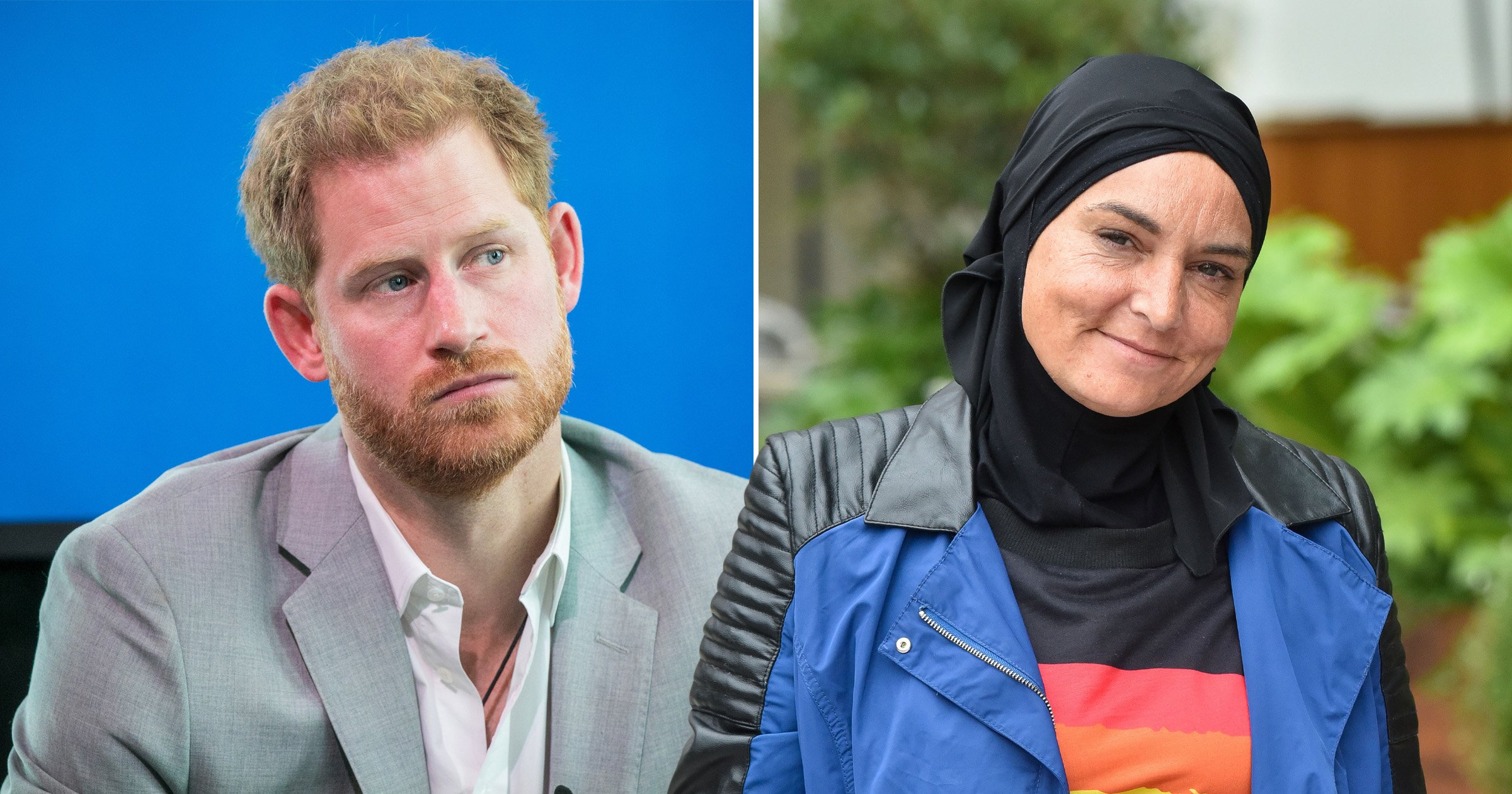 Sinéad O’Connor has written an open letter to Prince Harry, saying his late mother Princess Diana would be proud of him.

The 54-year-old singer was ‘bowled over’ by Harry’s recent Apple TV documentary on mental health, The Me You Can’t See, and credited him with ‘stomping on stigma as ‘so many of us see the work you’re doing for people who experience mental health struggles’.

She said: ‘You’re slammin’ it, to use a musical term. You just keep shining on through.’

Sinéad has been open about her own struggles with mental illness, having dealt with bipolar disorder, depression and post-traumatic stress disorder.

Writing in Ireland’s Sunday Independent newspaper, Sinéad said that she identified with the royal as she lost her own mother in a car crash when she was 18 years old.

Princess Diana was killed in a crash in 1997 when the young royal was 12 years old.

Sinéad wrote: ‘I do know something of the grief you’ve been brave enough to share in the public arena. It’s a shock that takes years to come out of, when someone dies so violently and suddenly. It’s a lifetime’s recovery.

‘I really identified with you when you shared the rage and anger you felt at the time of your mother’s passing. I was the same. I’m sure we all were, any of us who ever lost someone in that sudden way.

‘Transcending that grief as you’ve done by sharing it, cuts through a lot of garbage. And a lot of us appreciate what you’re doing.’

The Nothing Compares 2U singer added that those who claim to be honouring Diana would not be ‘dishonouring’ her son by criticising him in the press.

Harry, 36, has come under a lot of scrutiny since stepping down as a senior royal and moving to Los Angeles with his wife Meghan, Duchess of Sussex, and their son Archie.

After recalling Diana ‘shining like a real, live, actual angel’ when she met her at a party thrown by Imran Khan, Sinéad also said that she was not impressed by the recent unveiling of the statue of Diana at Kensington Palace, saying it did not capture her beauty or spirit.

The singer is writing a weekly column for the Sunday Independent, after retiring from music.

Sinéad announced she would be leaving social media too, tweeting: ‘On Sunday I begin my new life as a writer, having been in two minds about retiring from the music business.’

Her final album, No Veteran Dies Alone, will be released in April 2022, and she will not promote it.

Mental health, prince harry, S
You may also like: