Lucrezia Borgia, the famously dramatic opera with the even more dramatic body count, opens in Melbourne next Sunday. It follows the – mostly – apocryphal story of a 15th century Roman noblewoman who accidentally poisons her son, along with five other young men she is seeking to punish. In the title role is Melbourne-raised Helena Dix – one of the world’s leading coloratura sopranos, whom many critics are comparing with Joan Sutherland.

Like many Australian singers before her, Dix left for Europe in her early 20s to establish her career, and has now broken through with performances at the Met and a phone constantly ringing with offers. 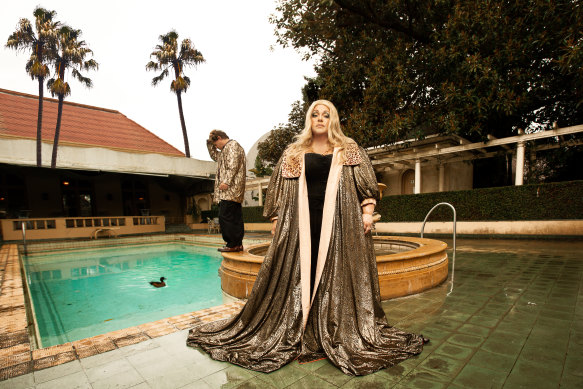 Is the company doing it because they have Helena Dix? “Yes, and James Egglestone, Dimity Shepherd and Chris Hillier – we’ve got a really first class cast. Helena is really extraordinary. In this repertoire she has to be one of the best in the world, and a very good actress.”

The highly adapted bel canto opera was massively popular in 19th century Europe, but fell into relative obscurity in the 20th. Hocking is not sure why it fell out of favour. Bel canto (beautiful singing) is a style of opera that reached its peak in the early 19th century. 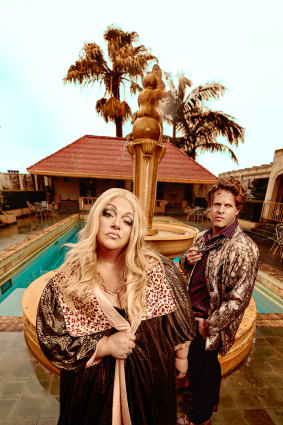 “A lot of the less well-known Rossini and Donizetti repertoire is coming back now. The problem with Lucrezia is the final aria for soprano is technically incredibly demanding, and if you haven’t got someone who can absolutely nail that aria where she is grieving over her son’s body, you haven’t got a show. Sutherland [whom Hocking saw when he was a young Australian Opera employee in the 1970s] was absolutely magnificent in that scena and Helena will be the same.”

Dix believes this repertoire is returning despite musical fashions because once again, in the footsteps of her heroines Joan Sutherland and Montserrat Caballe, there are singers who can do it. Part of bel canto’s problem, she says, is that music drives the drama, but modern trends give the director more say. “It’s no longer standing and singing, or just about the joy of the voice –audiences demand more, directors demand more.

“There’s not many around the world, but you’ve got a handful of singers who have the vocal ability and understanding but are still able to bring the drama enough for directors to put it on.”

Dix certainly has both: reviewing her Queen Elizabeth in Donizetti’s Roberto Devereux for Melbourne Opera in 2017, I gave her “eight stars out of five”, noting especially her acting “vocally and physically, by turns a termagant, fragile, nervous, regal, vulnerable”.

Regarding Lucrezia’s final aria, Era desso, Dix says it’s not just being able to sing the aria, “it’s the whole journey of the opera and what you’ve got left at the end, being able to pace it vocally and emotionally. If you give too much too soon you’re in trouble.” For that reason, she says, she always pushes herself too far in rehearsal so she knows what that feels like.

Dix, who writes all her own ornamentation, says bel canto takes a particular courage. “You have to have a distinct understanding of the style, a mastery of your voice and the technique, and a bravery in using it. When you look at the orchestral writing there’s nothing much underneath, ever. The orchestra is a skeleton beneath you for you to create anything.”

Dix has emerged from the pandemic, which she called a terrifying time for all artists, with her career firmly established. “It’s the right time for me vocally, and it’s a lovely stage to be at because people start asking for you more readily. I guess there’s reputation now, and you have to do the time before you get to this spot.”

She is honoured, of course, to be compared with Sutherland but says a modern career path is very different. What is the same is the particular challenge of being Australian abroad. “When I look at other Australians who sing around the world, when you sacrifice your entire life and move overseas to do this job, it is exactly that, it’s a sacrifice and a discipline. You’re not just going an hour on the plane. And that’s why I think the Australians who manage to keep a career despite it being a really turbulent time, they have to have the fire in the belly.”

So while Hocking confesses that Melbourne Opera, theoretically the city’s third-tier company, is lucky that Dix keeps returning, Dix says she is thrilled to sing in Melbourne.

“I love the company, that’s hand on heart, and they know I love coming home,” says Dix, who grew up in Wheeler’s Hill.

“I feel really proud to stand on the Melbourne stage with all the knowledge and experience I have. There’s so many people who have been with me from the beginning and it’s lovely for me to stand up and say ‘you believed in me when I was 17, and here I am and I’ve done it.’”

Lucrezia Borgia opens at the Athenaeum Theatre on August 28.