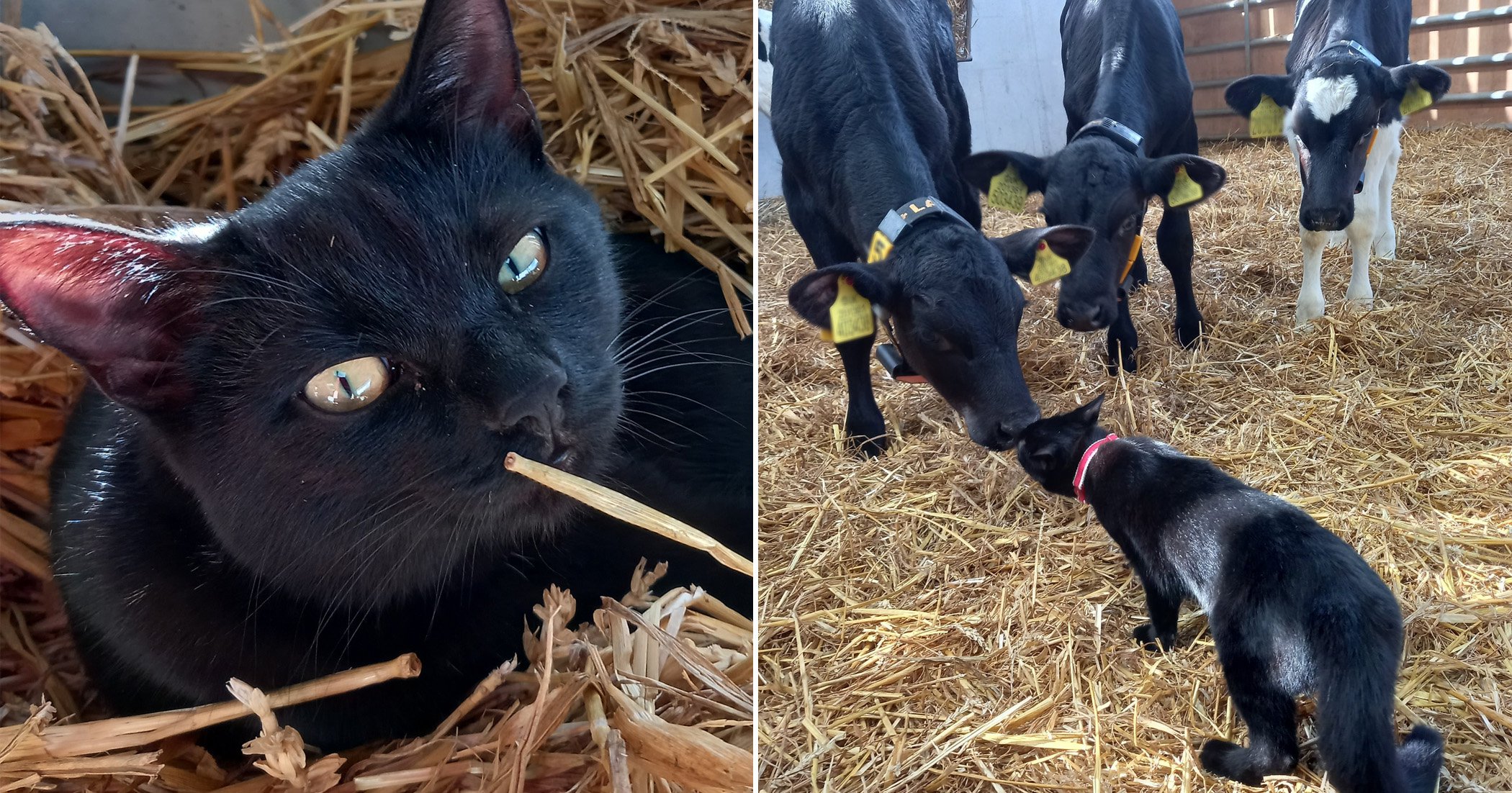 Daisy the cat isn’t fond of humans, having been left in a shelter twice before she was seven months old.

Daisy was taken to the RSPCA as a kitten but found herself back there just four weeks later.

No only does she not like humans very much, but she also didn’t get along with the other cats in either house, so both sets of owners found having her too difficult.

Thankfully, dairy farmer Ruth Grice decided to take her in.

Since then, Daisy has been adopted by Ruth’s heifers and even sleeps in the hay with them.

Ruth said: ‘She found a warm spot in the calf shed, and now she’s quite happy.

‘She’s settled in so well. We are so glad we adopted her.’

Ruth, who runs her farm in Melton Mowbray, Leicestershire, said they knew what they were getting into with Daisy, not expecting her to want much contact with humans.

She said Daisy’s first meeting with the calves was very sweet as they sniffed and greeted each other – now they’re best buds.

Daisy’s antisocial tendencies could have made her a pretty tricky customer for finding a new home if it weren’t for Ruth.

‘Such cats come from a variety of backgrounds.

‘They may have been poorly socialised when they were very young kittens and may not have had the right kind of interactions with people.

‘They may see people as a threat and find their behaviour unpredictable, unsettling and unwelcome.

‘Many “inbetweeners” can do well living a free-roaming lifestyle where they have food and shelter and a person who looks out for them, caring for them from a distance.

‘There are many appropriate environments where this can be the case. Stables, farms and spacious gardens are often ideal. And that’s exactly what Daisy needed.’