And they’re off! Watch as escaped horses race down residential road as their desperate owner chases behind

A homeowner has captured the hilarious footage of six horses roaming freely down a street as their owner desperately tries to chase after them.

The very cheeky horses can be seen pleasantly trotting along a residential road in Waltham Cross, Hertfordshire, without a care in the world.

All the while, their owner is struggling to keep pace behind after the horses escaped from a nearby farm. 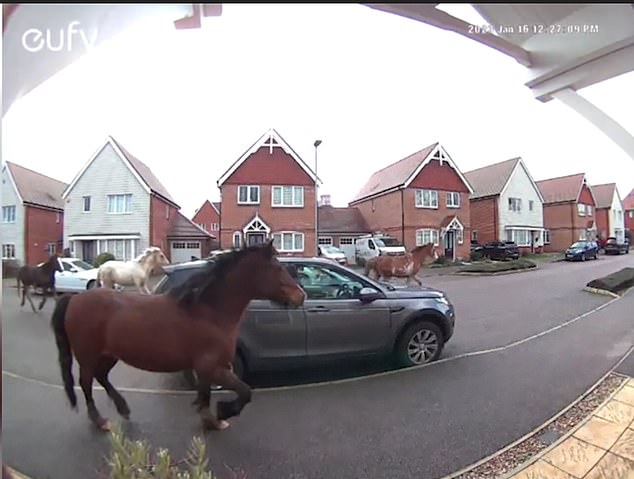 Quiet! You’ll disturb the neigh-bours: The cheeky horses are caught dodging cars along a quiet residential road in Waltham Cross 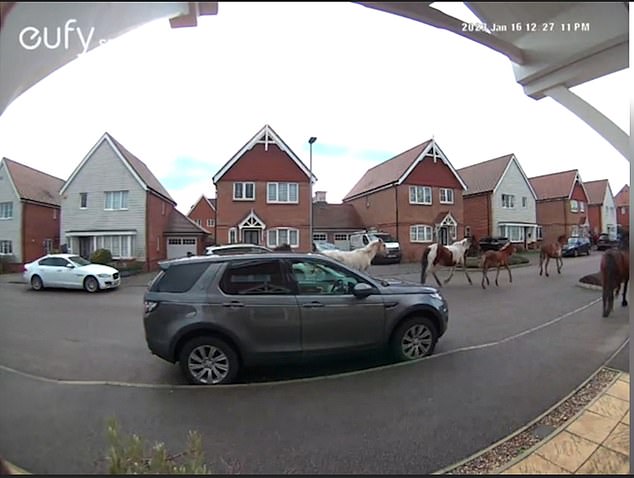 It was the spur of the moment! These horses have a lot of explaining to do after running away from their owner

The homeowner who provided the video was shocked to find the footage on their Ring doorbell.

They said: ‘I was at home making lunch and could have sworn I heard horses, but it was so faint I almost ignored it until I got an alert from my video doorbell telling me it had spotted a person.

‘When I checked I saw the footage it had captured! It looks like horses from the local farm had escaped with their owner having to chase them down the road to retrieve them. 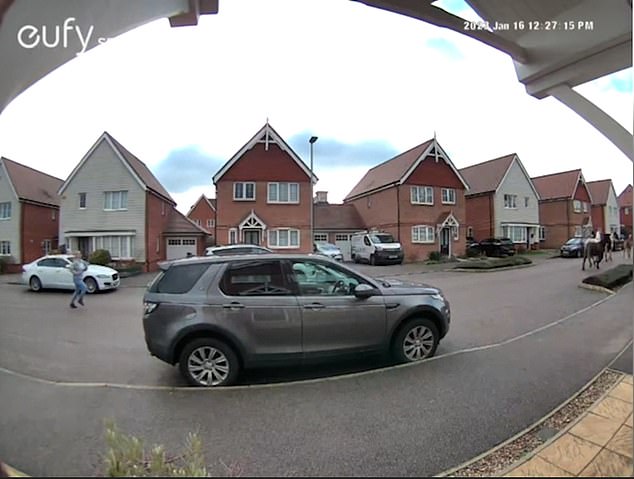 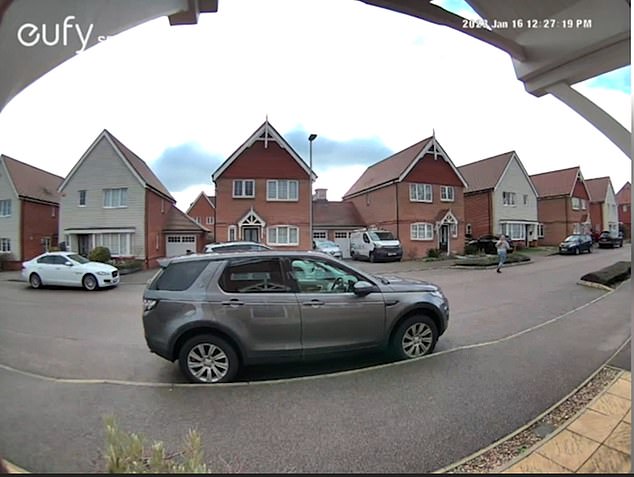 ‘She was successful on catching up with the horses and managed to get them all back to the farm. You could see the horses very grumpily trotting back down the road after their owner caught them.’

The homeowner also added that this is ‘pretty much the craziest thing that has happened on a cul-de-sac road like ours’.

They said: ‘We’re still watching it back pretty much on loop and have been since it happened, doesn’t get any less funny.’