Follow
Home » Lifestyle » What Is The Real Meaning Behind Princess Dianas Statue?

What Is The Real Meaning Behind Princess Dianas Statue? 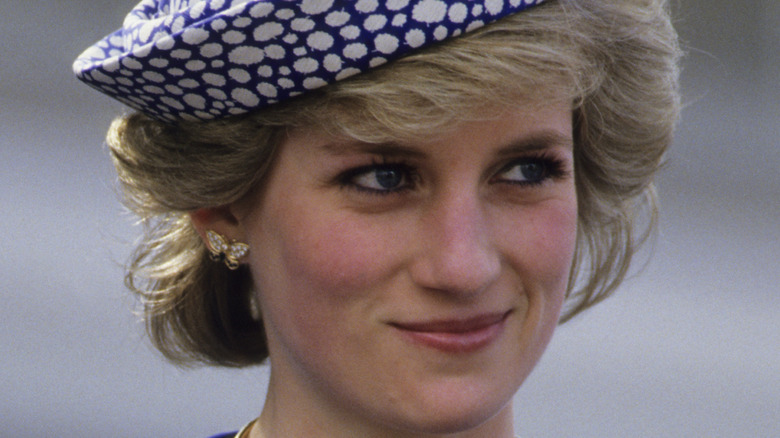 It’s no secret that Prince William and Prince Harry have been on the outs as of late, following Prince Harry and his wife Meghan Markle’s split from the Royal family (via People). “We’re entering new territory and it’s a big challenge to the royal family,” says Robert Lacey, British historian and author of the book “Battle of Brothers: William and Harry — The Inside Story of a Family in Tumult” (via USA Today).

However, no matter what happens, Prince Harry and Prince William are still brothers — and despite everything that might separate them these days — there is one thing above all that unites them, the tragic loss of their mother, Princess Diana.

On Thursday, the two brothers gathered together again to unveil a statue in their mother’s honor, initially announced in February 2017, per ITV. The statue will have its home in the Sunken Garden at Kensington Palace, chosen because Kensington was where Diana lived during her final years; the garden one of her favorite places on its grounds. The Sunken Garden is also where Prince Harry and Meghan revealed to the world in November 2017 that they were engaged, per Express.

'A force for good around the world' 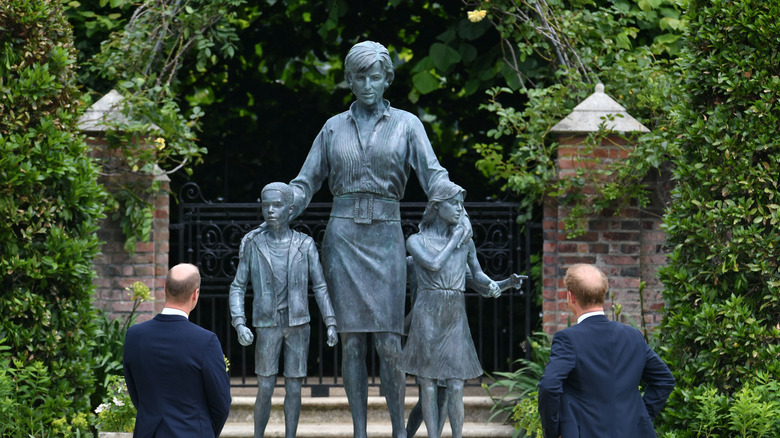 The statue, seen today for the first time, shows Princess Diana with three children, her hands around two of their shoulders, as an homage to Diana’s work with kids all around the world (via People).

“Today, on what would have been our Mother’s 60th birthday, we remember her love, strength and character — qualities that made her a force for good around the world, changing countless lives for the better,” Prince Harry and Prince Williams said in a statement. “Every day, we wish she were still with us, and our hope is that this statue will be seen forever as a symbol of her life and her legacy.”

The two princes selected sculptor Ian Rank Broadley to craft the statue. He previously designed the statue of Queen Elizabeth II that sits in the Supreme Court, as well as the likeness of her that appears on the U.K. coin (via ITV).

In attendance for the unveiling ceremony was Broadley, as well as Sunken Garden designer Pip Morrison and members of Diana’s family.

This marks the first time the two brothers have reunited since the death of their grandfather, Prince Philip in May. Whether or not this reunion — in honor of their late beloved mother — will help set the brothers on the road to reconciliation remains to be seen.

Behin, is, meaning, Real, the, what
You may also like: