Woman 'addicted' to Eeyore has a collection of 127 cuddly donkeys 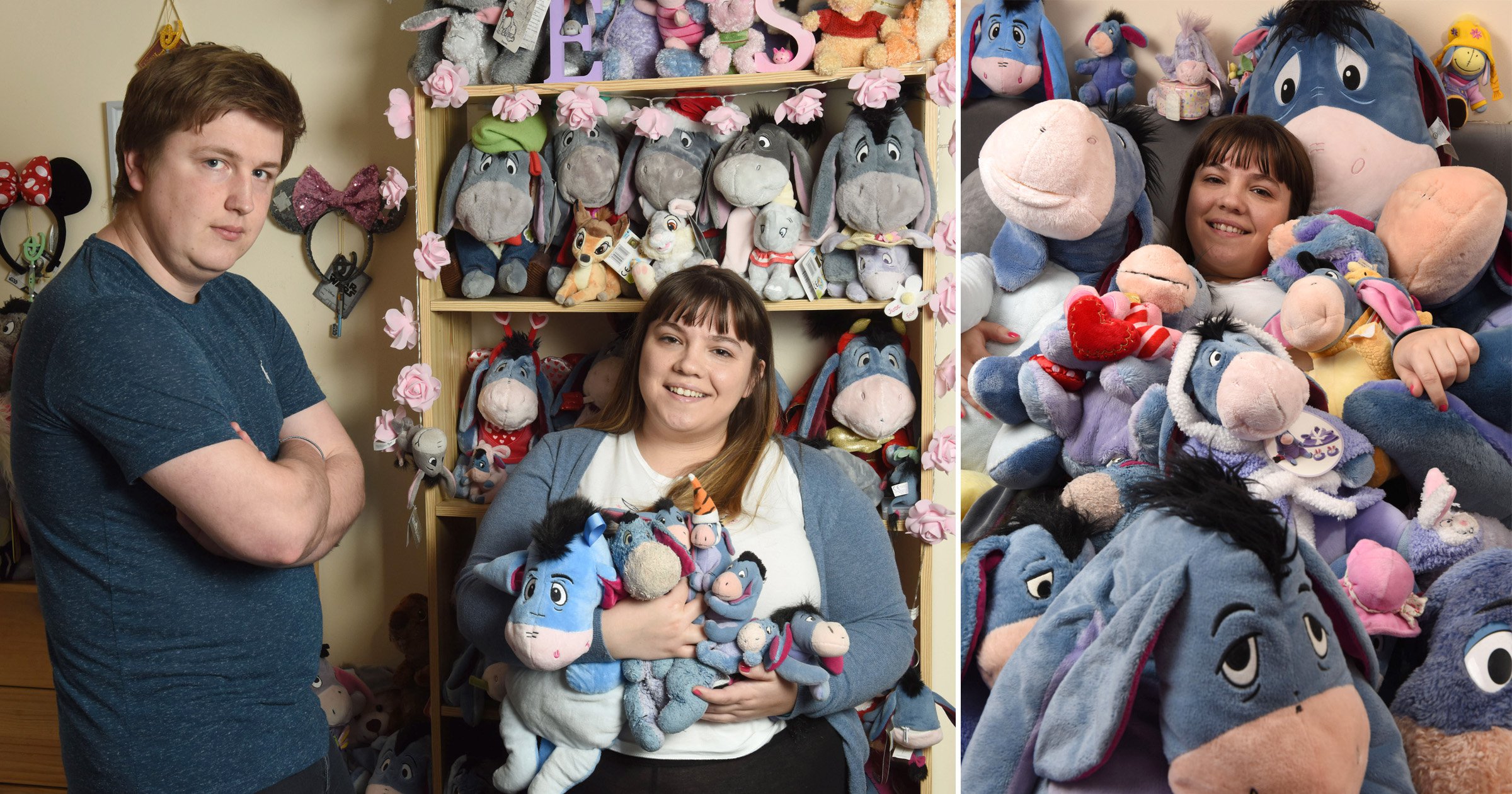 You know, the gloomy donkey from the Winnie The Pooh. That Eeyore.

Skye loves the character so much that she began collecting cuddly toy versions of him at the age of six – and hasn’t stopped since.

But it poses a bit of an issue for her boyfriend, Matt, who struggles to fit in the bed with all those cuddly donkeys.

Matt, 27, from Basingstoke, Hampshire, said: ‘When we first started going out before I had been round to her parents’ house, Skye never mentioned anything about her collection so it was a bit of a surprise when I first saw them.

‘They were placed neatly on a unit at the end of her bed and my feet would stick out, which occasionally caused some of them fall onto the floor and I would get a little tap for me to stop touching them with my feet.

‘I now have to spend every night surrounded by the toys because Skye refuses to kick them out of the bed!

‘My feelings towards Eeyore have grown over the years; before I didn’t use to think much of him but now I would say I like him as I see the joy that he brings Skye.

‘We are in agreement that the house is set up 50/50 so we would go in between football and her Eeyore and other Disney Merch.’

The couple have been together for eight years but Skye’s Eeyore obsession began when she was just a child.

She absolutely adores her collection, and has no plans to sell it off – even if the bed does get a bit crowded.

Skye explained: ‘I remember going to the shops when I was just little and they had a big Disney store so I begged my dad to let me get something.

‘He said yes so I picked up an Eeyore plush and that’s when it all started; I kept getting more and more.

‘I still have the very first beanie Eeyore plush that I picked up; he’s been very loved over the years.

‘I always say that Eeyore is my spirit animal because I share many of his personal traits.

‘My parents feed the obsession because they started getting me anything Eeyore that they saw but my boyfriend says I have a bad addiction.

‘But he still buys me Eeyore merch and I think I’m really lucky that he allows me to have all the merch all over the house; our bedroom is decked out in it.

‘I will never sell my collection – I couldn’t part with it because it means so much to me.’