Zach and Tori Roloff’s 5-year-old son, Jackson, is just starting to realize he has dwarfism — but his parents are there to provide him with plenty of guidance (and jokes) along the way.

Tori and Zach Roloff’s Sweetest Moments With Their 3 Kids: Pics

“I was watching dwarf soccer — a bunch of dwarfs play in a game on YouTube — and [Jackson] goes, ‘Why are those players so short?” Zach, 32 — who also has dwarfism — recalls exclusively to Us Weekly. “And he was looking at some fans with the coaching staff. He’s like, ‘Those players are tall, you know?’ And I was like, well, those players have dwarfism. They’re like you and I.’” 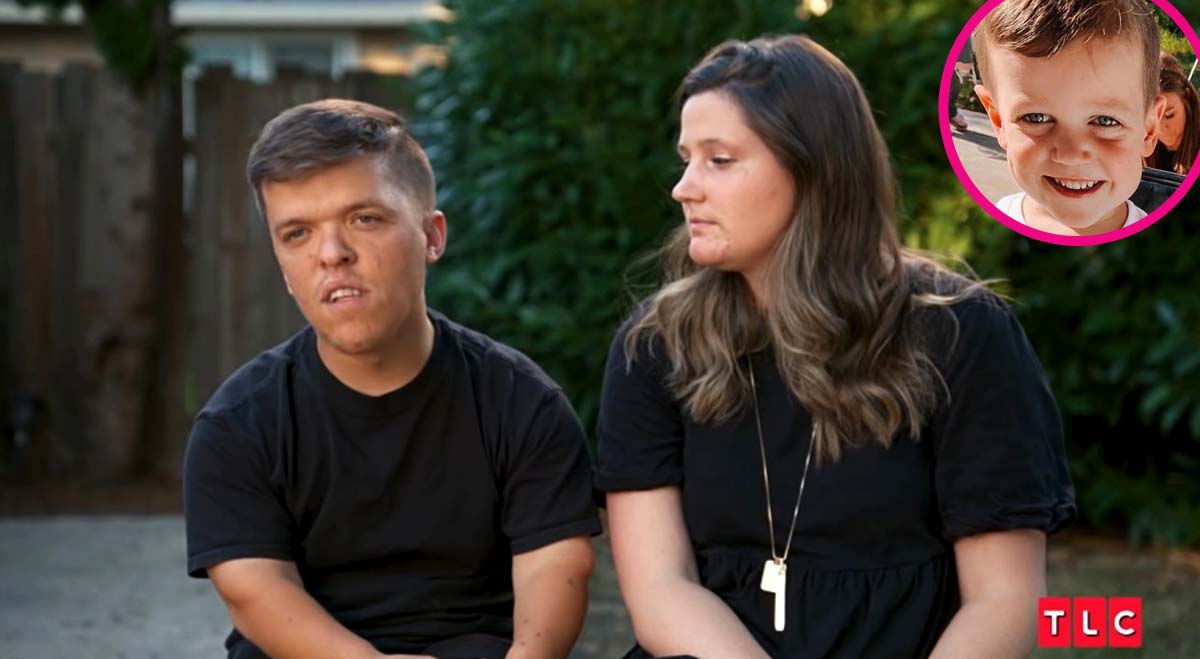 The TLC personality and all three of his children (in addition to Jackson, he and Tori, 31, are the proud parents of daughter Lilah, 2, and 3-week-old son Josiah) have achondroplasia, a specific type of short-limb dwarfism. (Zach’s parents, Amy and Matt Roloff, also have achondroplasia, though his three siblings, including twin Jeremy, do not. Tori is also average size.)

“He’s just now starting to connect with it,” Tori tells Us of their oldest child’s relationship to his dwarfism. Zach adds that sometimes Jackson doesn’t realize it.

“Sometimes he’ll say, like, ‘When I grow up, I’m gonna be tall. Like mama, not you dad,’” the Pennsylvania native says, joking, “And I’m like, ‘Uh … you’re in for a rude awakening.”

The Roloffs: A Comprehensive Guide to the Famous Family

In November 2021, Jackson underwent surgery to correct the bowing in his legs, and the reality TV stars couldn’t help but praise their son’s progress.

“He is doing great. Everything’s great,” Zach shares with Us, explaining that screws were put into Jackson’s legs “so as he grows, the legs will straighten.”

He adds that it will take about “four or five years” to see the change, noting that people often wonder why Jackson’s legs still look bowed. “It’s not an overnight fix if you will,” he explains.

Meanwhile, Jackson is getting used to being a big sibling for the second time around after little brother Josiah was born on April 30.

The kids “always want to help” their parents with the infant, Tori gushes to Us. “Jackson comes in, he doesn’t even say, ‘Good morning, Mom’ anymore. It’s like, ‘How’s Josiah doing?’ He’s very concerned about what he’s doing. It’s really sweet.”

When he and Lilah aren’t busy “touching, kissing and poking” their baby brother, Jackson is all about outdoor activities.

“He just wants to get out, go outside, go play with Dad,” Tori says.