Zoë Kravitz and Channing Tatum are now sharing a stylist

Zoë Kravitz is pouring her heart out into her music.

The “Big Little Lies” star has been working with Jack Antonoff on an album “for a couple of years, on and off” and told AnOther magazine that it will dive into her personal life, specifically her divorce from Karl Glusman.

“I wrote it over a long stretch of time, subconsciously just capturing this range of emotions, which has been interesting to look back on and see what I was writing about them, then and now and in between,” she explained to the magazine.

“It’s personal. It’s about love and loss. I got married. I got divorced. Separations, break-ups are sad but are beautiful things too,” she continued. “It’s about the bittersweetness, that beginning and that end. It’s so complex, that space, when you’re in between heartbroken and mourning the loss of something and excited for what’s ahead of you.”

The “High Fidelity” actress, 32, filed for divorce in December 2020 after fewer than two years of marriage. The former pair began dating in 2016 and married at her father Lenny Kravitz’s home in Paris 2019.

Zoë and the “Love” actor, 33, finalized their divorce in August 2021 as rumors of a romance between Zoë and Channing Tatum began to swirl. 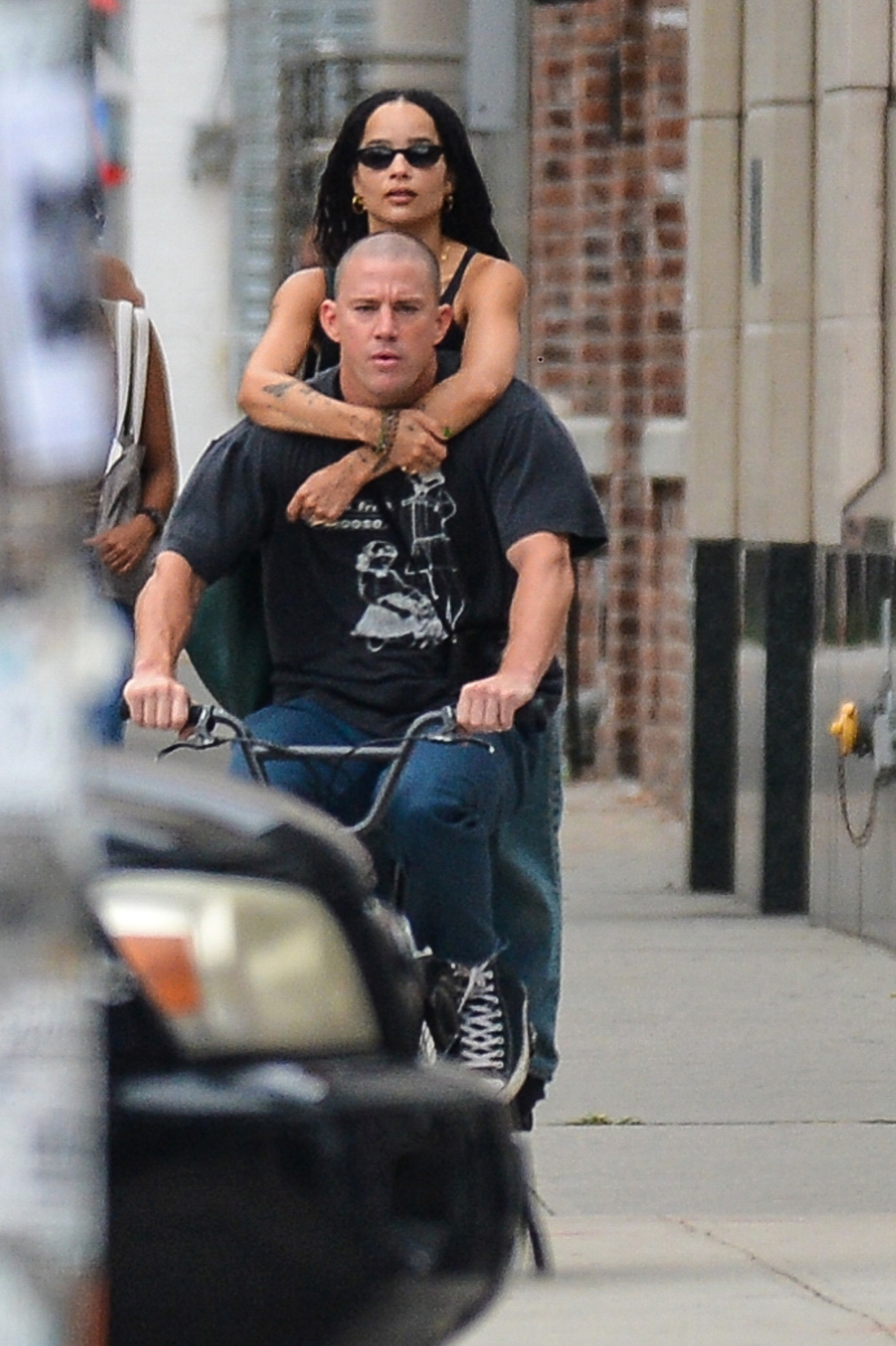 Page Six spotted her and the “Magic Mike” hunk at a supermarket together in upstate New York just days after they were seen riding a bike together in New York City, with Zoë wrapping her arms around Tatum for photographers to see.

The rumored couple also fueled speculation by sharing a stylist at the 2021 Met Gala — though they didn’t walk the carpet together but reportedly couldn’t keep their hands off of each other inside the museum and at the afterparty.