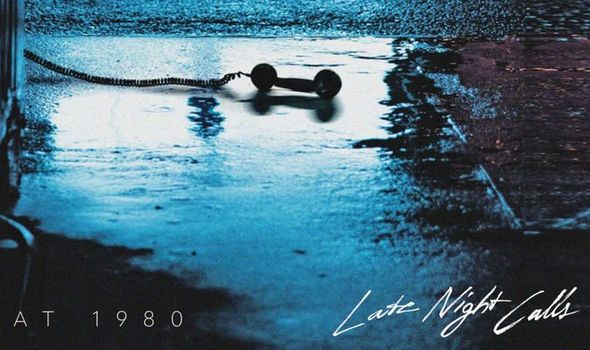 At 1980, as a band, are relatively new in the synthwave scene – but their members are far from it. The duo is made up of noted music producer Adrian Quesada Michelena and his cohort, Josh Dally; the Brit synonymous with synthwave who has featured alongside timeless acts including Timecop1983 and FM-84. Together the duo follows up their 2020 album, A Thousand Lives, with Late Night Calls, an emotionally charged display of creativity and passion.

It’s almost hard to think of Late Night Calls as solely an album of the synthwave genre.

Throughout each of the tracks echoes of the singer-songwriter/indie band roots can be felt in almost every song.

Most of them are backed up with guitars and drums, elevating the sound to heights other artists in the genre haven’t even dared to reach.

This is never more evident in the blockbuster openers Maria and California Nights.

The former calls for a reunion with a lost love in a stunning chorus that deserves to be played in the dead of night alongside a teenage crush.

California Nights has one of the most sublime choruses around. On top of being evocative and catchy, every part of it has a subtle outrun nostalgia – as is required of every synthwave act – but with an entirely new feel.

That isn’t to say that the tropes of the genre are entirely absent – Late Night Calls has it all.

We Were On Fire is a tearjerker of a track that nestles within the party hits of Late Night Calls.

Dally’s utterly astounding vocals break through towards the end of the song before a saxophone solo launches the song into legendary status. Truly a track for the ages, and one that ought not to be slept on.

Wholly, Late Night Calls is brilliant because it takes the time to explore different pieces of Dally and Michelena’s artistry.

Tracks like In Your Eyes show off a really inspiring set of songwriting expertise.

Still On Your Side is a straight-up ballad with a simple piano backing and more care in it than some entire synthwave albums. Dally’s voice is impeccable. Michelena’s production is flawless. It really has to be heard to be believed.

These instances of due care and attention aren’t contained to just the ballads and anthems of the album. Michelena is given the opportunity to flex his production muscles on songs like You & I (Interlude) and Somewhere.

During You & I (Interlude) the band prove they are just as good as any other synthwave artist around.

The producer’s power is fully realised in Somewhere, though. The instrumental track feels like it has been ripped straight out of a movie soundtrack, and is one of the strongest pieces on the record.

It’s moody and relentless. Subtle yet powerful. Somewhere sends listeners on a journey they will be hitting repeat on.

As if that wasn’t enough, End of the Line closes things out with another beautiful instrumental piece full of call-dials and synth trills, bridging the gap between the album and the genre’s almost necessary Outrun/DRIVE connections.

At 1980’s Late Night Calls is, to me, a masterpiece. It perfectly blends the greatest aspects of synthwave and indie rock together into a beautiful record that does not quit. Josh Dally has been in the genre for a long time, but his vocals have never been given such a spotlight – for the better. Hits like Caroline and Hotel Crowne prove he has what it takes to perform, but his voice’s idiosyncrasies in Still On Your Side and In Your Eyes show he has a real talent. Meanwhile Adrian Quesada Michelena blows a lot of other producers out of the water. His unique sense of style makes his solo tracks and the rest of the album really feel unique, in a scene bogged down by mimicry. Late Night Calls is one of the greats.