During the 2020 celebrations of what would have been John’s 80th birthday, his son Sean sat down with McCartney and stunned everyone with his insights. Sean said: “I always got the impression that dad felt, and it may be expressed in different ways over the years, that somehow he wasn’t officially a true musician or something and that everyone else was. I mean, was there that kind of feeling that he thought, you know, ‘I’m not a real musician’?”

In another Radio 2 chat between Sean and his half-brother Julian, as well as Paul McCartney and Elton John, the former Beatle opened up about those earliest days.

Paul said: “I think what was important wasn’t who was more sophisticated than the other or whatever.

“There maybe is some truth that, musically, I had an edge because my dad had shown us some things. And I’d learned the guitar chords a bit before John, but it wasn’t so much that, the sophistication, it was attitudes.

“So my attitude would be, ‘This is what I want to do.’ And then John would bring another edge to it. So the great thing was the combination of those two attitudes, and I look back on it now like a fan.” 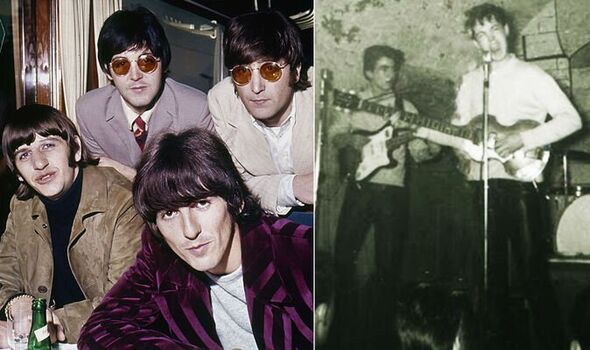 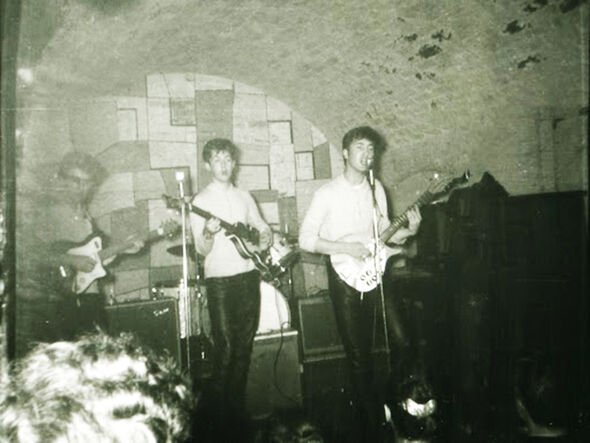 Paul had also said: “I don’t think any of us were [musicians], tell you the truth. And I think that was a very good, strong thing about us actually, funnily enough.

“We all had to learn together. The nearest to John feeling like he wasn’t a true musician could have been that in the skiffle craze, when everyone else is playing guitar chords, he only knew a couple of banjo chords, but that only lasted a week or two. And I would just show him chords I knew which were very basic, but it was great bonding just learning chords off each other.” 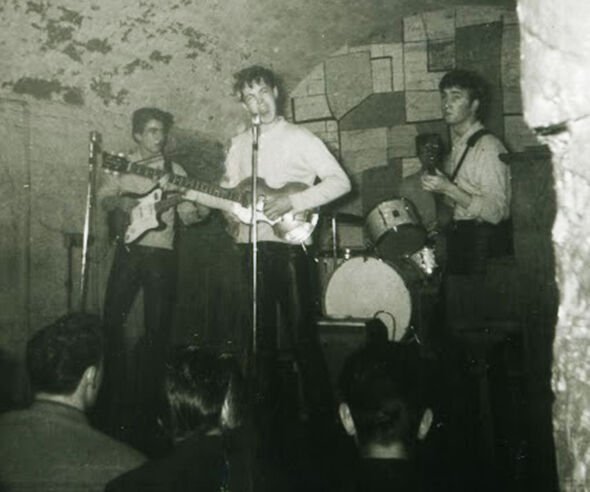 The two new pictures unearthed show the earliest incarnation of the Beatles playing at the Cavern Club in July 1961. Original drummer Pete Best, would be replaced the following year by Ringo Starr.

They were all aged between 18 and 20 and looked so thin because they had just returned from a gruelling club engagement in Hamburg where they played multiple shows in a day and logged over 500 hours on stage across just 90 days.

Beatles historian and biographer Mark Lewisohn, who has written a number of books about the band, said: “Three months from here, John and Paul went to Paris and returned with what became known as ‘The Beatle haircut’.

“Days later, Brian Epstein saw The Beatles in the Cavern, offered to become their manager and set them on a course that changed our world.” 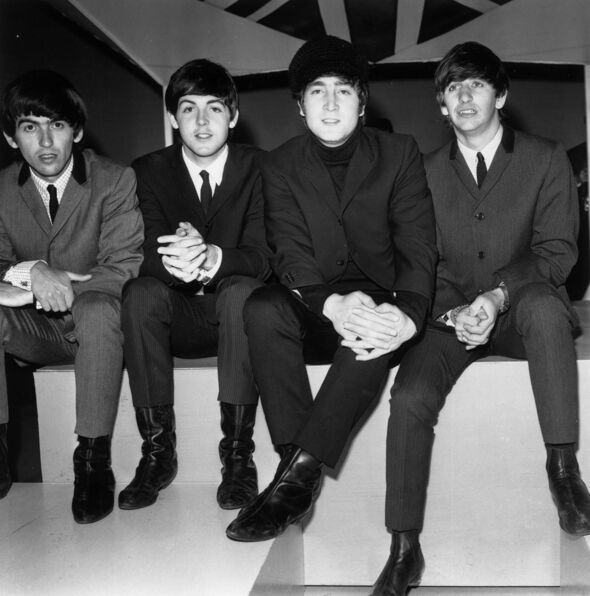 Paul later added that the band grew up together and leaened everything about playin music together.

He said: “And I think that was one of the strengths of The Beatles, that none of us knew what we were doing so we had to discover the root for ourselves and each of us discovered it together at the same time so that was lovely.

“There was no kind of, ‘Oh, wait a minute, show me, let me take those chords down.’ It was like, no, no, no, no, we’d grown up together so we just read each other.” 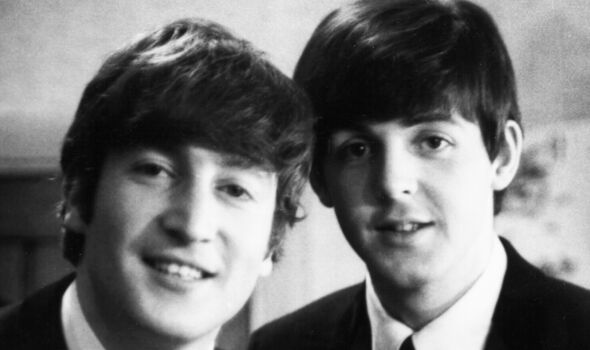 The Beatles famously and acrimoniously split in 1970, after the recording and release of Abbey Road.

Relationships between all four band members were strained for years, but Paul is able to look back now with great affection and positivity on what they went through and created together.

He saidd: “You think, ‘Wow, how lucky was I to meet this strange Teddy boy off the bus who turned out to play music like I did? And we get together!’ And, boy, we complemented each other. It was a bit yin yang.

“They say with marriages opposites attract and I think we weren’t like madly opposite, but I had some stuff he didn’t have, and he had some stuff I didn’t have. So when you put them together it made something extra, which I think was this.”

Paul says he can now look back an see how their partnership and rivalry encouraged them both to be better and to push boundaries.

The Beatles star added: “The fact that we’d come along this journey together meant that, ‘hey, we’re just gonna continue, and who knows?, we might get better.’