We’ve seen plenty of celebs get a little aggro, and even nasty, on Twitter. And it’s even more common to see A-listers (and B, C, and D-listers for that matter) have to issue a long apology after someone dredges up offensive tweets from a decade ago. See: Chrissy Teigen apologizing for cyberbullying Courtney Stodden.

One such celeb is Blake Shelton, Gwen Stefani’s possible husband and 2017’s Sexiest Man Alive, who has definitely made some critical errors in judgment when it comes to acceptable Twitter behavior. At one point, he was even forced to apologize for some Very Bad Tweets, saying, “Everyone knows comedy has been a major part of my career and it’s always been out there for anyone to see. That said anyone that knows me also knows I have no tolerance for hate of any kind or form. Can my humor at times be inappropriate and immature? Yes. Hateful? Never. That said I deeply apologize to anybody who may have been offended.”

So what were these “jokes,” anyway? And is Shelton actually that sorry, though? Let’s take a look.

Blake Shelton has some (more) explaining to do 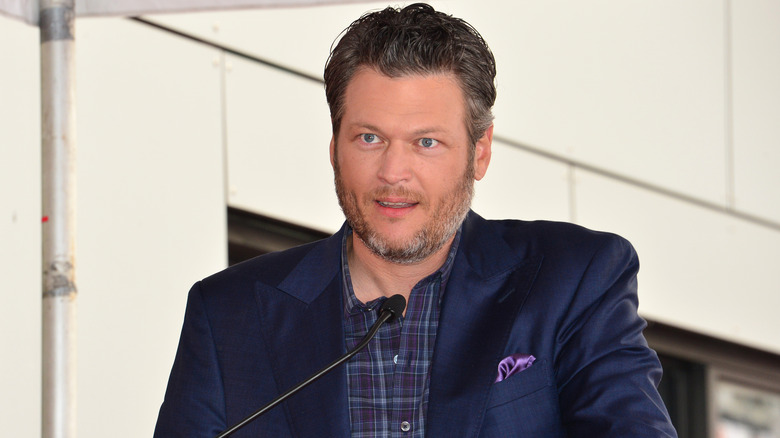 For one thing, Blake Shelton has a habit of clapping back way too hard, like when a fan tweeted that she no longer liked his music. Shelton decided to respond to the ex-fan’s disparaging tweets, commenting, “Someone who doesn’t know me at all can’t stand me!!! How will I live?!!” He didn’t stop there, however, continuing to respond: “I’m starting to realize that maybe you’re a little slow..? I’ll help you. If you don’t like me then why follow me?” and “And to any haters out there.. Have yourself a nice warm cup full of camel balls..” OK then.

But the Shelton tweets that really crossed the line were the ones screenshotted and shared by another Twitter user, which were widely decried as homophobic and racist. For example, one read, “Grown men who wear Chuck Taylor’s may as well write on their foreheads ‘Cucumbers turn me on!!!'” In another, Shelton wrote, “Question for my gay followers … are skittles ya’ll’s favorite candy?” And in 2011 Shelton tweeted, “Wish the d**khead in the next room would either shut up or learn some English so I would at least know what he’s planning to bomb,” via CNN.

You know, comedy! That’s a big ole yikes from us.

Blake, Shelton, That, Tweets, went
You may also like: