Follow
Home » Music » Bob Dylan review: The old boy has still got it

Bob Dylan review: The old boy has still got it 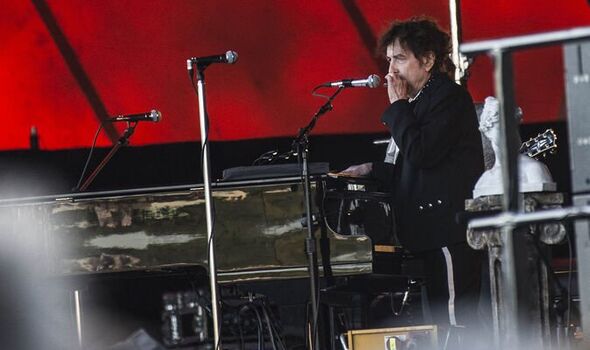 But Bob Dylan isn’t like most artists. And as ever, his return to the UK doesn’t play by any of the rules.

This troubadour makes his own rules and judging from his mercurial return to these shores, it’s quite clear this is no swan song for the 81-year-old.

He could quite easily slap together a show of crowdpleasers from his 60+ year career – in fact, that would have made many in the audience here in Wales on Wednesday quite happy – but he was never going to do that.

Instead, these shows, his first in the UK since the pandemic, eschew expectations, something he’s been doing for nigh on 60 years, and they’re all the more beguiling for it.

The set list in Wales, as it has across the US and Europe, is focused almost entirely on the Nobel Prize winner’s 2020 album Rough and Rowdy Ways, another late-career corker which dropped in the middle of the pandemic riffing on everything from western civilisation to his own mortality reminding the whole world what a singular talent he remains.

Like the album itself, the world he conjures here is sepia-tinged, timeless and otherworldly, all dappled light, strutting blues riffs, lap steel guitars and, of course, Dylan’s own oft-imitated, never equalled gravel-voiced delivery, which sounds as elemental as it ever has.

Hell, to complete the bygone feel of these gigs even professional photographers and all mobile phones are banned with audience members ordered to lock them away in magnetic pouches for the duration of the show.

The result is to transform, for a couple of hours at least, the otherwise featureless Motorpoint Arena in Wales’ capital into an intimate and moody blues club from another time.

Highlights included the majestic Key West, all 10 minutes of it, and a beautiful rendition of The Band-era When I Paint My Masterpiece.

It’s incredible to hear the most lauded artist of his generation still ringing new meaning out of a song he wrote more than 50 years ago about striving to create a true masterpiece.

Arthritis renders guitar pretty much off-limits for Dylan these days, so he spent the night tinkling the ivories of an upright piano alongside his brilliant band.

His playing is actually something of an unexpected highlight and it was never more evident than on the beautiful closer, Every Grain of Sand, from 1981’s oft-derided Shot Of Love album. It even included the night’s only harmonica solo, much to the crowd’s delight.

These shows certainly aren’t for everyone and it’s clear from the conversations in the crowd en route to the event that not everyone is overly delighted with what they’ve witnessed. Dylan splits the crowd, always has, and if you go to these shows expecting a singalong to the old classics, you’ll no doubt be left wanting.

But if you want to witness the greatest artist of the 20th century showing the 21st century why he will never yield; why he’ll never stop searching for that masterpiece, then you’ll be left just as mesmerised as me.