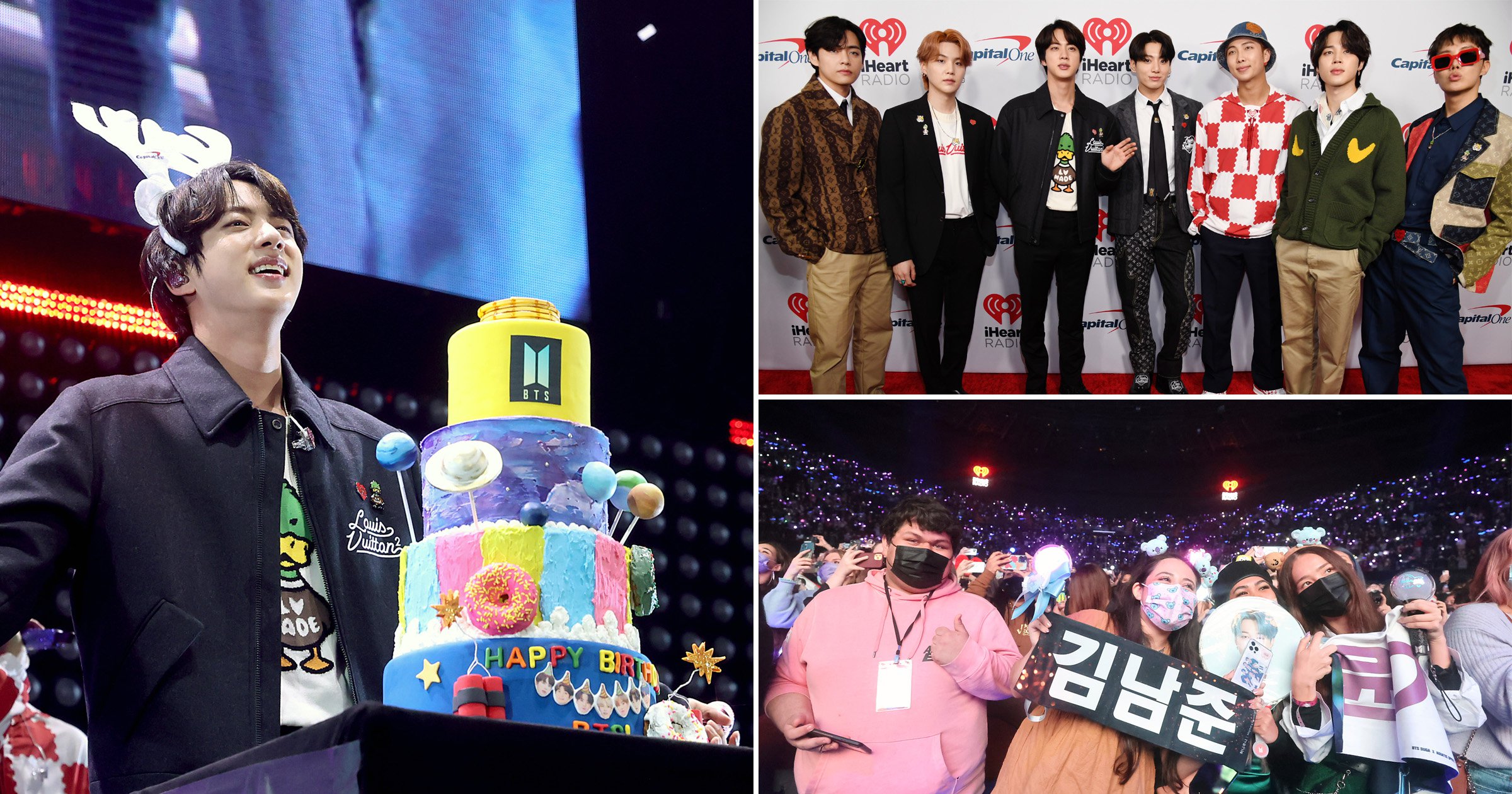 BTS member Jin had a 29th birthday he will certainly never forget as he celebrated at the Jingle Ball in Los Angeles.

The k-pop star performed with his band mates – Jimin, Jungkook, J-Hope, RM, V and Suga – at the iHeartRadio 102.7 KIIS FM bash, presented by Capital One at The Forum on Friday night.

He was presented with the most epic cake by radio host JoJo Wright.

Pictures show the singer beaming with the delicious creation, which had three tiers and featured a BTS logo and pictures of the band’s faces.

The colourful cake was also covered in cake pops and doughnuts, which the guys will have enjoyed tucking in to after their performance.

The group took to the stage to delight screaming fans with their hit single Butter at the event, as well as a special festive remix of their song Dynamite.

Fans surely had the time of their lives watching their favourite band in action, as audience members made special signs and came kitted out in merchandise.

BTS’ appearance at the concert comes after they performed their first in-person gig since 2019.

Thousands of fans flocked to LA from countries all over the world to see them on their Permission to Dance On Stage: Live Play tour.

The band are proving to be unstoppable at the moment, as they also stole the limelight at the American Music Awards by bagging three awards, including major prizes artist of the year and favourite pop song for Butter.

They are showing no signs of slowing down either as, at a recent concert, Suga manifested a world tour for 2022, saying: ‘I’ve a good feeling about this. Soon we’ll be able to tour all around the world doing a stadium tour again. We’ll go where ever you are, thank you ARMY, I love you.’

We can’t wait for the day to come!

'It's F-cked Up to Try and Discredit My Writing': Taylor Swift Fires Back at Blur's Damon Albarn