Vogue Korea recently published interviews with Jin, Suga, J-Hope, RM, Jimin, V, and Jungkook of BTS on Dec. 21. While speaking with the magazine, V of BTS discussed his songwriting process and how he finds “inspiration from everyday life.” This led to V revealing that he recently cried while watching the movie Forrest Gump.

In his interview with Vogue Korea, V of BTS revealed that he recently sat down and watched Forrest Gump. While watching the movie, V found that the movie “was sad.”

“I try to get inspiration from everyday life,” V told Vogue Korea about writing songs. “I think my daily life is already special, to say nothing of going on trips or experiencing special events. These days, I get a lot of inspiration from the work of others. Yesterday, I watched Forrest Gump for the first time in a while, and it made me cry a little.”

The BTS singer added, “At the end of the film, Forrest says, ‘I don’t know if we each have a destiny, or if we’re all just floating around accidental-like on a breeze,’ and I really felt for him. It was sad.” 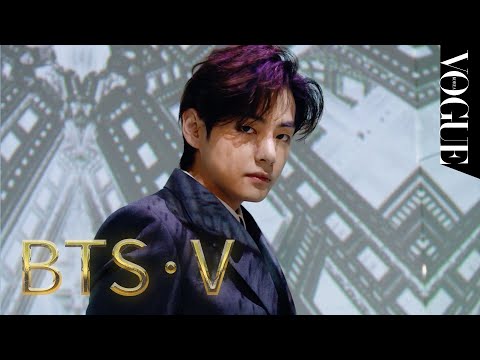 Speaking with Vogue Korea, V went into detail about how much he appreciates BTS’ fans, ARMY. The BTS singer is known for frequently chatting with fans on the community platform Weverse.

“I want to be close friends with the members of ARMY, and I talk to them on Weverse whenever I have a problem or something I want to share,” said V. “This is how I want to interact all the time — I don’t like a businesslike approach to anything. I take photos because I like to, I do things because I like them and I approach people because I like them. I accept that you sometimes need a business mindset, but I’m not very good at that. That’s my weakness.”

It’s not a secret that BTS are a household name. Because BTS have so many fans, V told Vogue Korea he tries to spread kindness wherever possible.

“Because I’m loved by many, I want to share that love,” he said.

V depends on the members of BTS

When feeling down, V shared that he knows he can count on Jin, Suga, J-Hope, RM, Jimin, and Jungkook to help him.

“Many people already know this, but what my father used to say is, ‘It’s no big deal!’ and that still gives me strength to this day,” V told Vogue Korea.

The BTS singer added, “Also, my groupmates tell me that I can lean on them and talk to them whenever I’m having a hard time. When I’m struggling, they comfort me as Taehyung Kim, not V.”